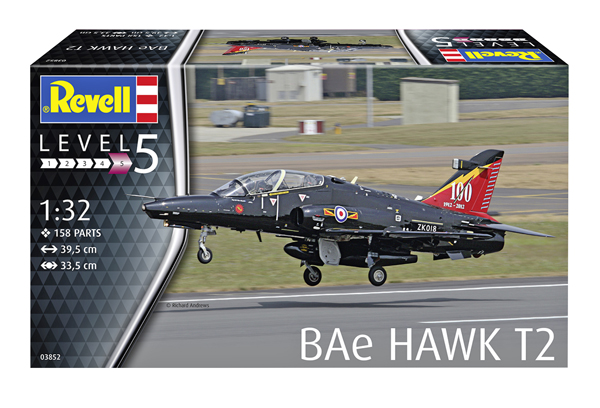 Time to get creative!

Always being a great fan of Royal Air Force aircraft in reality and in kit form means that the release by Revell of the Kinetic BAe Hawk T.2 1:32 kit that has some photo-etch accessories means that there’s an opportunity here.

As you can see, the Revell/Kinetic Hawk T.2 can make up into a very nice looking model – here’s a photo of the manufacturer’s completed model… 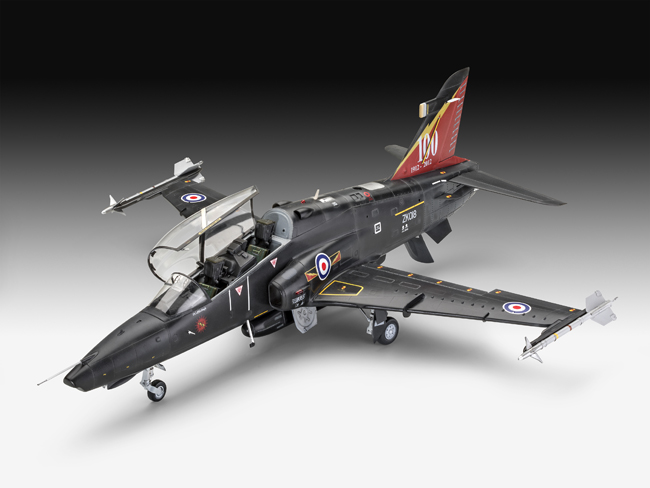 Ok, so this project has its roots in a recent podcast I did with Ben Skipper when we discussed all things ‘What-If’ that ranged far and wide. The topic of the RAF Red Arrows came up (don’t ask me how!) and I know that their current steed in the BAe Hawk T.1 is now long in the tooth. I have no idea how long the MOD/RAF can keep these aircraft flying, or would want to from a safety perspective, given that they entered service with the RAF in the early 1980s, making many of the airframes around 40-plus years old!

So… what will be their replacement? If you want to hear more discussion on that, check out the podcast. Suffice to say, the RAF/MOD has always selected a home-grown aircraft type and so the current BAe Hawk T.2 must be in the running? Well, that may or may not actually be the case and a friend of mine who has first hand knowledge of flying the T.2 thinks that there is considerable doubt about whether it could perform for The Reds, in the same way as the T.1. Surely the RAF couldn’t buy an overseas produced type? I mean, that would defeat much of the appeal of using the Reds for overseas trade missions, promotion of all that’s British etc etc?

Well, whatever the political issues, I’ve decided that it would be really great fun to build this project as a Royal Air Force Red Arrows replacement – including new scheme and all! I love the Reds, always have, and I just think the release of the Revell/Kinetic kit and some imagination could lend itself to a really exciting and creative ‘What-If’ project – I hope that you agree?

Let’s start by taking a look at the current/recent BAe Hawk T.1 – mainly from the point of view of paint scheme. Obviously there’s the Red Arrows Red overall paint scheme with white fuselage striping and outline to a large arrow underneath and the stylised Union flag on the fin. 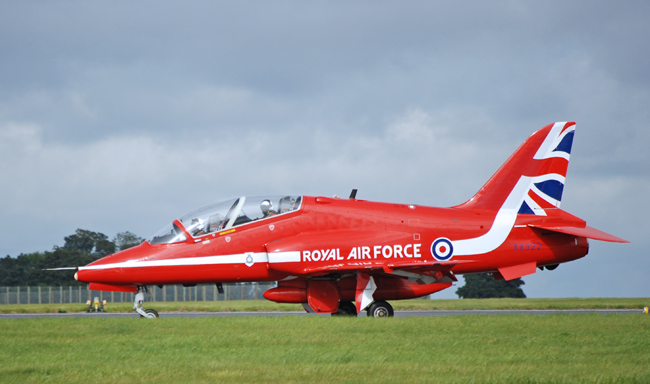 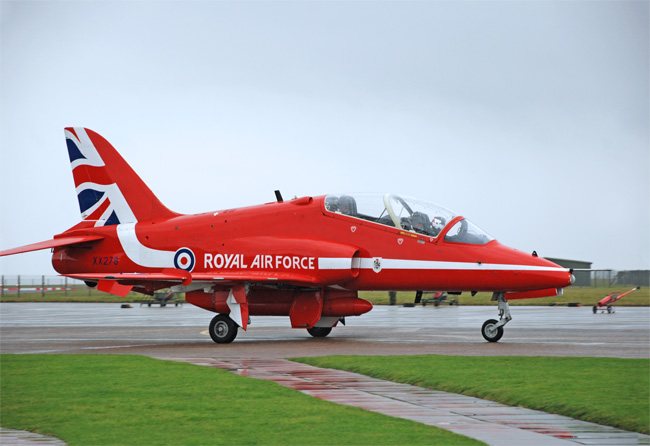 I’m keen to preserve the overall Red Arrows Red colour and also incorporate the Union flag in some way too and try and get a bit more creative, yet try and stay believable.

In terms of fit, the T.2 has quite a different look to me – nose profile, wing tip design for the AIM-9 Sidewinder AAMs and what to carry on the centreline stores station. Red Arrows Hawk aircraft have always retained the capability to fit weapons stores, like AAM AIM-9 Sidewinder rails and the T.2 wing tips would, I believe be retained to allow for this, should the T.2 enter service in the display/demonstration role. The Reds need to carry a tank with the coloured die that’s injected into the exhaust gasses that forms their telltale smoke trails.

Other than that, the airframe should be pretty clean I guess, given the aerobatic nature of their performances – around 100 each year in normal times.

Let’s take a look at the kit in more detail (it’s just arrived!)…

Having now got my hands on the Revell/Kinetic kit I’m more excited than ever to get started. I love the size of the model – bigger than I thought and the fact that it has a suitable centreline tank that shouldn’t need any mods is an advantage. I suspected that this Revell release is in fact the original Kinetic kit and that’s confirmed. A great feature are the dropped flaps – almost always very apparent on parked Hawk aircraft – yes!

The back end will be an easy mod, just needing the three small pipes that eject the coloured dye into the jet exhaust to make smoke – I’ll use small sections of wire for these.

Apart from that, I think that I can focus on the paint scheme and see what I can come up with. I’ve been giving this more thought and I keep getting drawn back to a more conservative approach that the RAF/MOD would authorise, but maybe I shouldn’t be bound by that! I do want it to be believable though – even if we are creating a What-If project!