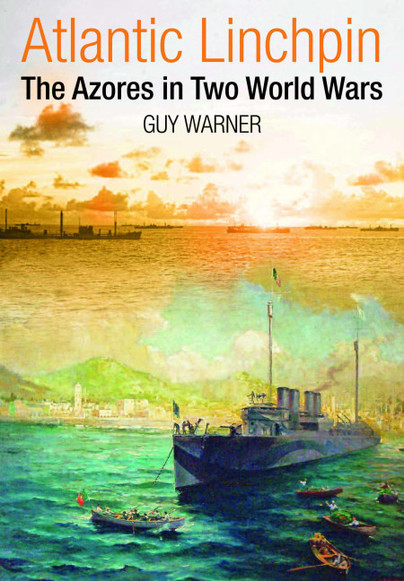 Get this title here now at Seaforth, Pen & Sword

On a map the Azores appear as nine tiny specks in the middle of the Atlantic Ocean, but their location was to prove strategically vital in two world wars The Atlantic became a crucial battleground twice within the space of 25 years, as the US ‘arsenal of democracy’ sent firstly stores, arms and equipment, followed by many thousands of troops to fight in Europe. In both desperate and closely fought struggles at sea, Germany sought to stem the flow and thereby win the war, by cutting this vital lifeline, using a new weapon – the ocean-going submarine.

In the First World War the Azores became a mid-Atlantic refuelling location, a base for US and Portuguese naval vessels and – in a hugely innovative contribution to the anti-submarine war – for the patrol seaplanes and flying boats of the US Marine Corps. Portugal was neutral during the Second World War but when Winston Churchill invoked a treaty dating from 1373, permission was given in 1943 for an RAF Coastal Command base to be very rapidly established at Lagens. From there convoys could be protected and U-boats could be harried and sunk, so closing the notorious mid-Atlantic gap. Later, it also became an important staging post for US aircraft, as it had been in the previous conflict.

The significance of the Azores has been overlooked in most military histories, but this extensively researched and copiously illustrated book from historian Guy Warner provides a detailed but balanced appraisal. The author has had access to archives and photographic collections in the UK, USA, Portugal and the Azores, consulting with local historians to produce a book that sheds much new light on a hitherto under-appreciated facet of twentieth-century history.