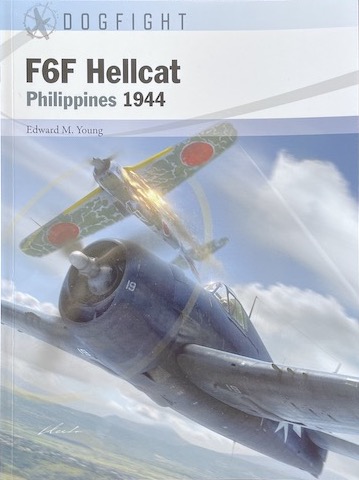 Using maps, contemporary photographs, and new artwork, this book examines the Hellcat and the naval aviators who flew them.

Joining combat in the Pacific in late 1943, the Hellcat squadrons soon demonstrated their ascendency over their Japanese opponents, culminating in the great “Marianas Turkey Shoot” during the Battle of the Philippine Sea in June 1944. The fighter proved to be a dream for pilots to fly, allowing both novice and veteran Naval Aviators alike to prevail in large scale aerial combats. From October 1944 to January 1945, the Fast Carriers supported General MacArthur’s invasion of the Philippines.

Featuring specially commissioned armament views and battle scenes, this book covers the key role played by Naval Aviators flying the Hellcat into action during the Fast Carrier Task Force’s strikes against the Philippines in September and October 1944. Using maps, contemporary photographs, and technical diagrams, the volume examines the highly effective tactics used to prevail against large enemy formations, and reveals the training that underpinned the success enjoyed by the Naval Aviators and their Hellcats. The key combat actions are vividly described through 3D ribbon diagrams providing a step-by-step depiction of the main dogfights featured in the book, as well as action reports, both from previously unknown pilots and from more famous Hellcat aces.