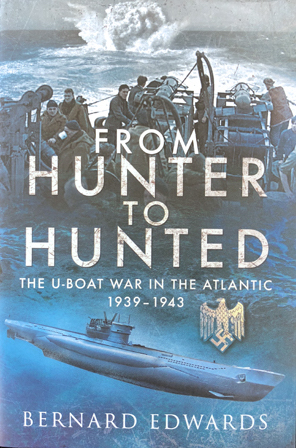 Get this impressive title here now at Pen & Sword

Take a browse inside with me here 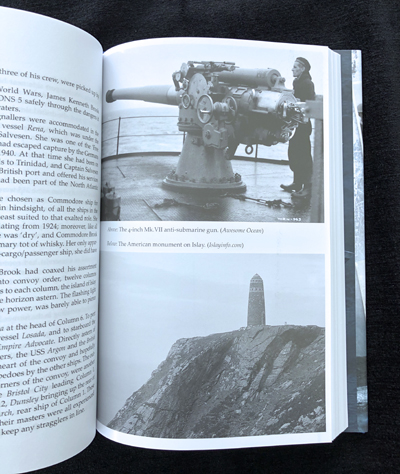 In the early stages of the Second World War, Donitz’s U-boats generally adhered to Prize Rules, surfacing before attacking and making every effort to preserve the lives of their victims’ crews. But, with the arming of merchantmen and greater risk of damage or worse, they increasingly attacked without warning.

So successful was the U-boat campaign that Churchill saw it as the gravest threat the Nation faced. The low point was the March 1943 attack on convoys SC122 and HX229 when 44 U-boats sank 22 loaded ships.

The pendulum miraculously swung with improved tactics and technology. In May 1943 out of a force of over 50 U-boats that challenged ONS5, eight were sunk and 18 were damaged, some seriously. Such losses were unsustainable and, with allied yards turning out ships at ever increasing rates, Donitz withdrew his wolf packs from the North Atlantic.

Expert naval author and historian Bernard Edwards traces the course of the battle of the Atlantic through a series of thrilling engagement case studies.