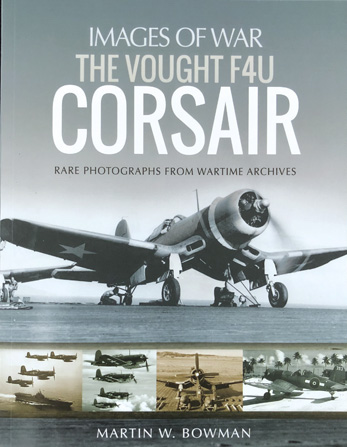 I like this title a lot. It’s well written and researched, not to mention the excellent photographs showing operational aircraft of the period – not many but what there are will be extremely useful to scale modellers looking to build the type in any scale. There are some great ideas for vignettes, bases and diorama settings 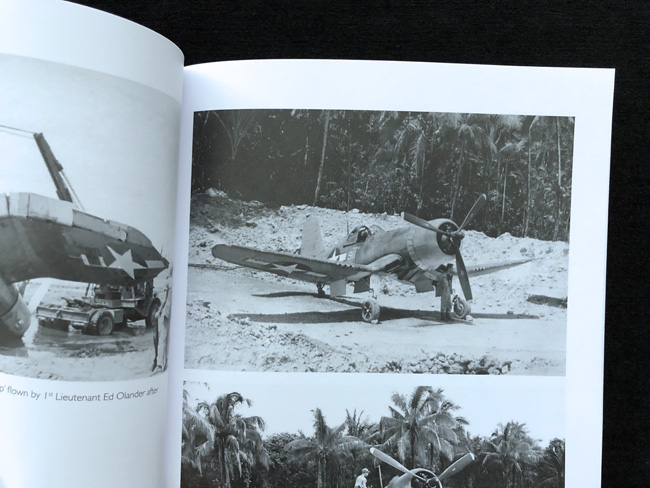 First flown in 1940, the prototype Vought F4U Corsair instantly became the fastest fighter in the world and the fastest US aircraft of any description. Powered by a huge 18-cylinder Pratt and Whitney Double Wasp engine driving an enormous 13 feet 4 inch propeller, the first Corsairs were capable of 417mph. This figure would rise to nearly 450mph in later versions.

Production began in 1941, not only by Vought but also by Goodyear and Brewster, and the F4U entered service with the US Navy in September 1942. The aircraft subsequently came to be extensively used from land and sea by the US Marines, Royal Navy and Royal New Zealand Air Force. Famous squadrons like VMF-214 ‘The Black Sheep’ and VF-17 ‘Jolly Rogers’, along with many others, maintained total ascendancy over the Japanese for the rest of the war – a remarkable achievement for a single type.

After the Second World War the Corsair remained in production and was used with distinction by the French in Indo-China and again by the US Navy in Korea. Since then Corsairs have achieved significant success in air races and more and more are being restored to fly for museums and warbird enthusiasts the world over.

This comprehensive new book combines technical information and detailed development history with a fascinating combat history told, in many cases, by the Second World War and Korean War pilots themselves. Well researched, readable and illustrated with scores of rare and previously unpublished photographs, Vought F4U Corsair is the perfect book for any fan of the ‘bent wing bird’. 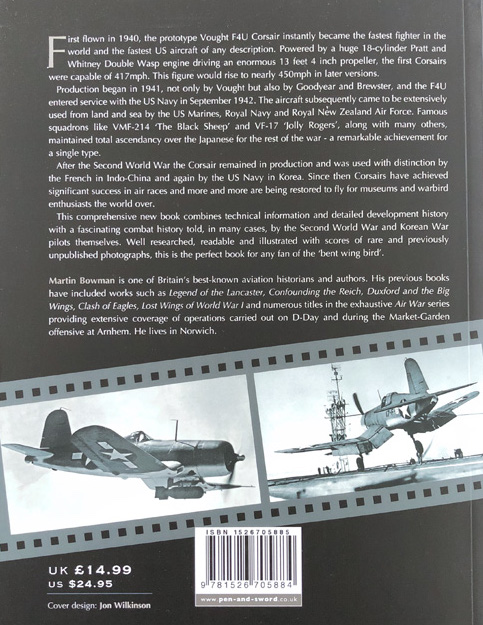