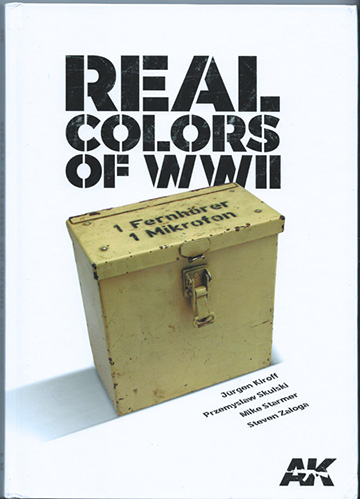 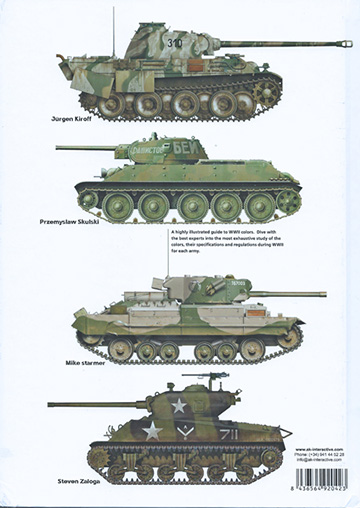 A few months ago I reviewed a volume from AK Interactive entitled Dioramas F.A.Q. which AK described as their “Best Title Ever”, this book may prove them wrong!
It was published late last year, around the time of Scale Model World, and the launch of AK’s new series of Real Colors paints, as a limited edition but I see that copies are still available from most book sellers.

If you are in the least bit involved in the modelling of World War 2 equipment, be it armoured vehicles, soft-skin, artillery or equipment, this book is almost indispensable.

The four authors, with the help of other experts, have individually researched the paints used by German, Russian, British and American forces in camouflaging their vehicles and equipment and have come up with what is virtually the definitive answer.

Printed with care on high quality glossy paper and containing rare colour and b/w illustrations, it shows use of the paints not only on vehicles but on all manner of equipment such as helmets, Notek lights, ammunition boxes and the like (including up-to-the-minute colour shots of unrestored items), the authors have clearly illustrated most of the colour and camouflage variations of the four main combatants in Europe and North Africa. (Strangely, Italian colours are lacking). As a bonus, a full colour card of all the paint colours discussed in the book is included as a separate item. It’s interesting to note that, whereas the Soviets regularly used eight colours, the Germans used thirty-five!

There are full sections discussing the German RAL colour system and colour photos of the actual colour sample cards are there which conclusively show the answer to the RAL7028 Dunkelgelb problem. 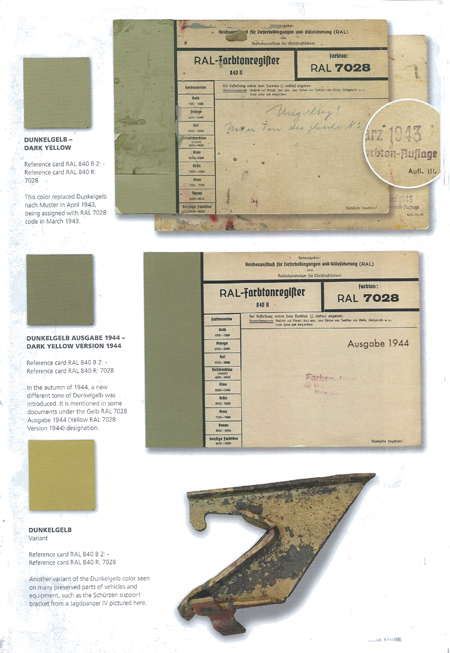 While the German section is huge owing to the vast number of variations of paint used, the other three forces are not neglected with Steven Zaloga looking carefully at the surprising number of camouflage schemes used by the US Army not to mention the four Olive Drab variations. The Soviet section is slim at fourteen pages compared to the ninety-eight of German, thirty-two of British and fifty odd of the US Army. The British section, written by Mike Starmer is very comprehensive with many illustrative camouflage diagrams showing vehicles at all stages of the war from the entry into France and Belgium of the BEF via the Caunter Scheme right through to the conclusion of hostilities. 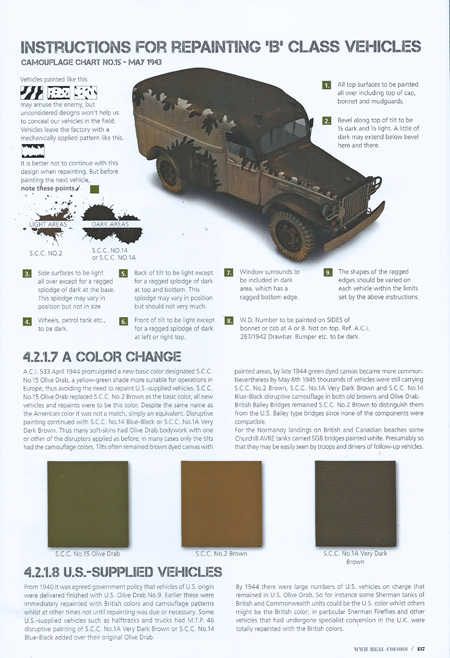 Summing up, this is a phenomenally useful volume guiding all modellers to resolve which colours were used on what, when and where. Obviously, AK intend you to buy their new paint range, but that’s your own decision.