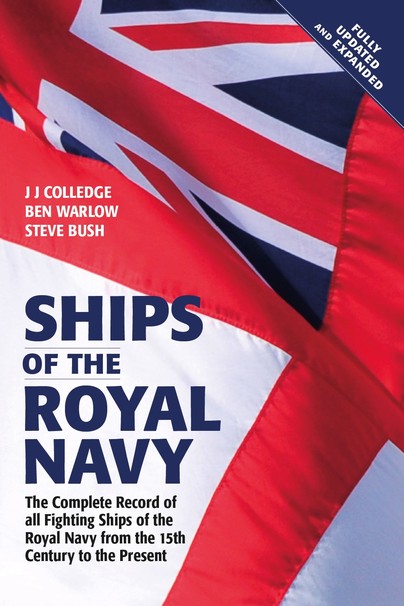 This is the fifth fully revised edition of a book first published in 1970. This longevity is testimony to its enduring value as a reference work – indeed, ‘Colledge’ (as it is universally known) is still the first stop for anyone wanting more information on any British warship from the fifteenth century to the present day when only the name is known. Each entry gives concise details of dimensions, armament and service dates, and its alphabetical and chronological arrangement makes it easy to track down the right ship (otherwise the Royal Navy’s tradition of re-using the same names can be misleading).

This new 5th edition contains some 200 new entries and revisions to many older entries. These reflect the demise of the post-Cold War ships as the Royal Navy was shrunk down as part of the peace dividend, and successive defence reviews saw the loss of significant ships classes such as the Type 42 destroyers, Type 22 frigates and the Illustrious class carriers. It is now being re-equipped in the face of new global challenges and has seen the introduction of the Queen Elizabeth class carriers, the largest ships ever built for the RN; the Type 45 destroyers; and Type 26 frigates and new patrol ships which will take on more global policing roles. Submarines should not be forgotten and the Cold War S class and T class are being replaced by the Astute class submarines, and the deterrent role, presently undertaken by the Vanguard class, is to be carried forward by the Dreadnought class submarines. Also included are the new RFAs which are increasingly taking on frontline operations to release the small number of escorts to more combative roles. In addition, there are updates to the Royal Australian, Canadian and New Zealand navies which have programmes to introduce new destroyers, Arctic patrol vessels, submarines and support ships.

Since the death of Jim Colledge, who was widely respected for his pioneering research on the technical details of warships, his magnum opus has been updated, corrected and expanded with similar enthusiasm and attention to detail by Ben Warlow, a retired naval officer and author of a number of books in the field. 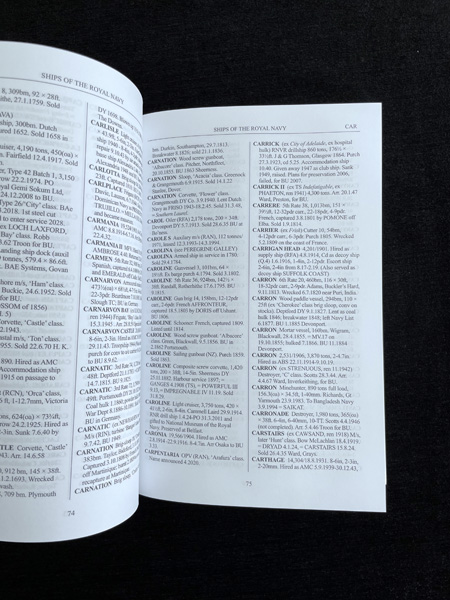 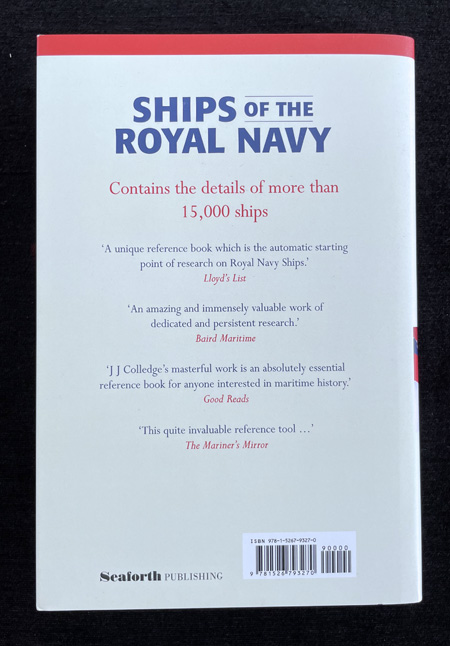