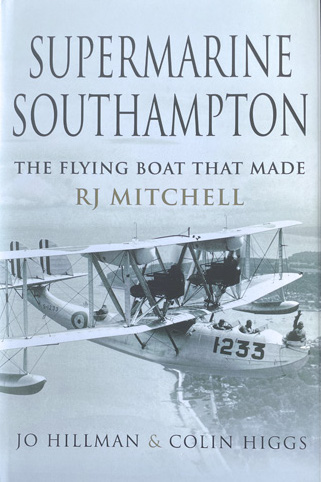 The Supermarine Southampton was the first in a series of successful flying boats designed by Supermarine’s R.J. Mitchell and was the first one to be designed for the RAF after the First World War. Produced between 1924 and 1934 it entered into RAF service in 1925 and became the second longest serving (behind the Short Sunderland) and one of the most successful of the inter-war flying boats.

In an unusual move for the times, the Air Ministry ordered six Southamptons straight from the drawing board as the design had been based on the success of the experimental Supermarine Swan amphibious aircraft. So successful was the aircraft that a further twelve were ordered in July 1925.

The Southampton was a hugely successful aircraft for the RAF, the aircraft’s main sponsor, and was used for reconnaissance duties and as a patrol aircraft. It became best known for a series of publicly lauded long-distance flights, the intention of which was partly ‘flag waving’ and partly for gaining valuable experience of flying boats in remote waters. The 1927 Far East Flight became known for the Southampton’s display of its prodigious range and reliability.

The Southampton was a very successful series of flying boats with sales also being made to Argentina, Turkey and Japan almost doubling Supermarine’s business in just a few years. A total of eighty-three of all types were built, all of which are revealed in this unrivalled collection of archive images, the majority of which, having been drawn from private collections, have not been published before.