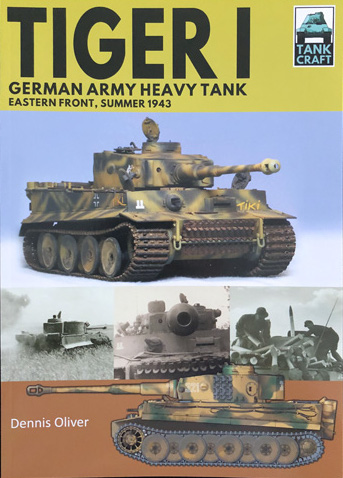 This is another excellent title in the Tank Craft series. The quality of modelling is high and will prove invaluable to any of you armour modellers thinking of building a Tiger I. 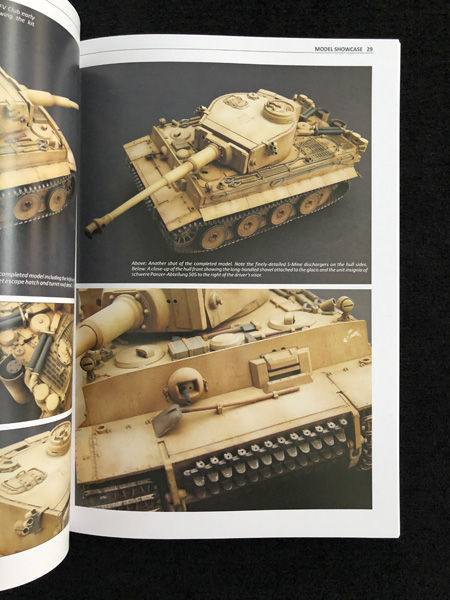 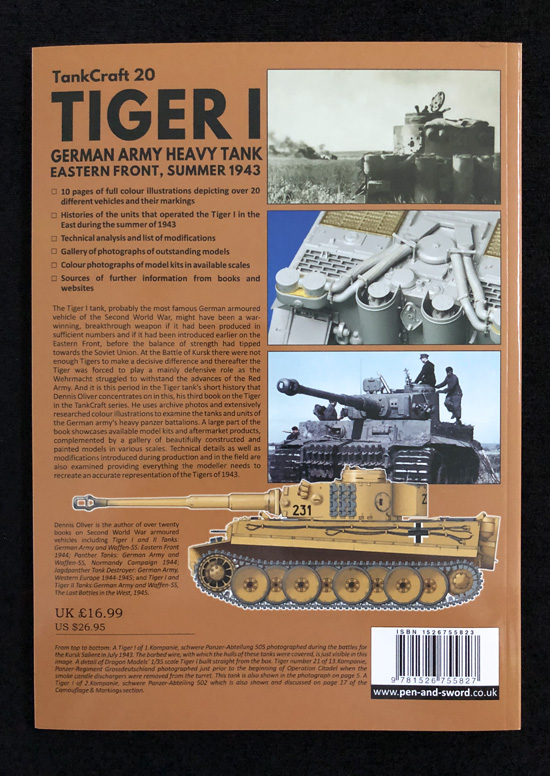 The Tiger I tank, probably the most famous German armoured vehicle of the Second World War, might have been a war-winning, break-through weapon if it had been produced in sufficient numbers and if it had been introduced earlier on the Eastern Front, before the balance of strength had tipped towards the Soviet Union. At the Battle of Kursk there were not enough Tigers to make a decisive difference and thereafter the Tiger was forced to play a mainly defensive role as the Wehrmacht struggled to withstand the advances of the Red Army. And it is this period in the Tiger tank’s short history that Dennis Oliver concentrates on in this, his third book on the Tiger in the TankCraft series.

He uses archive photos and extensively researched colour illustrations to examine the tanks and units of the German army’s heavy panzer battalions. A large part of the book showcases available model kits and aftermarket products, complemented by a gallery of beautifully constructed and painted models in various scales. Technical details as well as modifications introduced during production and in the field are also examined providing everything the modeller needs to recreate an accurate representation of the Tigers of 1943.