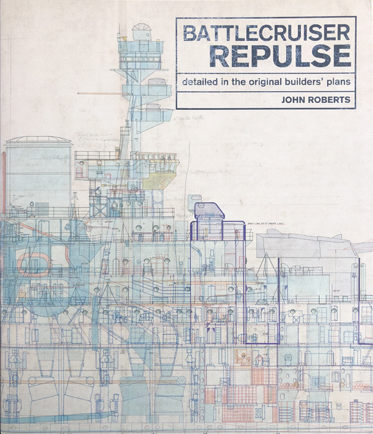 Detailed in the Original Builder’s Plans

Take a look inside this title now… you’ll be glad you did!

The technical details of British warships were recorded in a set of plans produced by the builders on completion of every ship. Known as the ‘as fitted’ general arrangements, these drawings represented the exact appearance and fitting of the ship as it entered service. Intended to provide a permanent reference for the Admiralty and the dockyards, these highly detailed plans were drawn with exquisite skill in multi-coloured inks and washes that represent the acme of the draughtsman’s art.

Today they form part of the incomparable collection of the National Maritime Museum at Greenwich, which is using the latest scanning technology to make digital copies of the highest quality. This book is one of a series based entirely on these draughts which depict famous warships in an unprecedented degree of detail – complete sets in full colour, with many close-ups and enlargements that make every aspect clear and comprehensible. Extensive captions point the reader to important features to be found in the plans, and an introduction covers the background to the design.

The subject of this volume was one of the last battlecruisers, elegant ships which combined a powerful armament with high speed, but much criticised for their light protection. Throughout their existence, they were controversial – three were sunk at Jutland – and Repulse herself was famously lost to Japanese air attack at the outset of the Pacific War. Nevertheless, the type was highly prized: Repulse and her sister Renown were the only capital ships given sufficient priority to be designed, built and completed during the course of the First World War; and substantial sums were spent on large-scale reconstruction during the 1930s. Both these phases of the ship’s life are fully documented in two separate sets of plans, which allows this novel form of anatomy to cover the whole life of the ship.