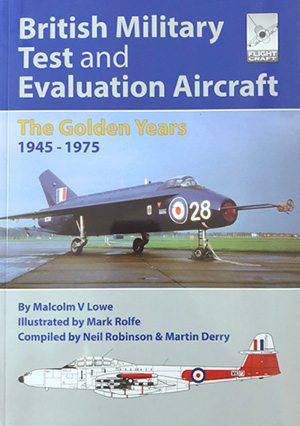 Get this impressive title here at Pen & Sword Books

This is absolutely one of my next projects – completely inspired by seeing the images in this title! 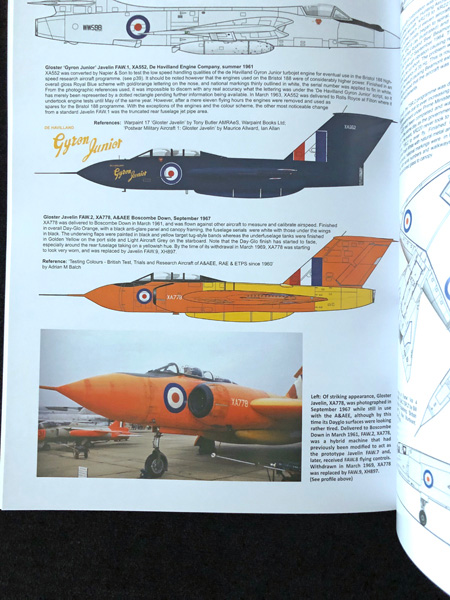 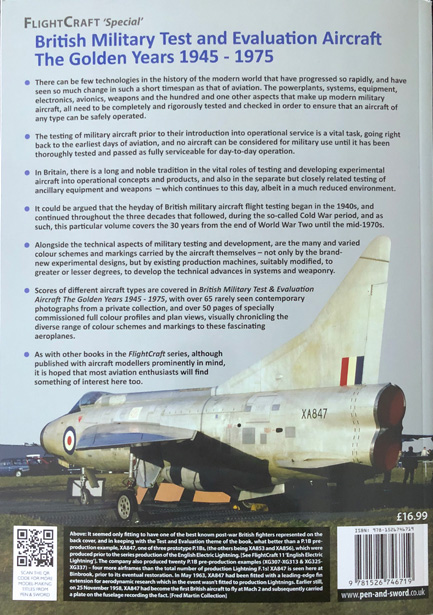 It could be argued that the heyday of British military aircraft flight testing began in the 1940s, and continued throughout the three decades that followed, during the so-called Cold War period, and as such, the authors have purposely chosen the first 30 years, The Golden Years, 1945 to 1975, from the end of World War Two until the mid-1970s, as this was arguably the most exciting period with many wonderful and new types rubbing shoulders with wartime and immediate post-war designs that were utilised for development purposes, making for an eclectic mix of shapes and colour schemes.

Alongside the technical aspects of military testing and development, are the many and varied colour schemes and markings carried by the aircraft themselves – not only by the brand-new experimental designs, but by existing production machines, suitably modified, to greater or lesser degrees, to develop the technical advances in systems and weaponry.

Compiled by Neil Robinson and Martin Derry, who have authored several other Flight Craft books, with informative background text by well known aviation historian Malcolm V Lowe and superbly executed illustrations by Mark Rolfe. As with other books in the Flight Craft series, although published with aircraft modellers in mind, it is hoped that most aviation enthusiasts will find something of interest here too.