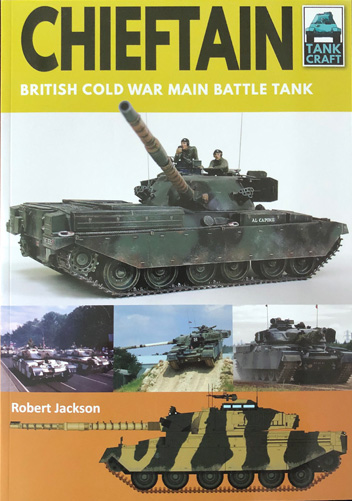 Take a good look at this title now

This title is a cracking first port of call for any scale modeller interested in creating a miniature version of the Chieftain, British Cold War Main Battle Tank (MBT). The scale modelling section is full colour with some very high quality modelling on offer. 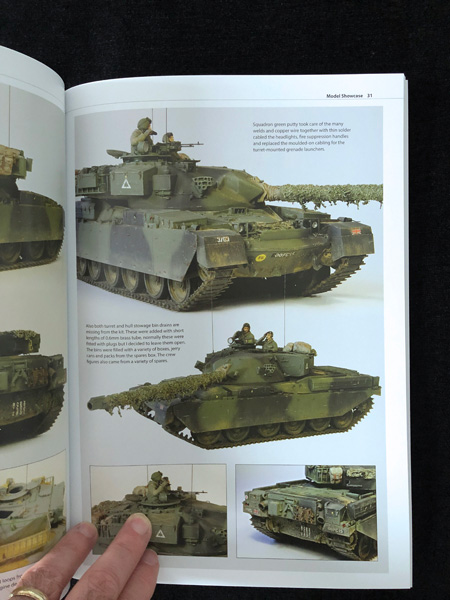 Here’s some information from Pen & Sword

The British Chieftain – designed in the late 1950s as the replacement for the Centurion – was perhaps the best main battle tank in service with Nato during the 1960s and 1970s. Its 120mm rifled main gun and advanced armour made it one of the most formidable tanks of its time, and Robert Jackson’s book is an authoritative introduction to it.

Although it was intended to fight Soviet armour on the plains of northern Germany, it was in the heat and sand of the Middle East that the Chieftain fought its major battles during the Iran–Iraq War of the 1980s, and it proved to be very effective during the Gulf War of 1991. Variants of the Chieftain were exported to Iran, Oman, India, Kenya and Nigeria, and its chassis was adapted to fulfil a variety of tasks, including armoured recovery and bridge-laying

As well as tracing the history of the Chieftain, Robert Jackson’s work provides an excellent source of reference for the modeller, providing details of available kits and photographs of award-winning models, together with artworks showing the colour schemes applied to these tanks. Each section of the book is supported by a wealth of archive photographs. 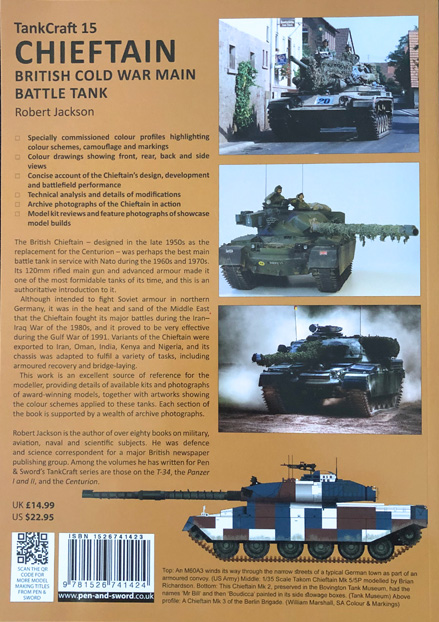