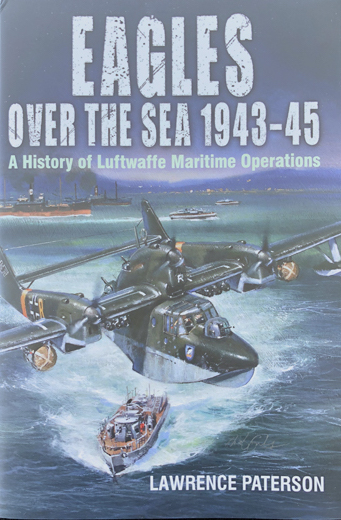 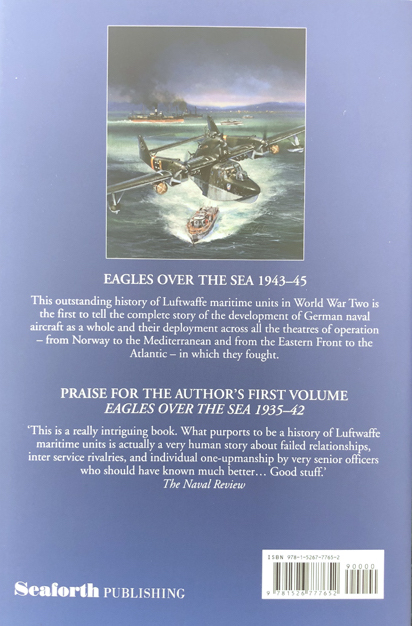 Get this title here now from Pen & Sword Books

This is the second volume of Lawrence Paterson’s detailed account of all the Luftwaffe’s naval operations during World War II. The first volume took the story up to 1942, and by the end of that year Hermann Göring’s Reich Air Ministry had subsumed nearly every aspect of Wehrmacht maritime aviation. Kriegsmarine attempts to develop an independent Fleet Air Arm had been perpetually frustrated, reflecting the chaotic nature of the Third Reich’s internal military and political mechanics.

Driven more by vanity than operational prudence, the Luftwaffe had continually thwarted the advancement of maritime aviation, and by 1942 began to reap the whirlwind it had created. The U-boat war hung precariously in the balance, the lack of well trained and properly equipped aerial reconnaissance suddenly assuming greater importance than ever before. During 1943 the nature of Germany’s war mutated and by its close the Allies were on the offensive in nearly all theatres. This volume resumes the story with Operation Torch in November 1942, when Germany faced an Allied seaborne invasion of North Africa that it was ill-equipped to counter by land, sea or air; and the spectre of even greater invasion armadas loomed on both the southern and western fronts during the months that followed. Facing the Russians, maritime air units were stripped to the bone, those precious few formations available shunted rapidly between military crisis points until barely able to function. The rise of Luftwaffe maritime operations described in the author’s first volume now became, from 1942 onwards, a fall of catastrophic proportions as frequently undertrained crews flew increasingly obsolete aircraft against odds that had become overwhelming. The Luftwaffe was paying the price for its pre-war lack of cohesive strategic planning, none more so than its beleaguered maritime specialists. The author covers this story across all the theatres of the war and in doing so gives the reader a complete and coherent picture of all the Luftwaffe’s naval operations.

Heavily illustrated throughout, this detailed and exciting narrative will be of huge appeal to both naval and aviation historians and enthusiasts.