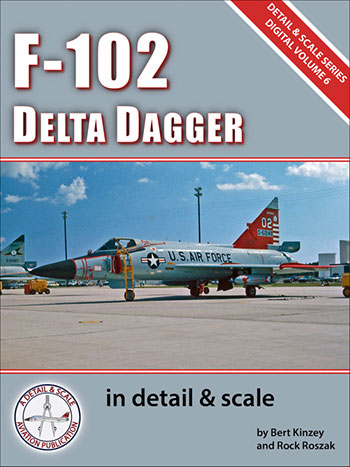 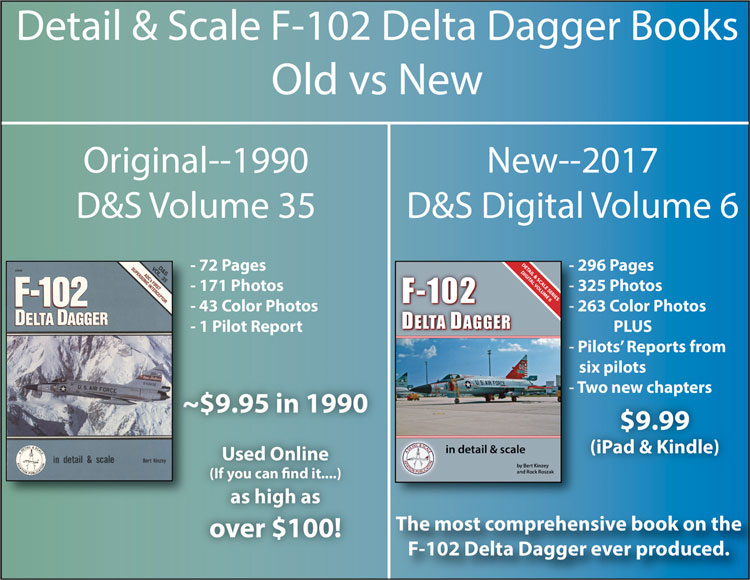 Here’s what’s in this book – info from Detail & Scale:

F-102 Delta Dagger in Detail & Scale continues the established and well known tradition of the Detail & Scale Series of publications with the most detailed look at the U. S. Air Force’s first delta-wing, supersonic interceptor ever published. The F-102 was an historically significant aircraft and was produced in greater numbers than either of its two supersonic interceptor counterparts, the F-101B Voodoo and the F-106 Delta Dart. While serving with the U. S. Air Force and the Air National Guard, it flew with some of the most colorful unit markings applied to any of the famous Century Series of fighters.

This is the latest in a number of e-books we have reviewed from Detail & Scale and like the others, such as the F-14 Part 1, F-9F Cougar and F-3, they are exceptional for the following reasons:

I simply love this series and I just hope that it continues to grow – take a look at the Detail & Scale website where you can sample this and all the other titles from this publisher.