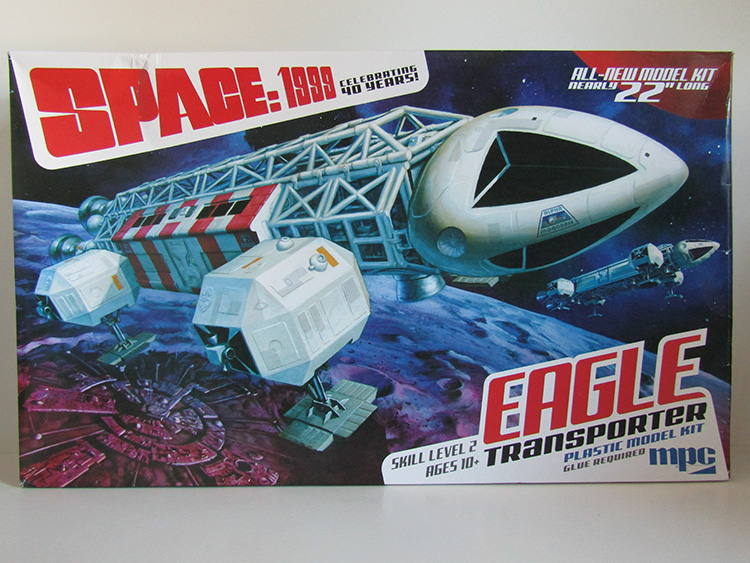 Thanks to Hobby Bounties Pte (Singapore) for sourcing the review sample

I believe all modellers will have one kit in mind that they always wanted to build, a ‘must have’ so too speak. In my case I got really excited at the release some time ago of the MPC / Round 2 larger (22” in old money) version of the Eagle Transporter from the classic sci-fi TV series Space 1999. It has been a long wait as the kits are quite hard to find, but with a new production run last year I finally I got my sticky paws on one.

The Eagle Transporter is a fictional spacecraft seen in the 1970s iconic British television series Space: 1999. The Eagles serve as the primary spacecraft of Moonbase Alpha, which had a fleet of them used to explore alien planets, defend Moonbase Alpha from attack, and to transport supplies and other items to and from the Moon. The Eagle was designed by Brian Johnson who had worked with Gerry Anderson on Thunderbirds in the mid-1960s and had produced spacecraft for the 1968 film 2001: A Space Odyssey. The Eagle spacecraft influenced the spaceship designs of Star Wars and other science fiction films and television series. 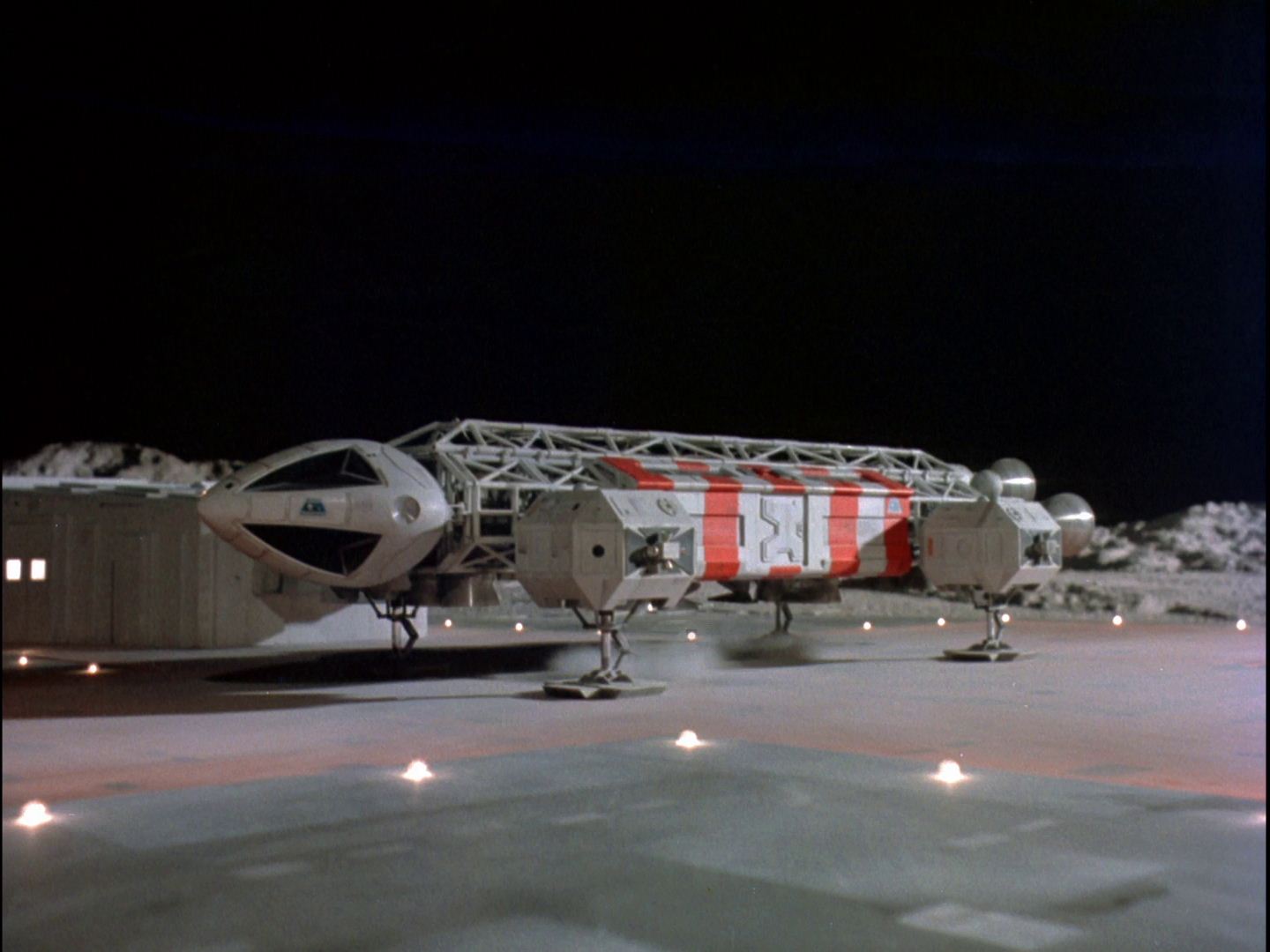 The command module of the Eagle can detach from the main body enabling it to dock with another compatible craft or for use as an emergency escape capsule. All Eagles are equipped with artificial gravity.

Several types could be used, depending on the mission: 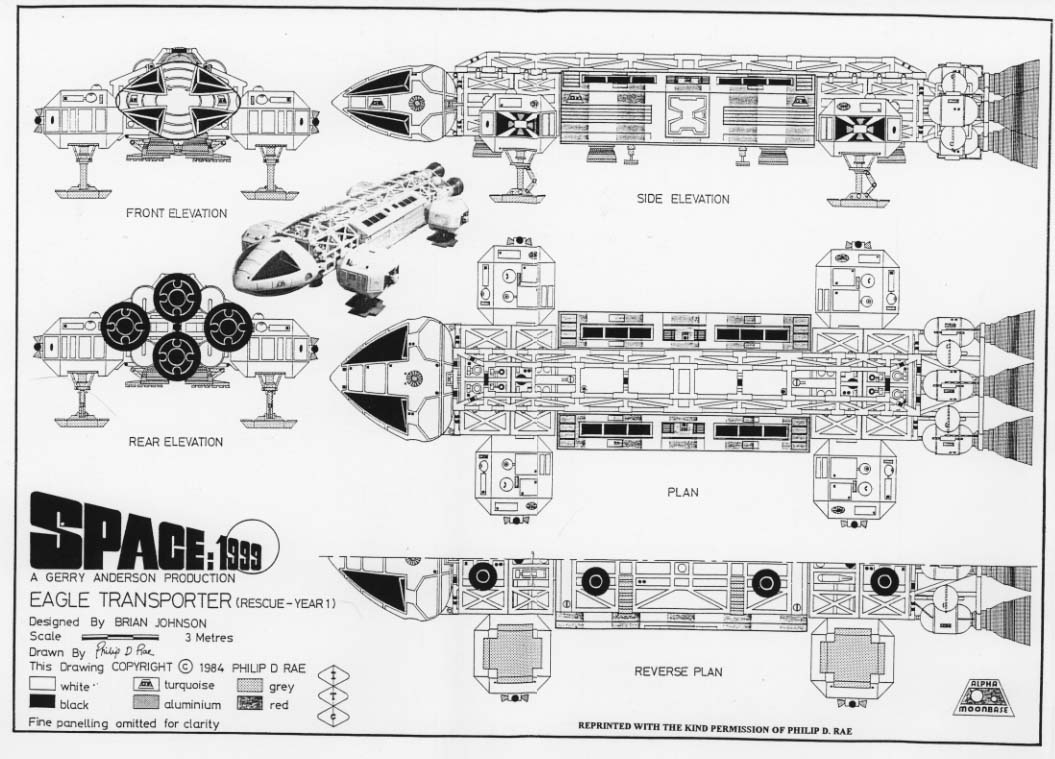 The Eagles are powered by four nuclear fusion rockets and carry fuel reserves for 48 hours of flight. Artificial gravity force fields built into the Eagle enable it to accelerate up to 15% of the speed of light, giving it a maximum range (with extra fuel reserves) of several light days. Should there be a need for higher-than-normal velocities, a set of two booster rockets can be fitted to the superstructure to augment the main propulsion system. Under ideal conditions, re-fuelling is carried out in the maintenance hangar at Moonbase; under extraordinary circumstances, provisions for in-flight fuelling are possible.

The Eagle also has the capability to enter the atmosphere of a normal-gravity planetary body, land using its chemically fueled landing rockets, and take off and return to Moonbase Alpha. The Eagle maintains sufficient fuel for multiple take-offs and landings. Should the craft be required to operate within meta-gravity conditions (take-offs and landings from a high-gravity spatial body), the craft can be equipped with four downward-pointing booster rockets to augment the normal vertical rockets on the craft’s undercarriage.

The on-board computer system can handle guidance, astro-navigation, and interpretation of sensor data; for comprehensive data analysis, telemetry is transmitted to Moonbase Main Computer. The craft can also be flown by remote control from Moonbase Alpha.

Although the Eagle was not designed for use as a military vessel, some Eagles on Moonbase Alpha are fitted with a laser emitter as standard equipment and an arsenal of space-to-space missiles. In addition to the primary weapons mounted on the underside of the Eagle superstructure frame (directly behind the command module) intended for combat or defence when in flight, a retractable laser gun was revealed in Series Two for use when the craft is on the ground. This mid-size weapon was mounted on the dorsal surface of the spaceframe and emerged from the girders of the ship’s ‘backbone’.

Eagles are generally flown by two trained astronauts (Eagle pilots) from the Reconnaissance Section; although the craft can easily be handled by a single pilot, the right seat in the Eagle command module is routinely occupied by an astronaut co-pilot, although this varies according to mission profile. Eagles can also be piloted by remote control from the Alpha command centre