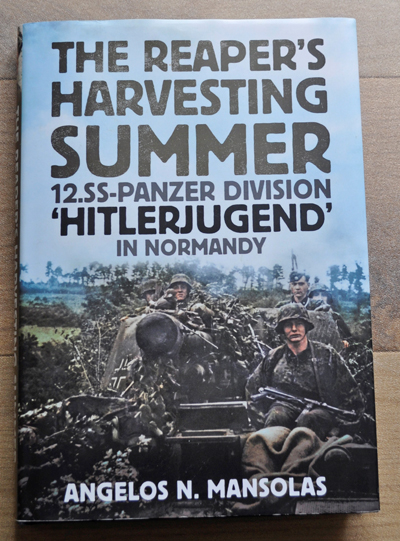 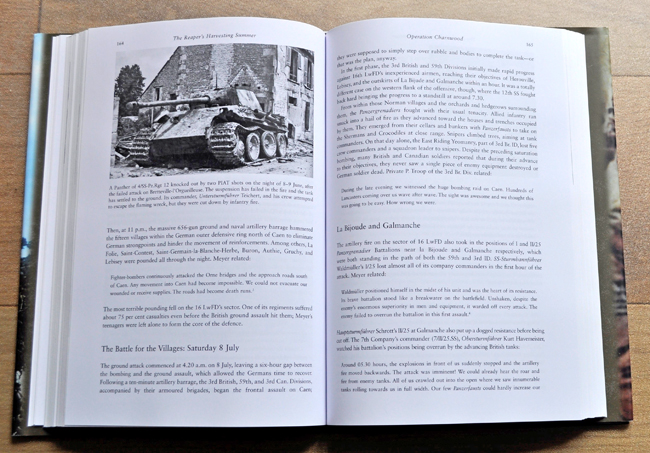 I was sent this book for review and my initial reaction was of a book, which has paper of a good quality as are the pictures which are clear and maps of the various battles. This book comes from Fronthill Media Ltd published in 2021 and details the combat history of the 12 SS Panzer Division from its inception in June 43 to the Normandy campaign which ran from June to early September 1944.

The unit was formed in 1943 with the best of the Hitler Youth, all volunteers with the oldest barely eighteen.
The backbone was supplied by members of the 1st SS Leibstandarte both officers and NCO’s all battle hardened veterans such as Fritz Witt the first commander of the Division until killed in Normandy by naval gunfire. The book details the leading characters with a mini bio of each.

The training was orientated towards weapons training, field craft, hand to hand combat and other practical skills to prepare the young soldiers for battle. Great importance was also placed on the good informal relations between all ranks based on mutual respect.

These young men went on to become an elite unit fighting with tenacity and ferocity, defending every metre of ground with dogged determination. They made the allies pay a high price in the battle fought from Caen to Falaise a distance of 25miles.

A quote from SS Oberfuhrer Kurt Meyer;” I know every one of these grenadiers. The oldest is barely eighteen. These boys have not learned how to live but by god they know how to die”.

The book gives a full detailed combat history of the division’s struggle through Normandy with riveting first-hand accounts of small unit actions based on diaries and first hand accounts.

I found this book easy to read and the layout of the various chapters follows the battles in chronological order and the personal accounts as always brings home the scenes of battle with its descriptions. As previously mentioned the illustrations are of high quality as are the plans all from the author’s collection. I think this book will interest both the historian and the model maker interested in the 12 SS Panzer Division Hitlerjugend.

The author is new to me but I think I shall be looking for more volumes as I do like his style of writing. 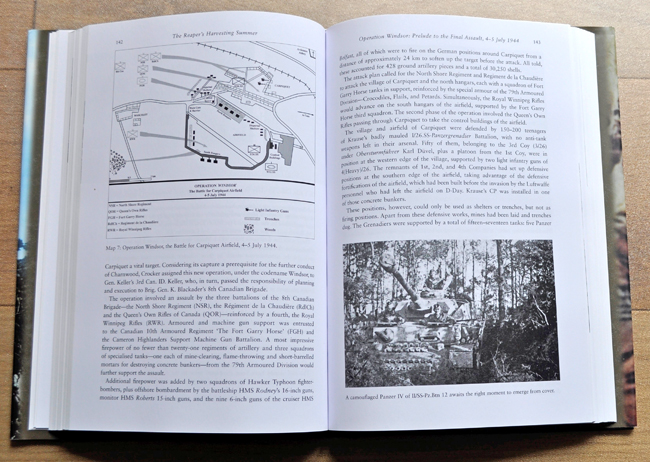