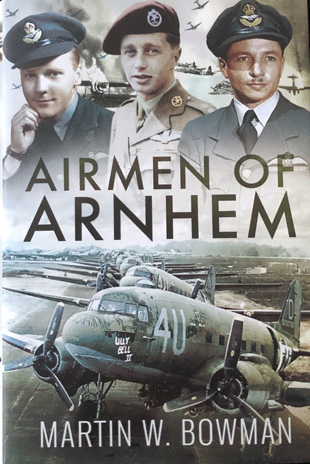 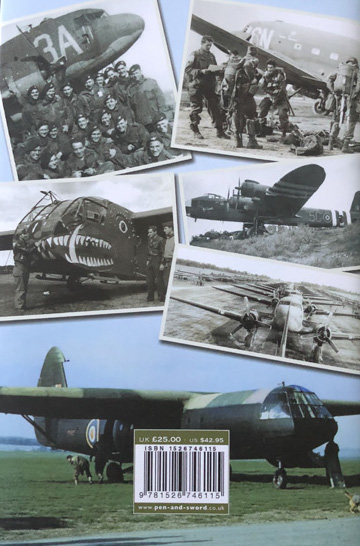 Take a good browse inside now 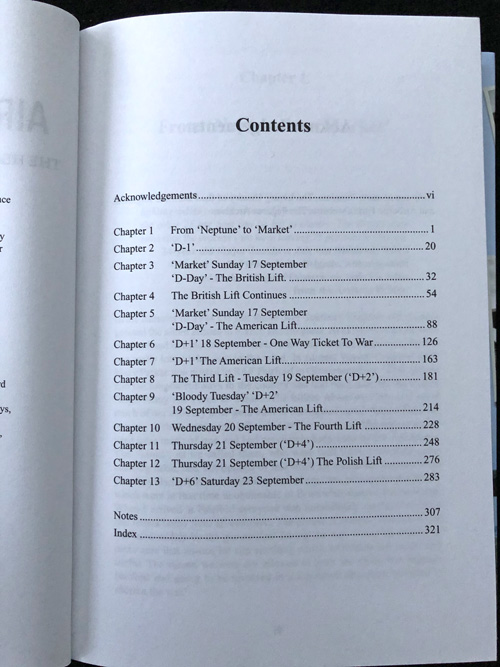 Here’s some more information from the publisher

Martin Bowman presents us here with an unparalleled account of events as they unfolded in the skies above Holland during Operation ‘Market-Garden’ in September 1944. ‘Market-Garden’ was a heroic failure conducted at great cost; combined losses – both airborne and ground forces – in killed, wounded and missing amounted to more than 17,000.

‘Market’, the airborne part of the operation, spanned ten Allied lifts in a calamitous nine days of operations, often in foul weather. Over the course of Operation ‘Market’, 4,050 aircraft saw employment; most of them towed the 1,205 Hamilcar and Horsa gliders and were confronted by an unknown number of Luftwaffe aircraft.

Stories of individual heroism punctuate this narrative, such as that of David Lord, a RAF Dakota pilot who was posthumously awarded the Victoria Cross. Tales such as these humanise a period of wartime history that is often reduced to mere facts.

There is no doubting the gallant and valorous contribution of the airmen of Arnhem – the RAF Dakota, Stirling, Halifax, Albemarle, Horsa, Hamilcar and Glider Pilot Regiment crews together with those of the USAAF C-47 Troop Carrier Groups of the IX US Troop Carrier Command, the Waco and Horsa gliders, and the B-24 Liberator re-supply crews. All of their incredible, illuminating and often understated accounts of extraordinary courage, camaraderie, shared terror and encounters with the enemy offer a more personalised view of ‘Market’ and are complemented by the author’s background information that give an overall picture of each air operation.