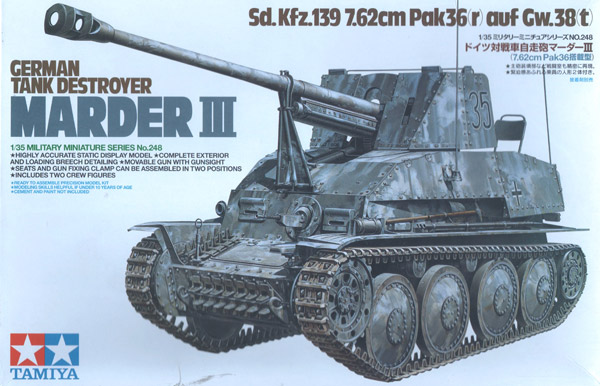 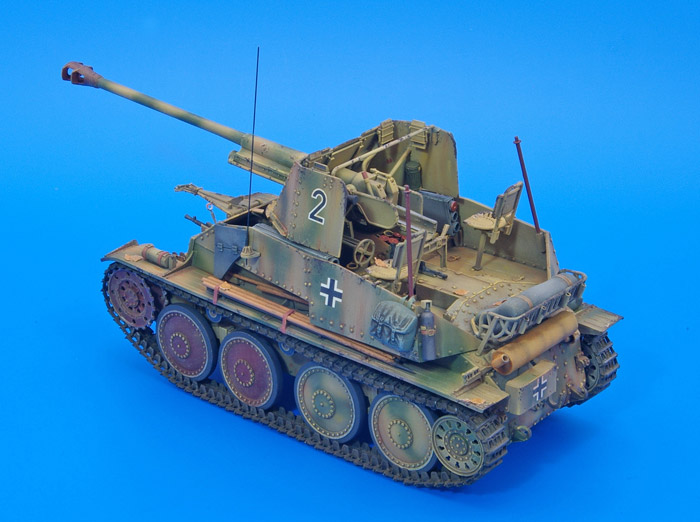 During the early stages of the invasion of Russia in June 1941, the German army captured a large quantity of abandoned Russian equipment. This included large numbers of 7.62cm fields guns. Once in German hands, these weapons were fitted with muzzle brakes and their ammunition chambers were adapted to accept German 7.5cm rounds. The converted guns made highly effective anti-tank weapons.

During the fighting on the Eastern Front the Germans encountered the Russian T34 and KV tanks. These came as a highly unpleasant surprise and highlighted the urgent requirement for effective mobile anti-tank guns. It was therefore decided to mount the captured Russian guns on the chassis of the Pz.Kfw. 38(t) which, by that stage in the war, had become obsolete as a front-line tank.

The turret and the roof of the fighting compartment were removed and the sloping engine covers were replaced with flat panels on which the crew could stand while operating the gun.

The gun was mounted on a large cruciform structure in the centre of the vehicle and was protected by a thinly armoured shield. Three different types of open topped tank destroyers were converted from the Pz.Kfw. 38(t) chassis and these vehicles were collectively known as the Marder III. The vehicles armed with the Russian 7.62cm gun were known specifically as the Sd.Kfz. 139. 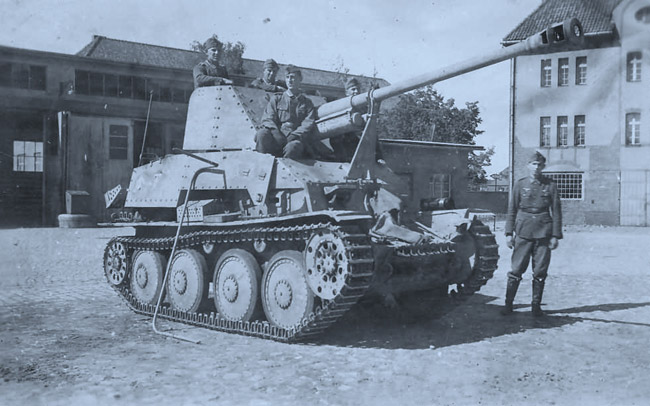 The Marders were used as expedient stop-gap weapons until the more effective and fully armoured Hetzer became available later in the war.

The Sd.Kfz. 139 was built from converted Pz.Kfw. 38(t) Ausf. G and Ausf. H tanks. These differed mainly in the engines used.

These conversions, though filling a much needed role, were only partially successful. The Russian gun was heavy and so the light tank chassis was overloaded leading to frequent breakdowns and suspension spring failures. Period photos frequently show vehicles carrying spare sets of leaf springs because of this problem.

Another problem was that the vehicle had a high centre of gravity making it difficult to operate on rough ground. It could overturn easily with predictable results for the unfortunate crew. Its height also made it difficult to conceal – a major drawback for an anti-tank weapon.

Despite this, around 340 of these vehicles were built and they saw extensive action on the Eastern front and also in North Africa. Some units were still using the Marder as late as 1944.

Several of these vehicles have survived the war and can be seen in various states of preservation in museums around the world. 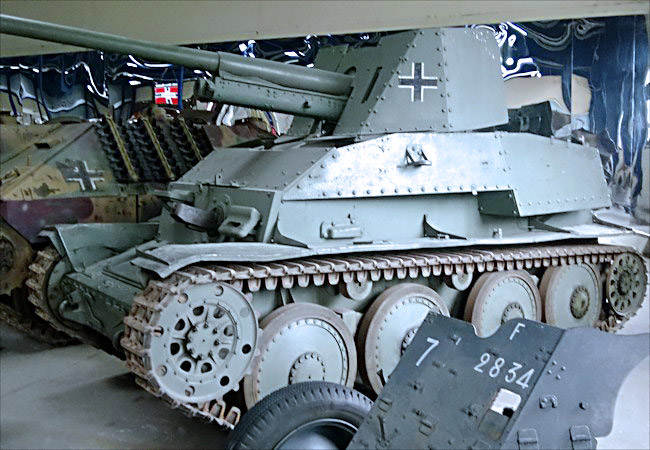