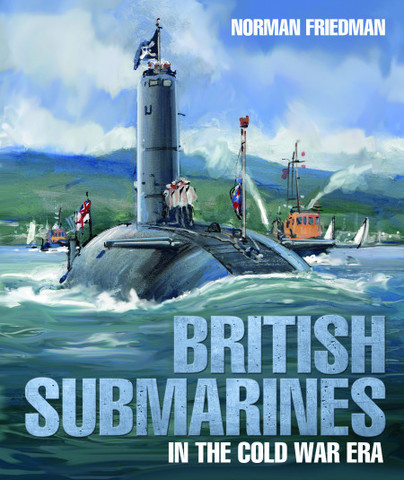 Get this title from Seaforth / Pen & Sword now

Take a look inside now…

The Royal Navy’s greatest contribution to the Allied success in World War II was undoubtedly the defeat of the U-boat menace in the North Atlantic, a victory on which all other European campaigns depended. The underwater threat was the most serious naval challenge of the war so it was not surprising that captured German submarine technology became the focus of attention for the British submarine service after 1945. It was quick to test and adopt the schnorkel, streamlining, homing torpedoes and, less successfully, hydrogen-peroxide propulsion. Furthermore, in the course of the long Atlantic battle, the Royal Navy had become the world’s most effective anti-submarine force and was able to utilise this expertise to improve the efficiency of its own submarines.

However, in 1945 German submarine technology had also fallen into the hands of the Soviet Union and as the Cold War developed it became clear that a growing Russian submarine fleet would pose a new threat. Britain had to go to the US for its first nuclear propulsion technology, but the Royal Navy introduced the silencing technique which made British and US nuclear submarines viable anti-submarine assets, and it pioneered in the use of passive – silent – sonars in that role. Nuclear power also changed the role of some British submarines, which replaced bombers as the core element of British Cold War and post Cold War nuclear deterrence.

As in other books in this series, this one shows how a combination of evolving strategic and tactical requirements and new technology produced successive types of submarines. It it is based largely on unpublished and previously classified official documentation, and to the extent allowed by security restrictions, also tells the operational story – HMS Conqueror is still the only nuclear submarine to have sunk a warship in combat, but there are many less well known aspects of British submarine operations in the postwar era.

Although some of the Cold War activities of British submarines have come to light in recent years, this book will be the first comprehensive technical history of the submarines themselves, their design rationale, and the service which operated them.