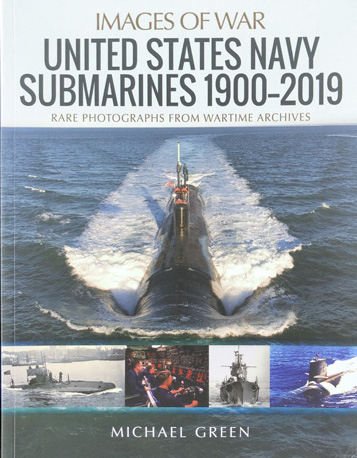 Get this impressive title here now at Pen & Sword Maritime

This is an excellent title that contains many colour images as well as black and white illustrations. This book should appeal widely to maritime scale modellers and contains unique insights into all the submarines that operated with the US Navy from the very beginning right up to the present day. 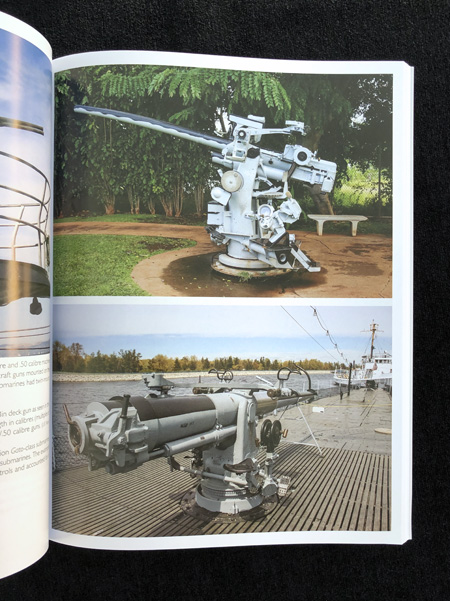 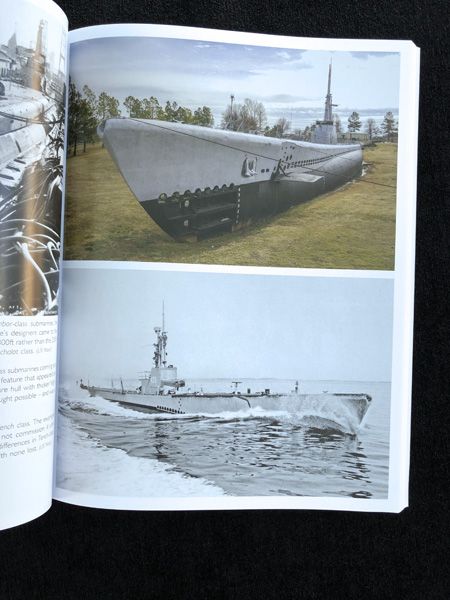 Here’s a little more information from the publishers

In 1900 the US Navy took into its first submarine, the Holland VI, into service. With a single torpedo tube, it had a crew of six, weighed 82 tons and travelled submerged at 6.2mph at a depth of up to 75 feet.

Contrast this to the 18 Ohio Class nuclear-powered submarines which entered service in 1981. Weighing 21,000 tons with a crew of 155, its underwater speed is estimated at 30mph at a depth of some 1,000 feet. It carries 16 nuclear warhead ballistic missiles with a range of 4,600 miles.

This latest Images of War title provides a detailed insight into the many US Navy submarine classes. Particularly fascinating is the post Second World War programme of nuclear powered submarines stating with the Nautilius and progressing to the Skate, Thresher, Sturgeon, Los Angeles and George Washington. Admiral Hyman G Rickover’s role as Father of the nuclear navy is examined in detail.

This superbly illustrated yet affordable book is a must for all naval enthusiasts. 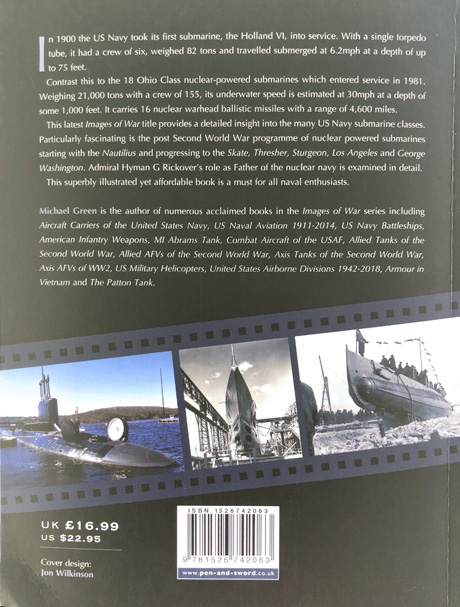