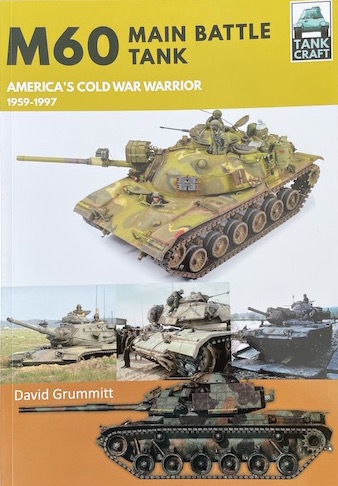 Get this title from Pen & Sword

The M60 was a second-generation American main battle tank, the last in the line of Patton tanks that had first been developed at the end of World War. It entered operational service with the US Army in 1960 and some 15,000 M60s were manufactured by Chrysler at the Detroit Tank Arsenal Plant between then and when production ceased in 1983. It served with both the US Army and the US Marine Corps and was the principal tank deployed in Europe in the ‘sixties, ‘seventies and early ‘eighties, providing NATO’s main armoured force at the height of the Cold War. It became one of the most widely used armoured fighting vehicles of the twentieth century, serving in the armies of over 25 countries. It continued to serve alongside the M1 Abrams into the 1990s before this venerable Cold War warrior was finally retired from active service with the US military in 1997.

This volume charts the development of the M60 from its origins in World War II to the Cold War. It focuses on its service with the US military and other NATO armies, examining its combat service in the First Gulf War and also with other armies in the Middle East. The book gives a full account of the wide range of kits and accessories available in all the popular scales and a modelling gallery features builds covering a range of M60s in service with various armed forces. Detailed colour profiles provide both reference and inspiration for modellers and military enthusiasts alike.