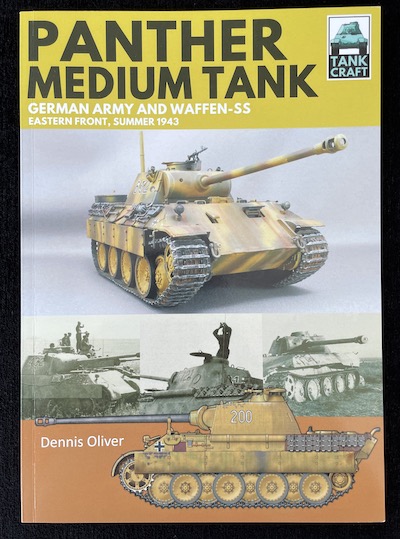 In July 1943 the German army launched what was to be its last major offensive on Soviet soil. Codenamed Operation Citadel, the attack had initially been scheduled to commence in May but was postponed by Hitler on a number of occasions to allow the divisions in the East to be reinforced and to ensure that the new Panther tanks could be deployed.

In the fifth book on the Panther in this series Dennis Oliver examines the first vehicles that left the assembly plants to go into service against the Red Army as part of Operation Citadel and the units that arrived in the late summer and early autumn of 1943. In addition to archive photographs and painstakingly researched, exquisitely presented colour illustrations, a large part of this book showcases available model kits and aftermarket products, complemented by a gallery of beautifully constructed and painted models in various scales.

Technical details as well as modifications introduced during production and in the field are also examined, providing everything the modeller needs to recreate an accurate representation of the Panther tanks that fought in the East in 1943.