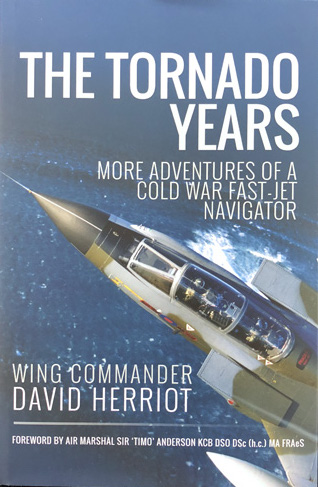 I like this title, it’s well written, authoritative and has plenty of behind-the-scenes insight into Tornado tactics throughout the service life of the type that has, sadly been recently retired from Royal Air Force duties. In addition, it builds on the author’s earlier work: The Adventures of a Cold War Fast-Jet Navigator: The Buccaneer Years. 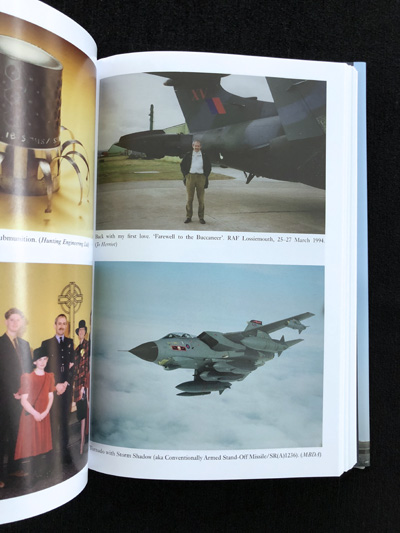 Following the success of The Adventures of a Cold War Fast-Jet Navigator: The Buccaneer Years, which won the Aviation Enthusiasts’ Book Club’s coveted ‘Book of the Year’ award in 2018, Wing Commander David Herriot now explores that part of his RAF service which was intimately linked to the Panavia Tornado.

Whilst The Buccaneer Years introduced the reader to the life of an exuberant and boisterous young officer working hard to make his mark on four front-line fast-jet squadrons in both Germany and the United Kingdom, this book ushers in a much more sober and responsible officer. Qualified as a weapons instructor, and acknowledged as a skilled tactician and weapons expert, Herriot soon rose to the top on his first tour on Tornado. Subsequent promotions in rank found him with responsibility for all aspects of weapon delivery, and the formulation of tactics, for the four Tornado squadrons based at RAF Brüggen in Germany.

Later, in Whitehall, his career changed to that of a Ministry of Defence staff officer, assigned with the development of the weapons requirements for all air-to-surface delivery platforms in the RAF, but particularly Tornado. There followed a wartime deployment as the ‘Boss’ of an RAF support unit in Italy, for a squadron of Jaguars deployed on NATO operations in Kosovo, before his next appointment took him to the RAF College where he was, as the commanding officer of Cadet Wing, responsible for the training and guidance of the future officer corps of the RAF.

In the twilight of his career, and now acknowledged as ‘the man to give an operational project to’, he was tasked by the Air Force Board with analysing, defining and creating an ‘Air Warfare Training’ through-life learning package for all the officers and airmen/women of the RAF.

This is another epic adventure for the military aviation enthusiast, particularly those with affection for the Panavia Tornado. It is one that provides a rare insight into the ‘behind the scenes’ workings of a number of air force departments that are not often exposed, quite so candidly, in an unclassified document. Herriot’s open and easy style has been commended highly previously. He does not let his readers down with this one. This is a story well worth reading. 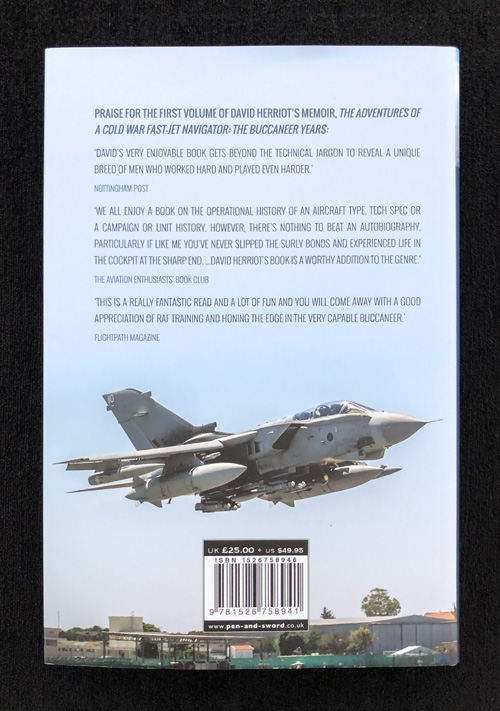