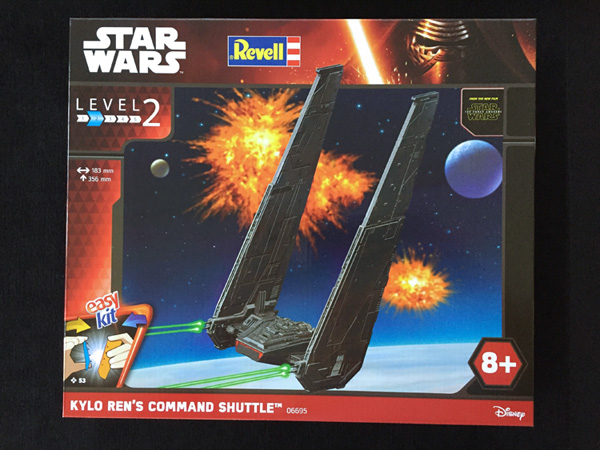 Kylo Ren’s Command Shuttle was an Upsilon Class Command Shuttle used by Kylo Ren who was a member of the Knights of Ren and the First Order around thirty years after the Battle of Endor. His ship led a group of Atmospheric Assault Landers to the Star Destroyer Finalizer.

Ren’s command shuttle was present during the subjugation of Tuanul, Jakku and the Battle on Takodana landing at the remains of Maz Kanata’s castle. The ship delivered Rey to Starkiller Base where she was to be interrogated by Ren himself.

The First Order’s top officers travel in Upsilon-class command shuttles that look like grim birds of prey. These ships’ massive wings are packed with defensive systems to protect their valuable passengers. The upper wings contain advanced sensor suites that scan for enemies, while the lower wings house efficient shield projectors and powerful jammers. Upon landing, the wings rise from flight mode and then retract, encasing the upper wings’ sensor arrays in thick armour. 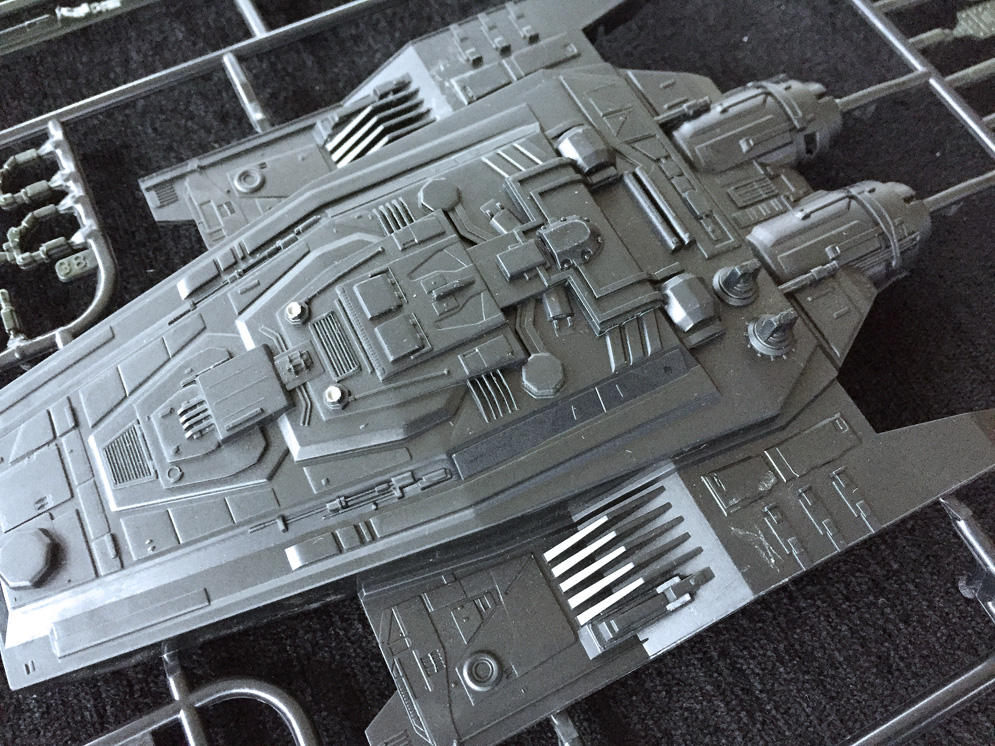 A note from Geoff…
This is a model that will be making it onto the workbench some time soon – and an impressive-looking kit it is scaling in at 183mm (7.5ins) wide but a massive 356mm (14ins) tall!

The parts are printed for Revell 2015 and so this looks like a new-tool model kit for that time and I have to admit we have had it a while waiting for the launch of the Sci-Fi/Space Area in SMN that you can see is now live :) Let the builds begin!!