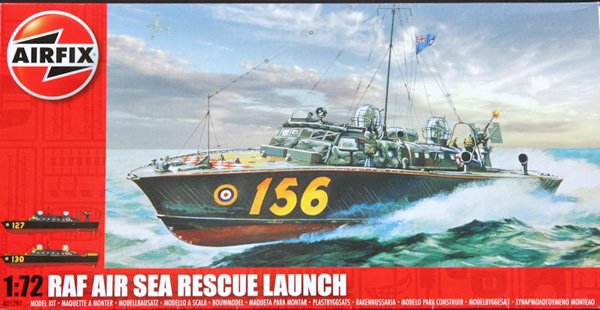 Sometimes you just need a break from the ordinary and of late ‘ordinary’ has been 1:48 scale aircraft and helicopters; time perhaps to revisit my interest in small coastal craft back down in the ‘one true scale’ of 1:72.

With a Revell Elco PT boat, an Airfix Vosper MTB and a Tamiya 1960’s Patrol craft under my belt, having a look in my stash of kits reveals the Airfix Kreigsmarine E-Boat and an RAF Rescue Launch left to bait my appetite. Which to choose…?? 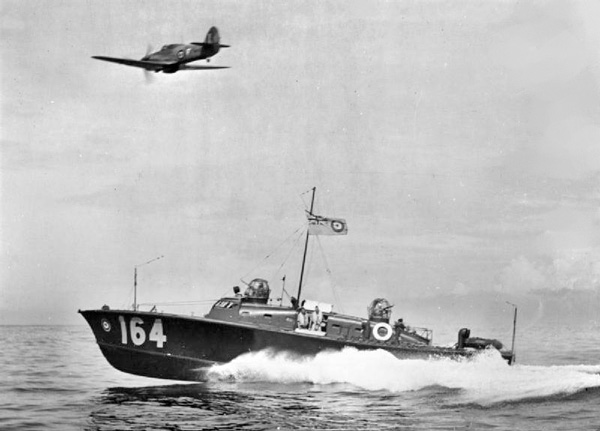 The Type Two HSL was a 63 feet (19 m) high speed launch craft made by British Power Boat Company (BPBC). The craft were used during the Second World War for air-sea rescue operations to save Allied aircrew from the sea. The Type Two superseded the 64 feet (20 m) high speed launch, and itself was replaced by the 68 feet (21 m) Type Three HSL also built by BPBC. The Type 2 was nicknamed the ‘Whaleback’ due to the distinctive curve to its deck and humped cabin.
The Type Two was designed in 1937 by Hubert Scott-Paine, founder of the British Power Boat Company based in Hythe. Scott-Paine had previously owned the Supermarine Aviation Company, later builders of the Supermarine Spitfire and several flying boat types.

A low set cabin contained the wheel-house, chart room and a sickbay. For defence against enemy aircraft, on top of the cabin were two aircraft-style turrets made by Armstrong-Whitworth initially with a single .303 in Vickers machine gun or Lewis gun The mahogany hull was of the hard chine, planing type.

Powered by three (3) Napier Sea Lion engines of 500HP each, the HLS could reach a respectable 36 knots with a range of 500 miles. Typically a crew of 2 officers and 8 enlisted men, one of which would be a medical orderly manned these saviour’s of the sea’s.

Following their disappointing performance during the Dieppe raid in August 1942, which highlighted their vulnerability to air attack the Type Two was modified. Extra armament was fitted — paired .303 in machine guns mounted either side of the wheel-house and a single 20 mm Oerlikon on the (strengthened) rear deck. Protection was improved by adding anti-shrapnel padding around the forward cabin area.

During the Second World War, the retrieval of pilots and aircrew that had been shot down over, or that had had to ditch, in the sea around the British Isles was the responsibility of the Royal Air Force Air Sea Rescue Service, (motto: “The sea shall not have them”). Rescue of downed aircrew was coordinated using RAF aircraft, aircraft operated by Coastal Command and the Royal Navy and rescue launches operated by the RAF Marine Craft Service and the Royal Navy.
The Type Two was supplied to RAF marine craft units from the middle of 1940. In total 69 craft were manufactured between 1940 and 1942.

Some Type Two were further converted into Motor Gun Boats for the Royal Navy with the addition of even more armament.
Post war a number of the rescue craft were transferred to the Royal Navy and a small number were given to the Italian Air Force. The vast majority of the Type Two craft belonging to the Admiralty were subsequently stored and later sold off as houseboats. No examples are currently owned by any museum or trusts.

For some research have a look here: https://www.britishpathe.com/video/raf-rescue-boats
Or if you love old war movies, you can look for:
The Sea Shall Not Have Them a 1954 British war film starring Michael Redgrave, Dirk Bogarde and Anthony Steel. It was directed by Lewis Gilbert and is based on the 1953 novel by John Harris, set during the Second World War.