Welcome to the Subscribers’ Maritime Gallery.

Each submission has a ‘gallery’ of thumbnails which you can click on to see an enlarged image and read the short text describing the model – enjoy!
A – G | H | I – S | T – Z

LATEST: Astute Class Submarine by Mick Stephen
This is the Hobby Boss 1:350 HMS Astute Class submarine built straight from the box and a fun subject to paint.

Admiral Graf Spee in 1:400 scale, scratch-built by Benedetto Iezzi
Our thanks to Benedetto for letting us have these excellent images of his stunning scratch-built model – truly awe-inspiring work!

Aboard the Ark by Mike Moore

Just completed this 1:48 scale diorama entitled “Aboard the Ark”. The superstructure is constructed from 3mm MDF board and clear acrylic, the tow bar was scratchbuilt from Plastruct.
Hope you like it.

All models are 1:350 scale; the Cruiser is the HMS Norfolk circa 1942, a resin kit produced by Ironshipwright in the USA, the kit is circa 1941 when the vessel still had her “pole mast”, these were replaced with brass rod to make “tripod masts, several other items were replaced including ship’s boats, Walrus aircraft and the entire photo etch sheets of parts with the exception of the inclined and vertical ladders. This was due to the large amount of clean up on the resin parts and the fact that some parts were very poor. The photo etch was replaced with White Ensign etch from their Southampton class cruiser etch and some additional parts from their KGV etch.
German Battleship Tirpitz Gallery

The Tirpitz is the Revell kit (injection moulded) with White Ensign photo etch sets. The kits were a commission for a client with a tight 5-week deadline to build and detail both models. I just wish I’d had more time to produce better examples, but saying that they’re not too bad.

Bismarck by Michael Moore
This is my build of Revell’s 1:350 Bismarck. It was built using WEM etch and the masts were scratch built from brass tube and rod. I found it a very intricate model to construct. Hope you like it.
Bismarck 1.200 scale by Ian Ruscoe
This is Trumpeter’s 1:200th scale model of Bismarck, the model was built per client’s instructions as he’d started it so some assemblies had already been assembled or even painted. He’d used the basic MK 1 update set which gives you the wooden veneer decks and about half the etch, the other half I used the kit supplied etch.

All the assemblies he’d painted I had to repaint as he’d painted virtually everything the wrong colours. He wanted the model to portray Bismarck how she appeared when sunk, but didn’t want the dark grey bands on bow and stern areas of wooden deck underwing on actual ship the swastikas were hidden. He also wanted a full set of ship’s boats and all four aircraft on display. With regards latter two were placed on polished plinth the model is mounted on.

As for the paintwork I sprayed the appropriate camouflage scheme with the black and white stripes on the hull faintly showing through as per the actual vessel. The client wanted all turret tops on main and secondary gun turrets painting yellow.

The model itself goes together really well with just a slight issue regarding fitting of aircraft catapult parts.

At about 50 inches in length it’s not a small model (Hull length), but does build into an impressive model of the vessel.

The Ship
The Borodino was a pre-dreadnought battleship which was built and launched at The Admiralty Shipyard St Petersburg for The Imperial Russian Navy. It was commissioned in 1904 and assigned to 2nd Pacific squadron in the Far East. It took part in the Russo-Japanese war and was deployed to attack the Japanese during the blockade of Port Arthur. It was sunk at the Battle of Tshushima on the 27th May 1905. There was one survivor out of a compliment of 885 officers and enlisted men.

The Model
The model comes from a Zvezda kit in 1:350 scale. The Kit needed a lot of reworking and some scratch-building to make it as accurate as possible to the vessel. Both funnels were scratchbuilt adding scratchbuilt platforms and ribbing. Forward wheelhouse was also reworked. The aft superstructure wasn’t too bad. Boating equipment was further enhanced with leftovers from the wooden deck and the motor boats were given new cabins and funnels. The anti-torpedo nets , rolled up in this case was fashioned out from a lace which is used for spectacles to hold them round your neck…..quite handy actually with the right texture. Lengths of three pieces of fuse wire entwined together were used for all roping and rigging equipment of the said net on the hull and to secure all boating equipment.

Equipment and rigging for fore and aft tarps was also scratchbuilt. All the gun turrets were further detailed. Rigging the model was a nightmare …I used very thin fuse wire which is straightened securing one end of the length to a vice and the other end to a pin vice which when turned round for about 30 seconds made the wire straight. Every pre-measured length was painstakingly painted prior to attaching it with super glue to the correct place. I also used the White Ensign Models photoetch detail set which is very good. I also used the BNA wooden deck….which incidentally fits neatly into place.

The ship was airbrushed in black in various components before attachment and deep shadowed in oils with a much diluted burnt umber mixture. When dry the model, again in different components was very lightly dry brushed in grey in various places. Diluted AK products were used for streaking, rusting and giving the model a sea worn look.

The seascape was made out of simple paper mache and a diluted coating of common household plaster. This was airbrushed in a bluish come greenish grey colour; then further enhanced with washes in hues of green and light blue in oils.

DD-445 USS Fletcher by Nikos Kosmadakis
This is my model of the famous USS Fletcher (DD-445) made from the Revell 1:44 scale kit. Plenty of etched brass and some scratch-building of course too. I tried to capture the metal plating effect on the hull too.

D-Day Diorama by Victor Amaral
First, my name is Victor Pacheco Amaral Junior, I am 46 years old, Brazilian, married, father of a daughter 3 years (Isabela). I was born in Rio de Janeiro, the state capital of Rio de Janeiro and I live in Recife, capital of Pernambuco State, since 1979.

So here we have it.
Finito.
Revell 1:72 DKM Type IXc U-Boat U505.
Painted using Tamiya acrylics. Weathered with oils and AK interactive products.
Upgraded using AMP decals and CMK resin and brass deck guns.
Thoroughly enjoyed it. So much so that I’m officially on a naval binge! Only thing I’d do differently is use a different rigging medium. After a matte coat the cotton has gone a bit fuzzy. Lesson learned.
Hope you like it. Comments and thoughts welcome.
Ben G.
Elco 80 MTB by Michael Moore

Just a few pics of my rendition of Italeri’s 1:35 Elco 80; a good kit with no build issues.
I’ve got their Vosper in my “to do” stash, hoping it’s as good.
All the best, Mike Moore

Here is my 1:72 Revell Flower Class Corvette based on HMS Bluebell.

Well it’s a big piece of kit and I knew this model would require a big commitment. Not just in time but also in expense. The basic kit is basic and poorly scaled. If you were to assemble the model straight from the box you would get an out of scale bath tub toy. There is is a distinct lack of detail, and the plastic parts are far too thick for the 1:72 scale.
Having searched the internet for build logs for this model I quickly discovered that there were a number of ways of approaching the build. Some people just enjoyed creating an out of the box ship model. Some people wanted to create a remotely controlled craft, and finally some would opt for the improved fully detailed version. This is what I did.
Photoetch parts for this kit are available from David Parkins. Figures are available from Gunthwaite and cloth flags from BECC scale model flags.

A lot of superglue, plastic glue, epoxy resin and soldering was used to put the whole thing together. Plus a variety of brass wires and EZ Line and suture materials were used for the railings, rigging and main structure supports(eg the pom pom gun stand). Finally a piece of MDF was used for the stand that replicated the plastic stand provided.
Eventually I’ll build a Jarrah glass case.

The biggest challenge was the photo etch assembly. Each PE part was a little project in itself. The instructions were sometimes difficult to interpret as they would lack a picture of the desired end result. Hence the need for good references from books such as Anatomy of the Ship Agassiz, and Flower Class Corvettes by John Lambert, and the internet.
On occasion I would in fact re order a photoetch part from D Parkins and remake the item in question.

It was a challenging and satisfying build. Having so many sub assemblies it was more like making a lot of smaller models that all came together on one ship. You have to be prepared for the long haul.

Finally if you can, check out the article in Fine Scale Modeler and the corvette build by Kevin Wenker published in April 2012.

French Battleships are so beautiful. I love them so much. 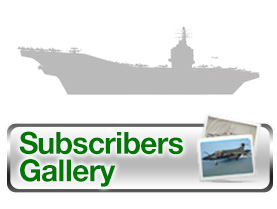