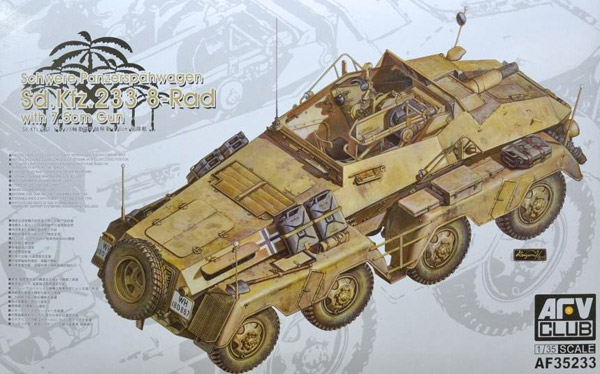 A note from Geoff C…
Here’s a quick look at how well Dai’s ‘233 turned out – love it, especially the stowage and weathering :) 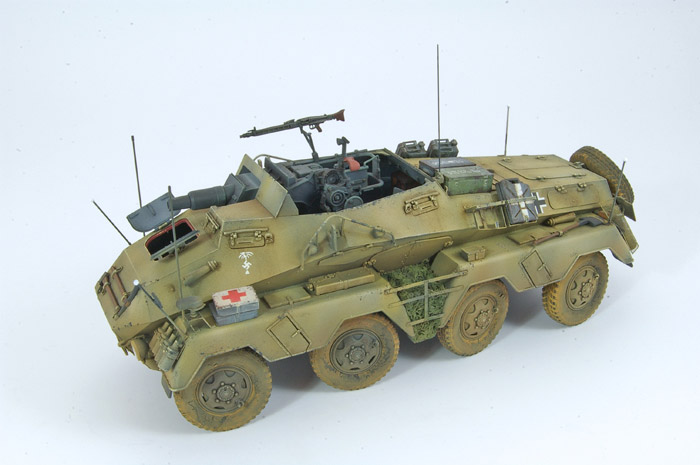 The subject of this project is the AFV Club kit of the Sd.Kfz 233 eight-wheeled armoured car in 1:35 scale.

The kit parts are very finely moulded with the thin armour on the hull moulded almost to scale. 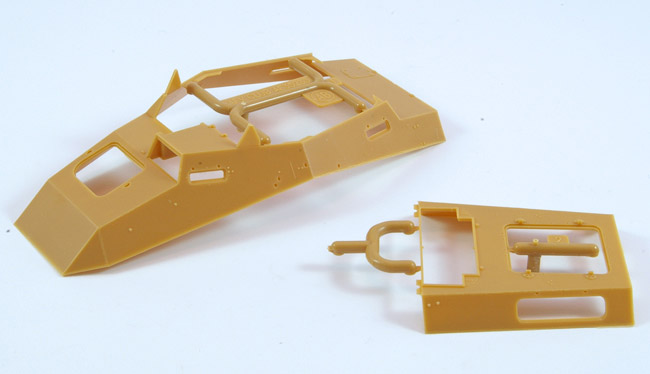 The base of the hull is a very important part of the kit and if this was in any way warped or damaged, assembly would be very difficult. Luckily it has some sturdy sprue supports keeping it in shape and it is protected in a vacuum formed plastic holder. 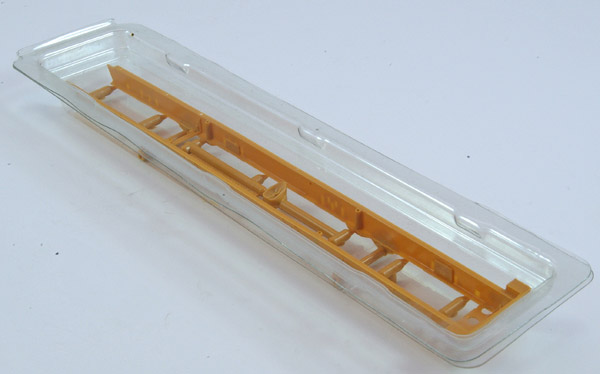 Something that may be unpopular with some modellers is that the tyres are moulded in vinyl rather than injection moulded plastic. Tyres like these frequently cause me problems and the ones provided in this kit were no exception! 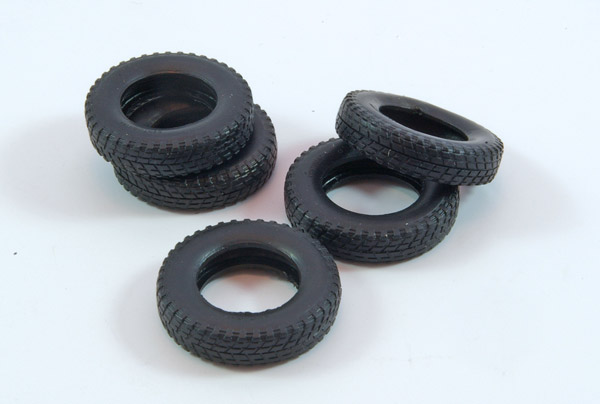