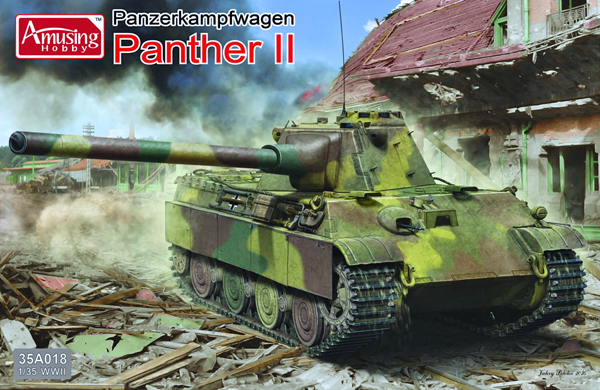 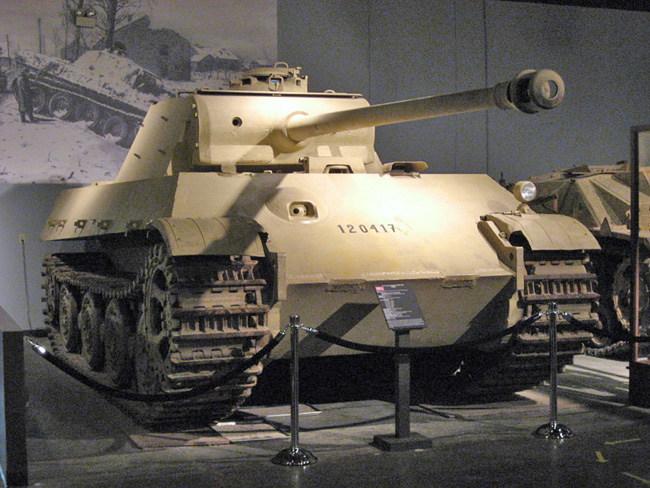 The Panther II was one of two proposed developments mooted from early 1943 onwards. The other being the Panther Ausfuehrung F (model F).

The Panther Ausf. A was in series production at the time and the Panther II started out as just the same design with thicker armour.

One pre-production example was made by M.A.N which is pictured above. When it was captured it had no turret and later had a Panther Ausf. G turret mounted on it for display purposes.

The proposed turret would have had a 75mm weapon mounted like all previous versions of a new design. Post war research by some historians claimed that the turret was going to be fitted with an 88mm weapon. This has since been proved to be incorrect.

The designers were also began thinking about standardisation across types. For example, the wheels on the Panther II were to be used on the Tiger II and the tracks fitted to the Panther II also served as transport tracks for the Tiger II.

Amusing Hobby have more than one version of this tank available. The one I chose was kit no. 35A018 which can be seen here 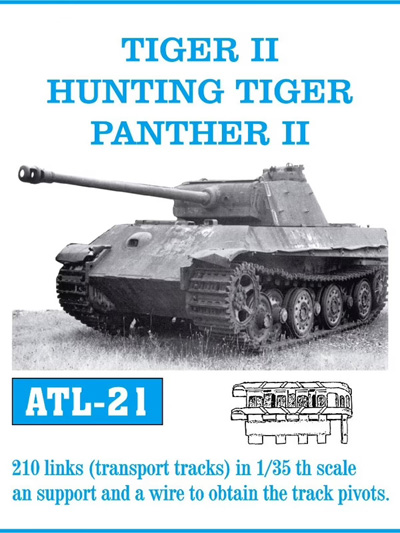 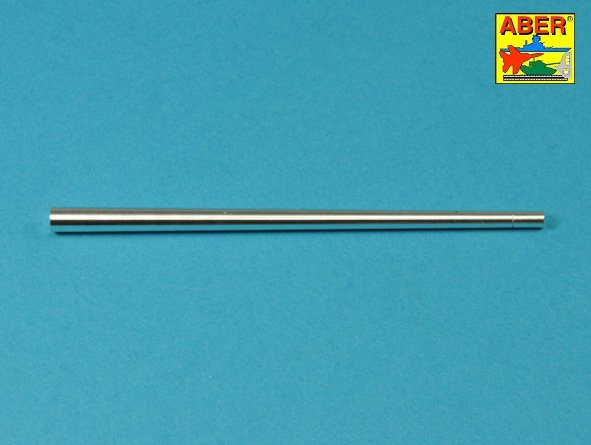 and an Aber metal turned barrel