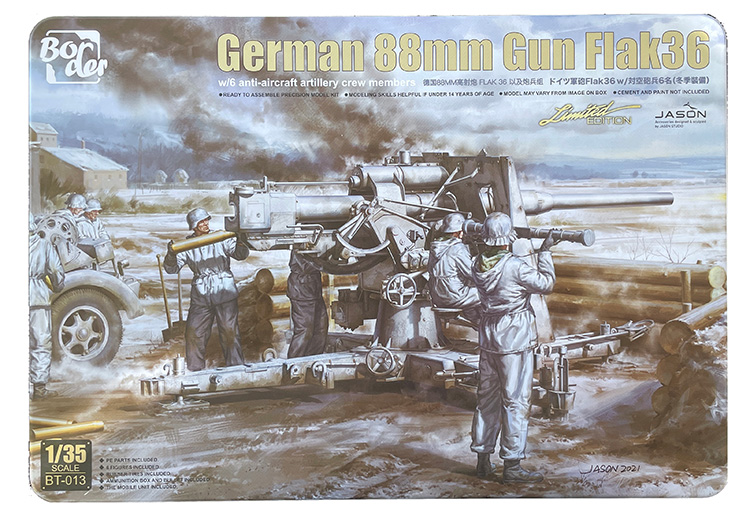 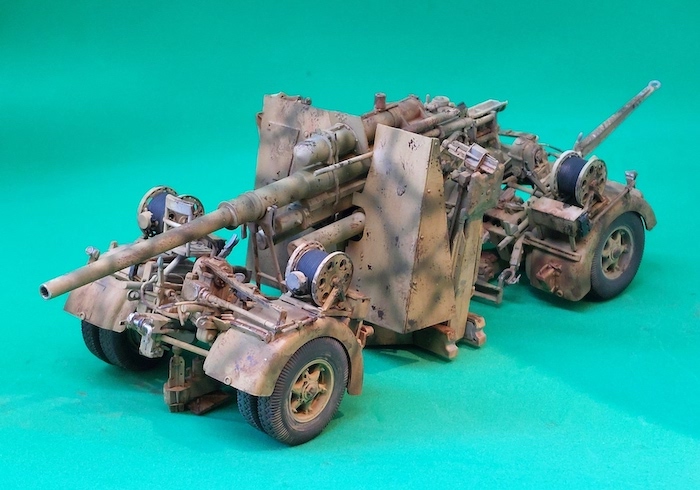 Probably the most well-known artillery gun of the Second World War, the Flak 36 was originally designed purely as an anti-aircraft weapon: Flak being a shortening of the German “fliegerabwehrkanone” or literally “flyer defence gun”. As an anti-aircraft gun, the 88mm time fused projectile was effective to over 25,000ft.

During the 1940 French campaign, Rommel’s 7th Panzer Division was counterattacked by a number of British tanks against which the army’s 3.7cm Pak 36 anti-tank gun, was ineffective against the frontal armour of these vehicles. A nearby anti-aircraft company lowered its 88mm guns and fired at the British tanks, knocking out nine of them. Rommel, of course, was impressed, and when he took command of the Afrika Corps, he utilised the 88mm primarily as an anti-tank weapon. In the lead up to the Battle of Alamein, the British 8th Army took serious losses to its armoured forces and it was only the RAF Desert Air Force which, by knocking out most of the offending 88s, saved further carnage.

When Germany invaded the Soviet Union and encountered the Russian KV1 and T34 tanks, improved models of the Flak 36 were produced, optimised to deal with allied heavy armour whilst retaining their anti-aircraft capability.

The versatile two part-carriage allowed the weapon to be fired in a limited anti-tank mode while still on its wheels. A good gun crew could, however, de-mount and emplace the gun in less than three minutes. The Flak 36 had a 360 degree traverse and could be elevated between -3 and +85 degrees. Muzzle velocity was 2690 ft/sec which gave it an effective range of 14,860m against ground targets.

When I was asked if I would like to build this kit, I agreed, although it was well outside of my comfort zone. I mean, how difficult can it be to put a simple gun together? I then watched Geoff’s in box (tin) video review and realised what a task I had taken on.

On receipt of the model, everything in the video was confirmed. The large tin was absolutely packed with plastic parts – most of them tiny! Yes, I did say tin. Now the model is finished it now holds a supply of my mid-morning biscuits. (LOL brilliant! GC) 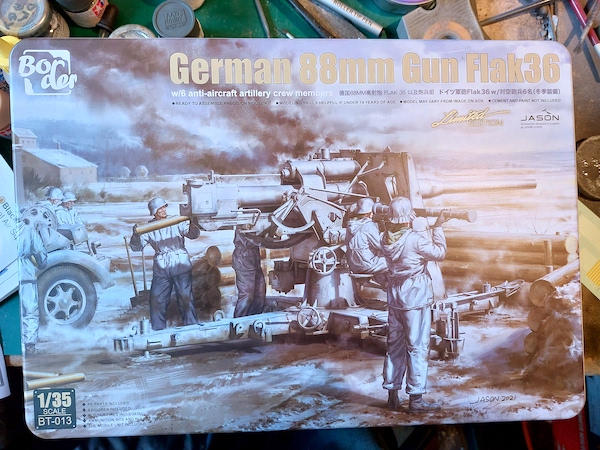 Looking closer at the parts, I was immediately impressed with the quality of moulding. Lovely detail everywhere with not a hint of flash to be seen. The sprue count is eighteen with an additional six for the crew figures, eight vinyl tyres, two gun carriage frames, a choice of two gun shields (there is a third built up shield on the main sprues giving another option), a small fret of photo etch and a decal sheet.

The instructions are in the form of a booklet detailing 27 stages of construction. At first glance, the instructions looked pretty well laid out and simple to follow. Unfortunately this proved to be not the case for this gun ignorant modeller!