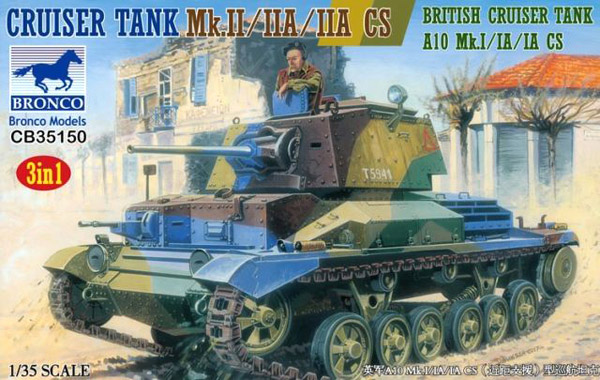 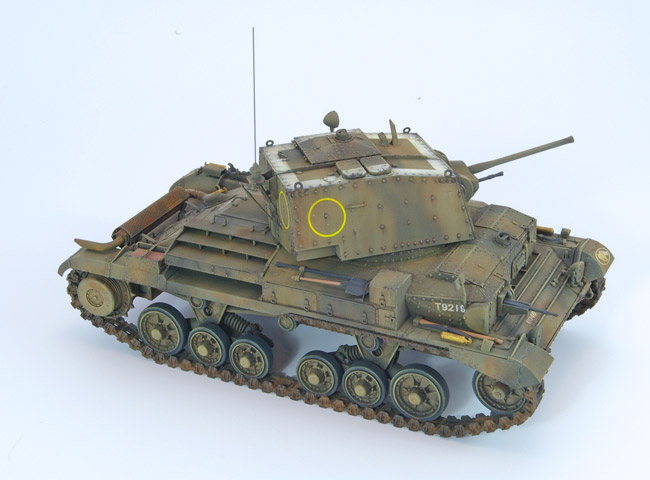 So what are we dealing with here? The naming conventions for British tanks in the 1930s and early 1940s can seem confusing to say the least with several different names being applied to a vehicle throughout its lifetime. The Vickers A10 was eventually designated the Cruiser Mk.II. It was then proposed that the vehicle and its contemporaries would be known as ‘Reptile Class’ vehicles in which case The Cruiser Mk.II would have been re-designated ‘Cobra’. In the end this naming convention was never adopted and by the time the practice of giving British vehicles names such as ‘Crusader’ or ‘Churchill’, the A10 was no longer being built.

All three of these variants can be built from the Bronco kit.

The A10 began its trials in 1937. The increase in armour thickness when compared with the A9 led to an increase in weight which limited the vehicle’s speed and adversely impacted its cross-country performance. Despite this, the two-pounder gun was effective against most of the German tanks encountered during the early stages of the war and the A10 saw action in France, the Western Desert and in Greece.

Apart from a few unsuccessful prototypes the vehicle was not developed into any specialised variants. The Cruiser II was withdrawn from service and relegated to training duties when more capable armoured vehicles such as the American M3 Lee became available.