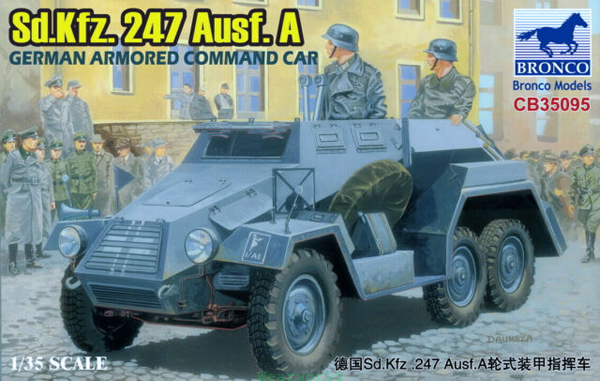 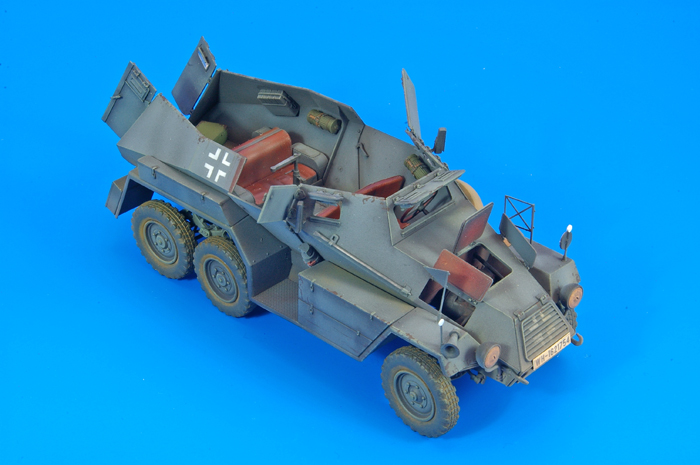 The Sd.Kfz 247 was an armoured car used by the German Army in the early stages of the Second World War.

The vehicle appeared in two forms.

The Ausf. A was designed around the six wheeled Krupp Protze truck chassis. Ten of these vehicles were built before the war and were used as staff transport vehicles. They were only lightly armoured with thin armour plate that could withstand little more than small arms fire. Like some other vehicles designed around the Protze chassis, its cross country performance was poor with drivers being advised to drive only on roads. 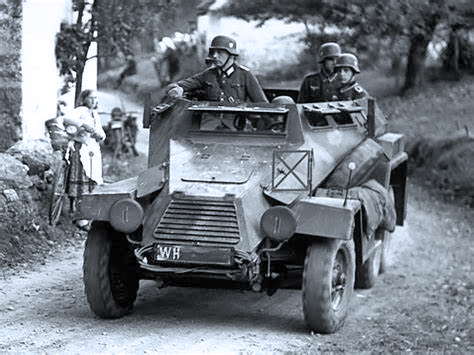 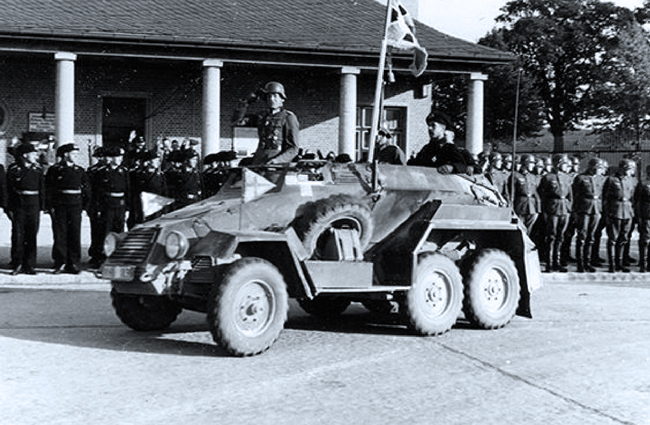 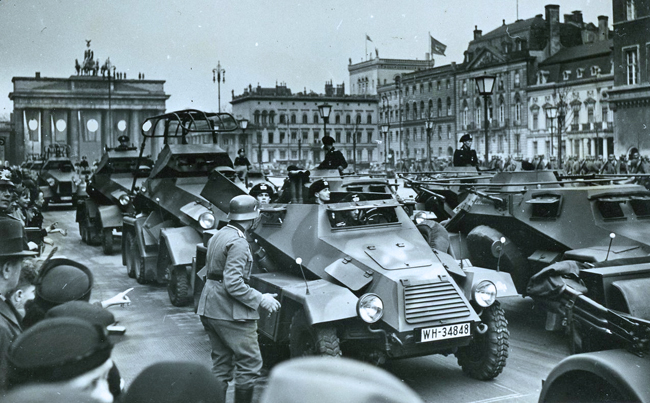 The more numerous Ausf. B was designed around a four wheeled Daimler chassis. Around 58 of these vehicles were built between 1941 and 1942. 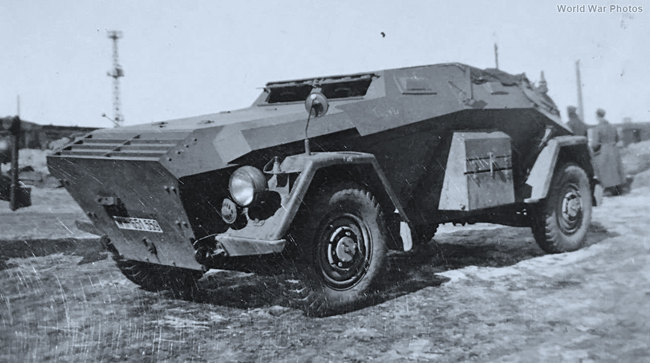 There is an impressive replica / restored Ausf. A in existence (pictures of this are easily found on the internet). This has been fitted with a radio and frame aerial which were apparently not typical on wartime vehicles. While the Sd.Kfz 247 Ausf. A was capable of carrying radio equipment, radios do not seem to have been fitted as standard.

The Bronco kit used for this project represents the Ausf. A design. The Ausf. B is now available in kit form from ICM.