Throughout the Blitzkrieg, desert campaigns and the failed Allied raid on Dieppe, one of the key elements that drove German success was the aeroplane. Close cooperation between German ground forces and the Luftwaffe allowed commanders to have ‘on call’ bombers to quickly hit and destroy targets that put up strong resistance. The Stuka dive bomber was particularly effective in this role and soon became to be feared. The lesson learned by the Allies was that whoever controlled the sky controlled the battlefield.

In planning for the Normandy landings, the Allies understood to establish firm bridgehead within the first 48 hours was essential. Unable to guarantee that suitable beach exits would be clear for wheeled traffic, the supporting AA guns had to be capable of making their own way off the beach therefore based on a tank chassis.

To fill this requirement a number of versions of anti-aircraft tanks based on the Crusader were deployed to meet the expected 3,000 German fighters. On the day, only around 700 German aircraft of all types were available. These tanks were to be provided to tank regiments for protection while on the move and to the Royal artillery to provide protection to forward positions and other assets.

The Royal Artillery’s choice of gun was the 40mm quick firing Bofors cannon. To provide protection to the crew, in the initial design the gun was to be housed in a four sided turret in the shape of a truncated pyramid. 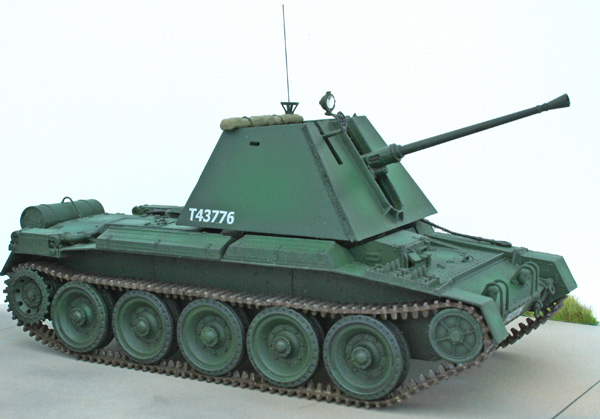 Expected to move to key targets such as bridges and supply areas, during testing it was found that the gun had difficulty in tracking aircraft and unless it was on level ground would not traverse. Instead two simplified versions went into production with 214 vehicles completed during 1943.

The first modified type employed a variant of the standard field mount shield for crew protection and the Stiff Key gun sight for targeting. The second type was improved using a three sided shield giving the crew some additional protection. 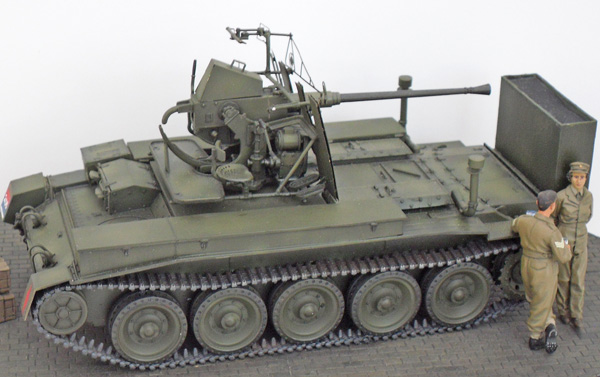 In addition to the three Bofors versions, twenty seven Crusaders were converted in Royal Electrical and Mechanical Engineers workshops, being fitted with triple 20 mm Oerlikon guns. Twenty seven towed mounts to accompany these were also produced. The tracked vehicles and towed guns (see photograph below) served initially with the 93rd Light anti-aircraft Regiment. 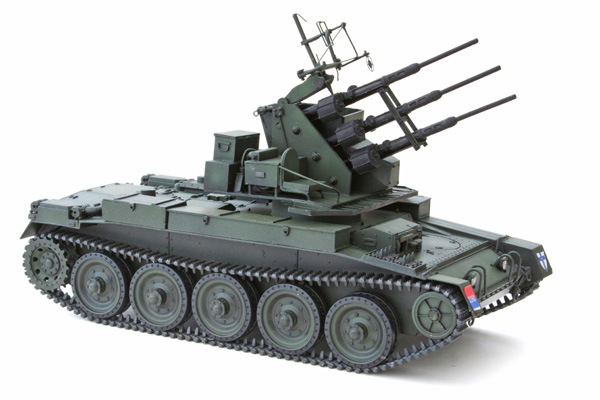