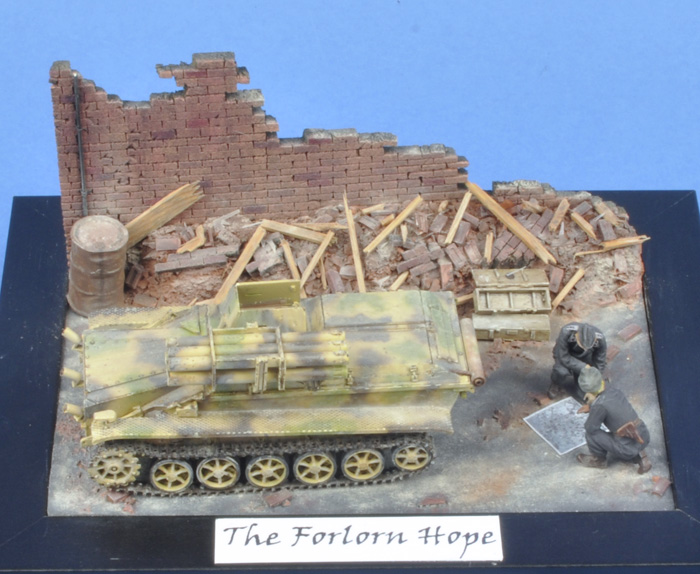 During World War II, the German Army used three remotely operated demolition tanks one of which was the Borgward IV which was the largest of the vehicles types and the only one capable of releasing its explosives before detonating.

The B IV was originally designed as an ammunition carrier but it was found unsuitable for this role but after testing as a mine detonation vehicle which also proved impractical it was decided to use it as a radio controlled demolition vehicle, the first being delivered in 1942.

The Ausf A was the first model to enter production and was equipped with a 49-horsepower 4-cylinder water-cooled gasoline engine being the most produced model, with approximately 616 produced between May 1942 and June 1943. This was followed by production of the Ausf. B In June 1943 which weighed 400 kg more than the Ausf A, the radio antenna was moved and better radio equipment installed, 260 being produced. The Ausf C saw greater changes with the chassis being lengthened to 4.1 metres (13 ft 5 in) with a weight increase, thicker armour, new tracks, the driver’s seat was moved to the left of the vehicle and a new 78 horsepower six-cylinder engine installed. 305 examples of this type were produced between December1943 to September1944.

Approximately 56 Ausf B and C were converted and armed with six anti-tank rockets designated Panzerjager Wanze. In the last days of the war, these vehicles fought skirmishes against Soviet armour and seeing action in the final battles for Berlin.