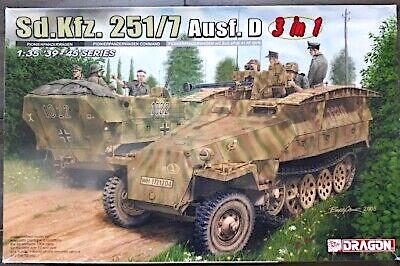 Just before we get started on the build, here’s a look at how it all turned out… 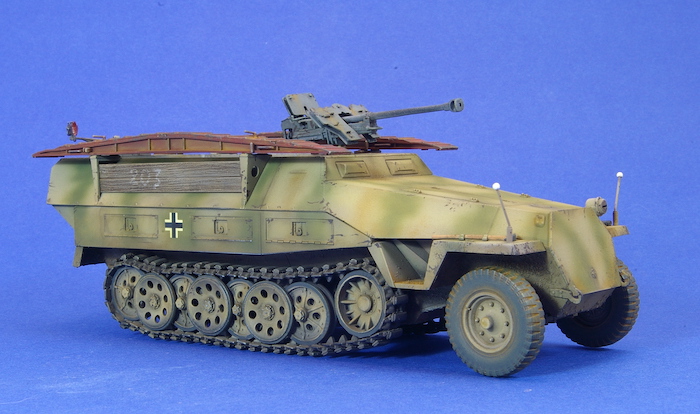 The DML Sd.Kfz 251 halftrack kits first appeared In 2003. DML has released several versions of the kit since then with the Sd.Kfz 251/7 engineering vehicle appearing in 2005. This kit allows one of three different types of the vehicle to be made and comes complete with the light bridges carried on racks mounted on the sides of the hull.

Despite its age, I think this is an excellent kit and the version used for this project came complete with a set of engineer equipment and a set of figures. As ever with DML kits from this period there will be (depending on the version made) a large number of parts left over for the spares box.

I found that the kit was easy to assemble, though being an open-topped vehicle, it was slightly more awkward to deal with than a kit of a fully enclosed vehicle might have been.

The interior needs to be assembled and painted before the main parts of the hull are brought together.

The interior was primed with Alclad’s Black Primer. This not only makes a good base for the following coats of paint, but also acts as a shading coat giving the effect of shadows in corners and recessed areas. 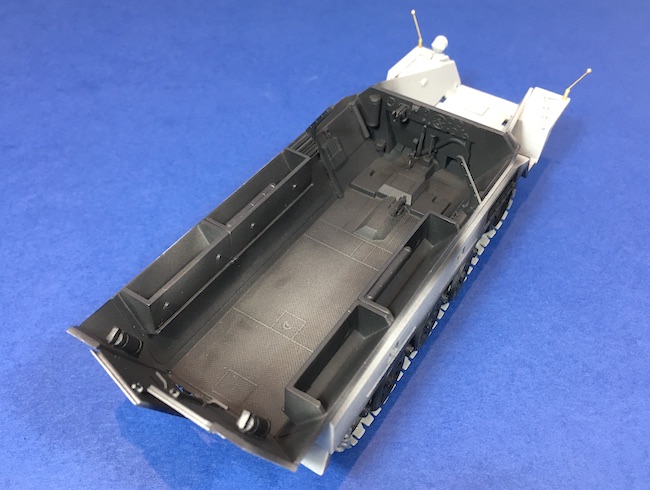 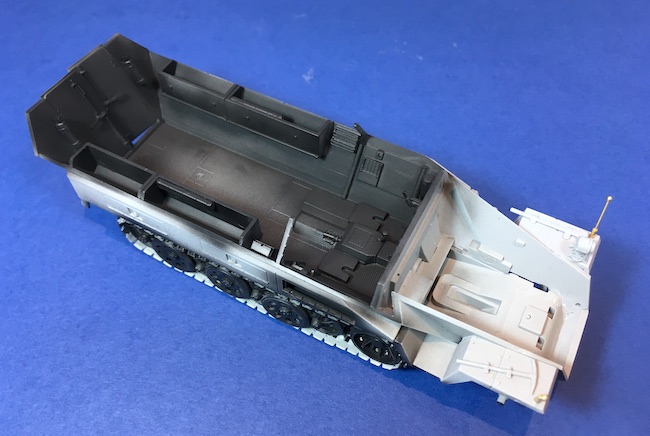 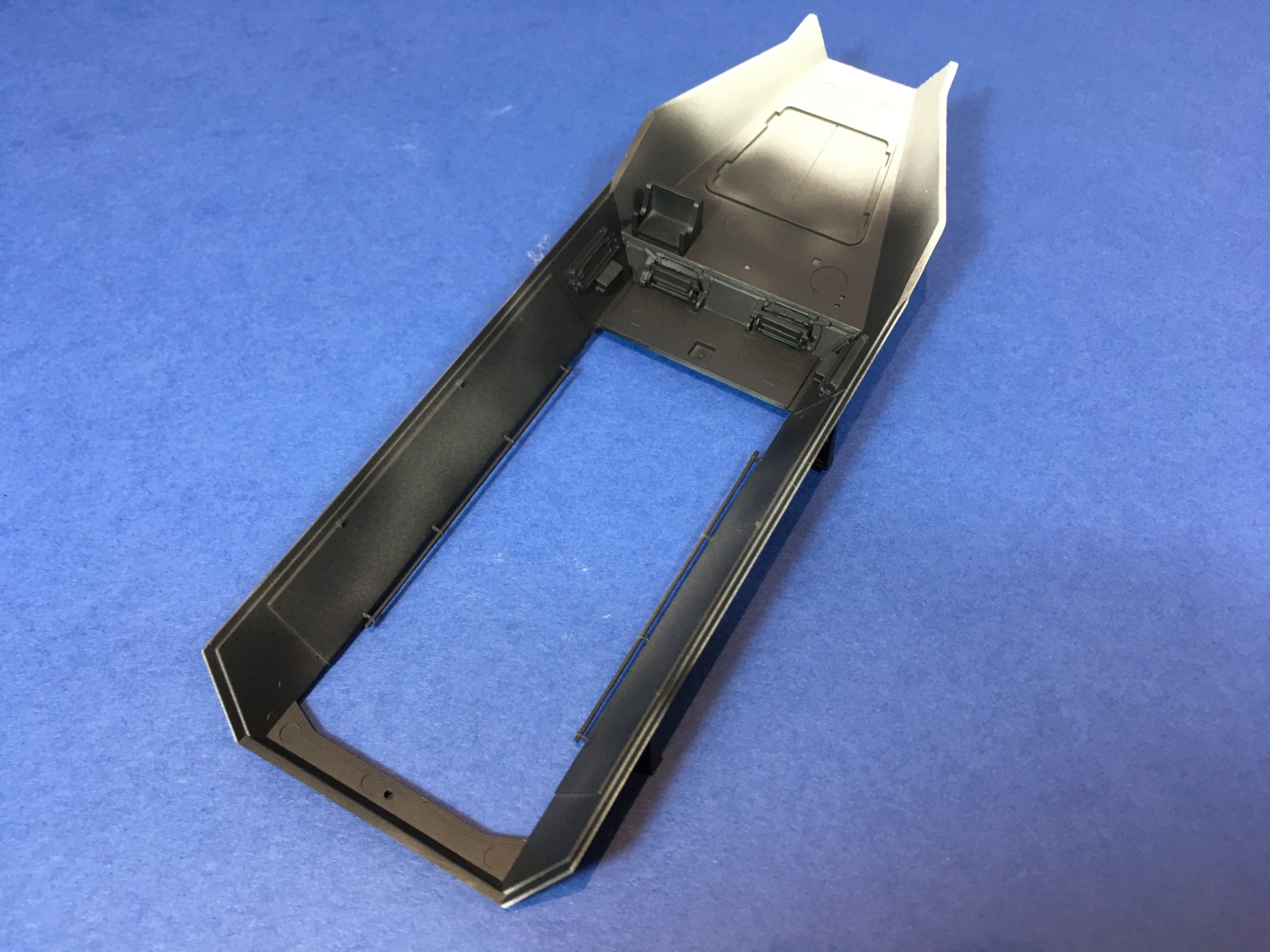