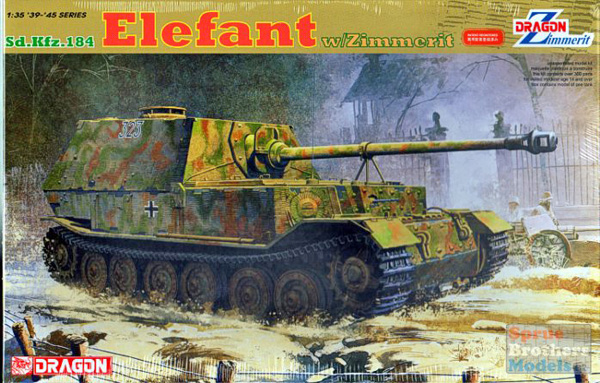 A note from Geoff C…
On a personal note, I think that Dai’s modelling and especially his finishing is getting better and better and I love the effects and finishes he creates on his armour models :) And his DML Elefant is no exception – take a look at how it all turned out and then read the full story… 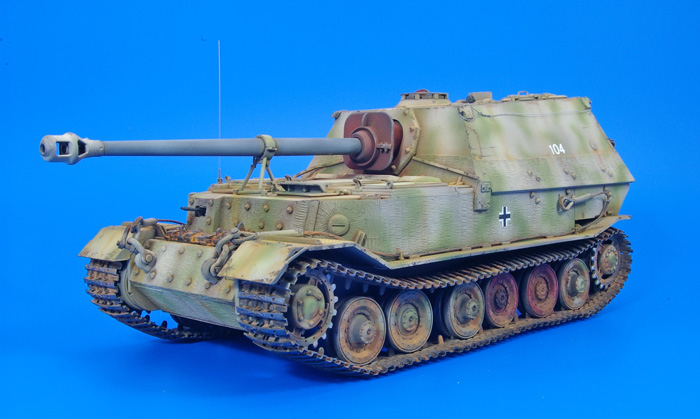 The German Ferdinand / Elefant tank destroyer arose from a development program initiated in 1942. This was intended to provide the German army with a new heavy tank to deal with the Soviet tanks encountered during the invasion of Russia the previous year.

The Henschel and Porsche companies had both submitted designs for the new tank and the Henschel design was eventually chosen as the basis for the now infamous German Tiger tank. Despite the fact that the Henschel tank had been the successful contender, Porsche had already completed 100 of the hulls intended for their design complete with running gear. This represented a major commitment in terms of man-hours and materials which the German Army could not let go to waste. It was therefore decided to use most of the completed chassis as the basis for a new heavy tank destroyer.

The new vehicle, nicknamed ‘Ferdinand’ after its designer Ferdinand Porsche, underwent testing in April 1943. Following this they were committed to action during Operation Citadel. While the vehicles proved to be very successful accounting for the destruction of large numbers of Soviet tanks, it became apparent that they were very vulnerable to attacks from infantry as they carried no effective anti-personnel weapons. There were some ad hoc and rather dangerous solutions attempted to try and solve the problem, such as firing a heavy machine gun down the main gun barrel via an adaptor which had limited success. Attempts were also made to carry troops into action riding on the vehicle to provide it with a measure of protection, though their exposed position let to appalling casualty rates. 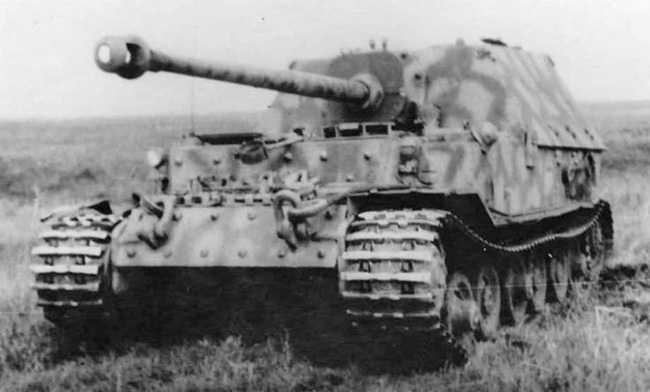 Eventually the vehicles were returned to Germany for overhaul and some badly needed modernisation. The result of these changes was a vehicle known as the ‘Elefant’. These vehicles had a cupola added for the commander with periscopes to allow him to see what was going on without putting his head outside the vehicle. A heavy machine gun was also added on a ball mount on the front of the hull providing much needed protection from enemy infantry. The refurbished vehicles were also coated in Zimmerit paste – a concrete-like material intended to prevent intrepid infantry from attaching magnetic mines to the hull.

While successful in its intended role the vehicle’s huge size and weight were constant disadvantages. It was difficult to manoeuvre and transporting it across rough or boggy terrain or over bridges was always going to be a major problem. The vehicles were also prone to breakdowns and being so large they were very difficult to recover with many having to be blown up by their crews to avoid them falling into enemy hands. 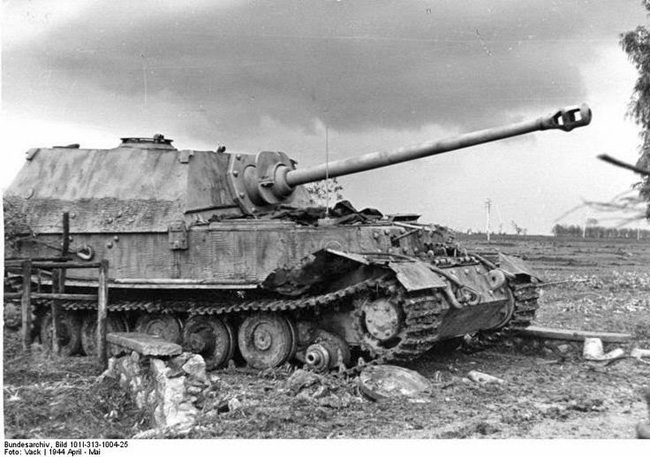 I believe that the Dragon Models Limited kit of the Elefant has been around for almost 20 years, but despite this it is probably still the best kit of the vehicle available being far superior to the older Italeri offering. The kit has been released in several forms over the years with the similar Ferdinand being released by the DML offshoot Cyberhobby based on the original moulds. 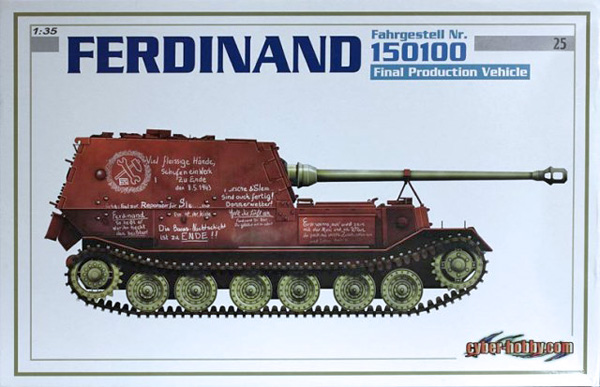 The version of the kit that I built came with moulded-on Zimmerit anti-magnetic mine paste. I must say that I was very impressed with this and I felt that the rendition of the Zimmerit was far superior to anything that I could have attempted myself. 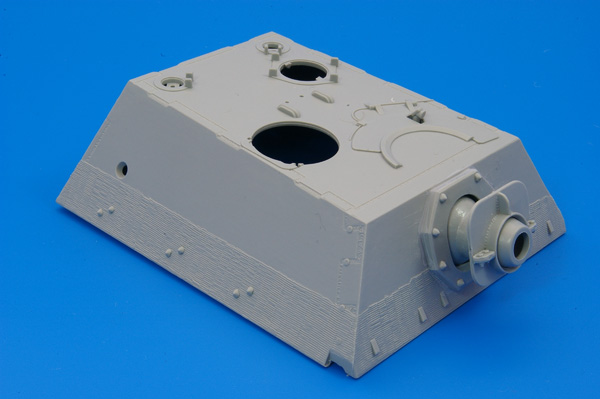 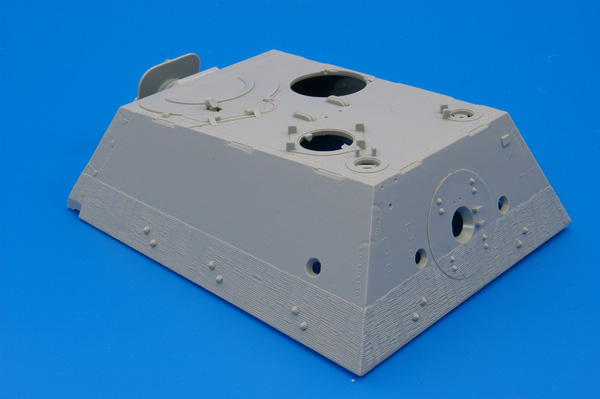