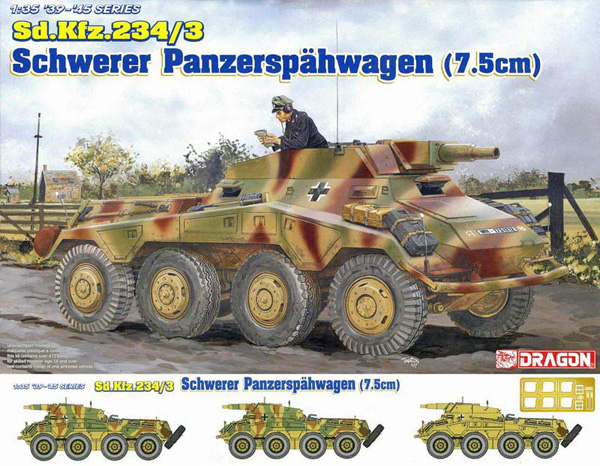 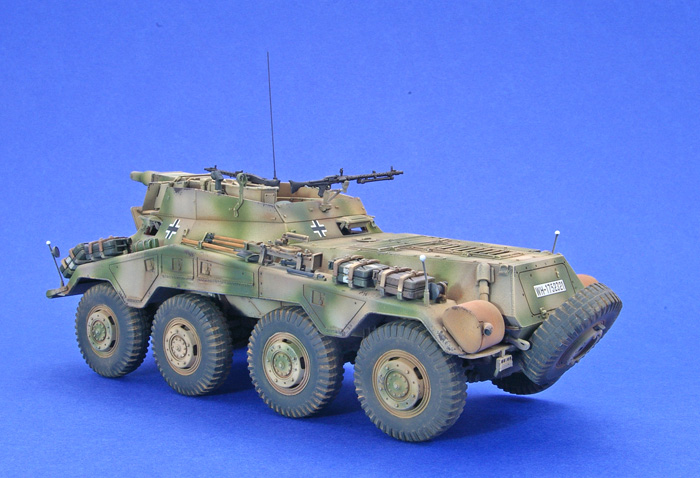 The Sd.Kfz. 234 eight-wheel armoured cars were developed in Germany during the early years of the Second World War. The vehicles had full eight-wheel drive and featured two driver’s positions, one at the front and one at the rear, so that they could be driven either forwards or backwards very quickly.

They were similar to the earlier Sd.Kfz. 231 armoured cars but had an armoured ‘power unit’ to which the suspension was attached. Their armour was heavier than the earlier vehicles and there was more room inside the crew compartment.

There were four main variants produced.

The Sd.Kfz. 234/1 had an open topped ‘Hängelafette’ turret armed with a 20mm cannon. 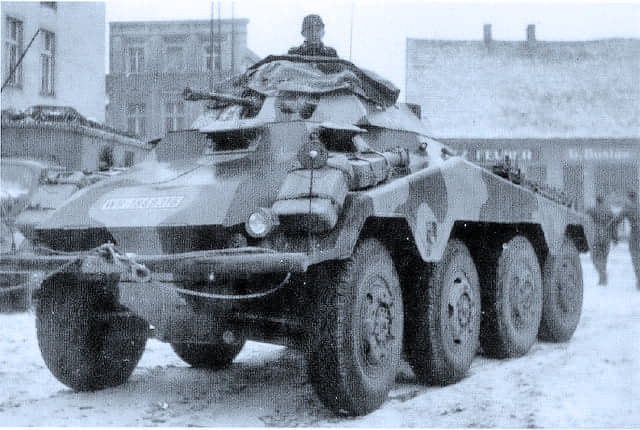 The Sd.Kfz. 234/2 used a fully enclosed turret, carrying a 50mm gun which was originally intended for the cancelled Leopard tank project. 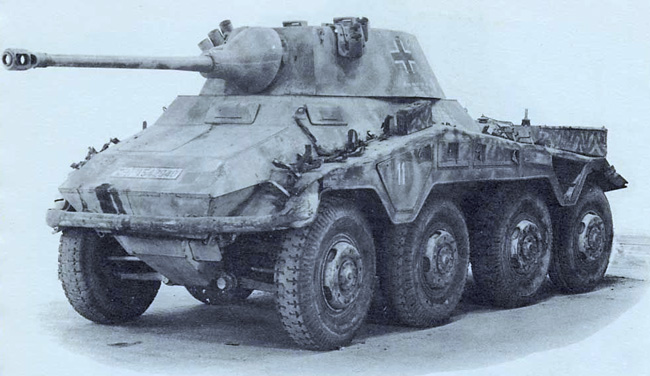 The Sd.Kfz. 234/3 was intended as a close support vehicle. The open-topped superstructure carried a short barrelled 75mm gun. 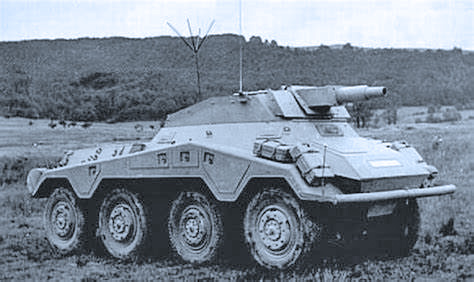 The Sd.Kfz. 234/4 was armed with a long barrelled 75mm gun. This weapon was best known as an anti-tank gun, but the light armour on these vehicles meant that they were unsuitable for engaging enemy armour. The Sd.Kfz. 234/4 was therefore used more often in the armed reconnaissance role. 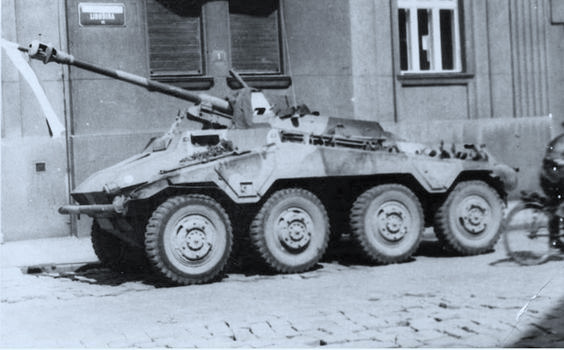 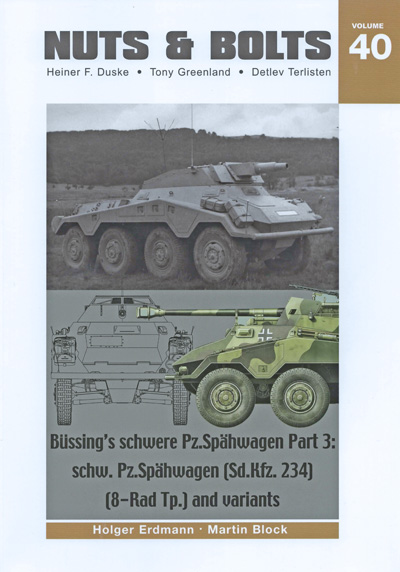 There were two other ad-hoc variants built, one of which was fitted with the turret from a Lynx tank and one with a 20mm cannon in a ‘Schwelbelaffette 38’ turret.

Two other versions, one armed with the L48 75mm gun and one with a triple gun ‘Drilling’ turret were proposed, but these were never completed.

These vehicles were ahead of their time and captured examples proved to be of great interest to the allies at the end of the war, with the design forming the foundation of some of the large multi-wheeled armoured cars still in use today.

During this project I found that a very useful reference source was the ‘Nuts & Bolts’ publication on the Sd.Kfz. 234 (Volume 40).

This book contains highly detailed descriptions of the development and operational use of these vehicles. There are many wartime photos as well as comprehensive ‘walk around’ photos of preserved vehicles (both inside and out) including detailed photos of the radio equipment etc.

There are also 1:35th scale three-view drawings and several illustrations showing the colour schemes applied to the different variants. Some pictures of excellent 1:35th scale models are also included.

I would highly recommend this very comprehensive book to anyone with an interest in these vehicles.