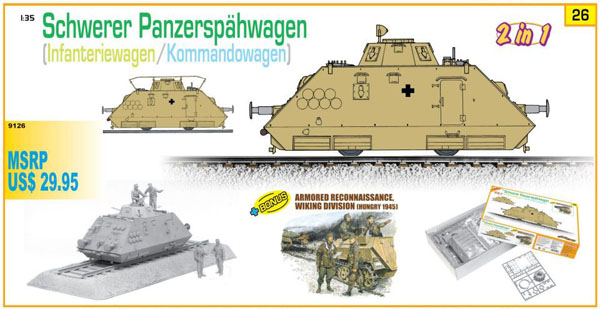 “The End of the Line”

This article uses as its centrepiece Dragon Models kit of the motorised armoured rail wagon, the Schwerer Panzerspahwagen used to patrol railway track. With the railway being the essential supply route for German Armies in Russia, it was vital to protect the lines from sabotage.

As the war changed in favour of the Russian armies in WW2, the Germans were forced to retreat in the harsh winter conditions. Supply shortages resulted in equipment having to be abandoned which at a later stage would be recovered or destroyed by the Russians.

The diorama aims to depict an armoured wagon which having survived the ravages of war and winter has been brought to a railway siding in Spring to be stripped of its parts for scrap. The wrecking crew have set up their work area near a light crane having swung their hand wagon and tools into the confines of the platform end to prevent “use without the owner’s permission”. Work has just begun with the roof removed to allow access to the interior where one of the crew has started to strip out parts. 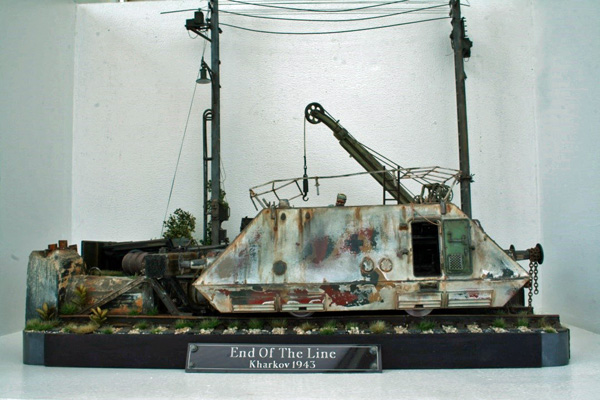