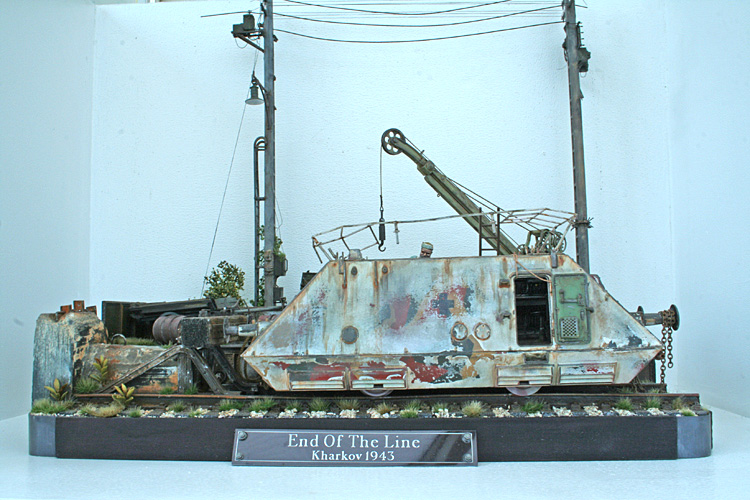 A note from Geoff…
It’s ok, you’re not losing it… you may have noticed that we already have a short feature article from James on this build in Armour-Finished Now-Dragon. Since that time James has discovered more photos of the build-up and so I have included this new material in this version. There are a few different photos of the completed project in the Dragon entry so do check that out if you’re interested to see more of Jame’s excellent finished project – and another great example of storytelling in scale modelling.

This article uses as its centrepiece Dragon Models kit of the motorised armoured rail wagon, the Schwerer Panzerspahwagen used to patrol railway track. With the railway being the essential supply route for German Armies in Russia, it was vital to protect the lines from sabotage. 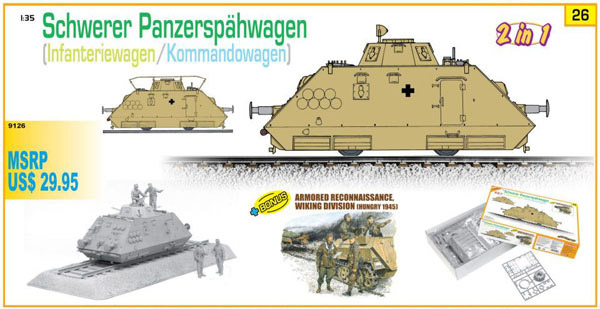