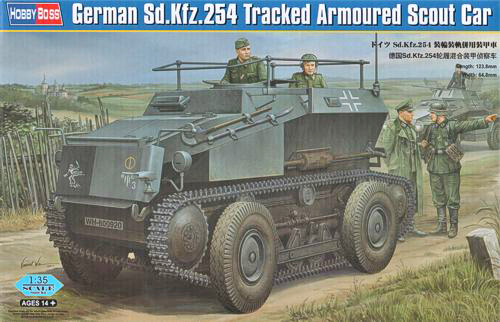 Here’s a quick look at how it all turned out, right up front… 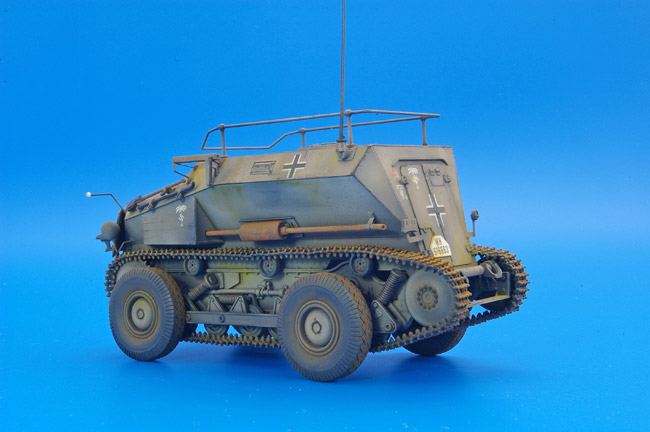 In Germany during the 1930s experiments were carried out around the concept of adding tracks to a wheeled vehicle to enable it to travel more easily over rough ground. The original idea was to add a roller between the front and rear wheels of a truck. Tracks could then be wound between the rear set of wheels and the rollers. This was a similar concept to that used on the Soviet BA10 armoured cars where tracks could be wound around the two sets of rear wheels.

As may be imagined, attaching and removing the tracks was a slow and difficult process and one which would be extremely dangerous under fire.

The Austrian Army became interested in this concept and further developed the idea producing vehicles which had complete sets of tracks permanently fitted. The vehicles carried a set of road wheels which could be lowered to allow them to travel along roads and then raised to allow them to travel on tracks when required. Both the Austro-Daimler and Saurer companies built examples of these vehicles. The Saurer design was given the Austrian designation RR7.

In March 1938 when Austria was annexed by Germany, all of its military production was taken over by the German Army. Despite the Germans having embraced the half-track concept by this time, they took over the Austrian vehicles with the Saurer design being given the designation Sd.Kfz. 254. Production continued after the German takeover with around 160 vehicles being produced. These vehicles were issued to German units in 1940 seeing action in both Europe and in North Africa.

Two of the vehicles serving in North Africa were captured by the allies during the war. One was sent to Britain for evaluation and testing and the other to America. Only the vehicle sent to America seems to have survived. This has now been returned to Germany for restoration.

The HobbyBoss kit first appeared in 2012. It is moulded in tan coloured plastic in typical HobbyBoss fashion. The parts are well moulded with no flash or sink marks.

There is a small etched sheet containing some of the smaller, more delicate parts such as a rain guard for the rear doors, the rear step and supports for the rear lights. There are no plastic alternatives for the etched parts. 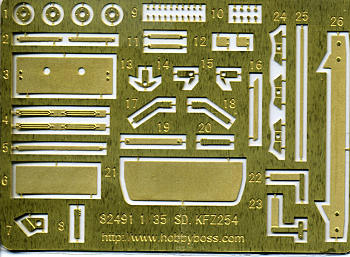 The kit provides a set of vinyl tyres which I’m afraid I thoroughly dislike. I suppose that using this material allows manufacturers to incorporate complex tread detail into the tyres, something which might otherwise be difficult to achieve in injection moulded plastic. However, I always have problems getting paint to adhere to vinyl.

(Ed: …do check out your Techniques Bank for how you can create very realistic looking rubber/vinyl tyres without painting them!

Also… in my epic build of the huge Airfix 1:24 Hawker Hurricane there’s a better video showing the finishing process using pastels – it matters not that the subject is an aircraft, the same process will work for subjects like this HB SdKfz254. GC)

There is no interior provided apart from the opening mechanisms for the vision ports.

Single link tracks are provided. The links themselves are very small and so assembly and alignment was rather fiddly, and the assembled track runs proved to be very fragile.

The instructions are clear and logical. However, they state that the wheels should not be glued in place, presumably with the intention that they could be raised and lowered on the completed model just as on the real vehicle. Unfortunately, I could see no way of securing them in their raised position without gluing them in place. In the lowered position they would sit on a flat surface at the same level as the tracks which was not the way that the vehicle actually worked.

Markings are provided for two vehicles, one serving in Europe finished in early-war dark grey and the other serving with the Afrika Korps having been overpainted in a sand / brown colour known as Gelbbraun.