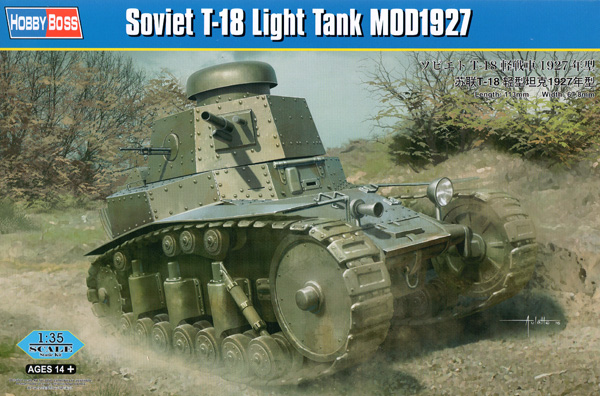 Just before we start…
Geoff here – I just wanted to drop in a couple of photos of Dai’s very presentable T-18 Soviet Light Tank right up front – nice job Dai! 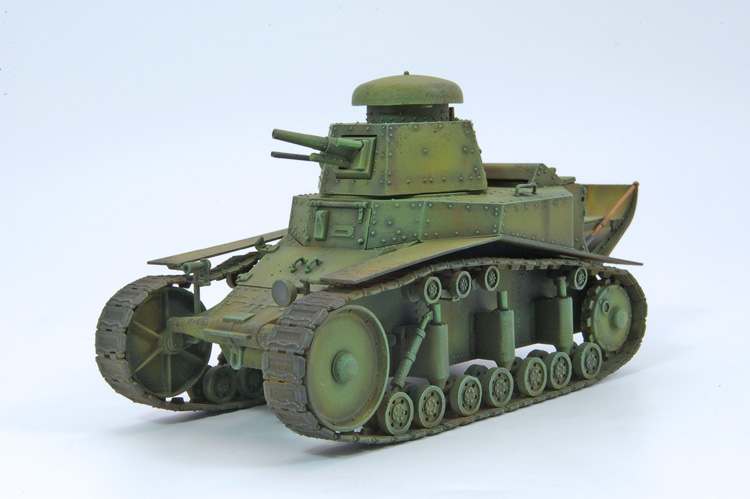 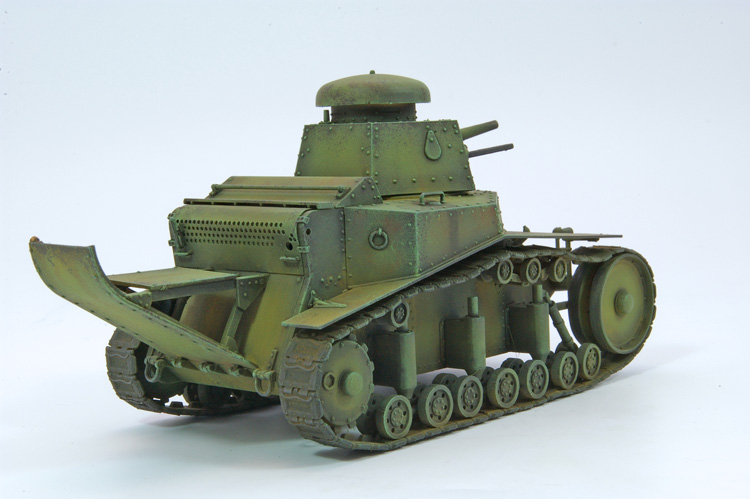 The subject of this build is the Hobby Boss Soviet Light Tank (Model 1927) kit.

The T18 was one of the first Russian designed tanks, appearing in 1927. The vehicle like its predecessor the T16 was based on the French Renault FT, but used a different suspension. Tests with the vehicle were not particularly successful with its performance over rough ground and its trench crossing ability leaving much to be desired. Despite this, a production order was placed and further trials were carried out in order to improve the trench crossing issues. These led to a ‘tail’ being added to the front of the vehicle similar to that already carried on the rear. Though this did in fact increase the width of trenches that could be crossed, it interfered with the driver’s visibility and so the idea was abandoned.

The chassis was further developed to produce the SU18 assault gun. At the time of writing I believe that a kit of this variant may be due from Hobby Boss in the near future.

The box art depicts a vehicle carrying a light machine gun next to the main armament in the turret. However, the kit is slightly different with what appear to be two machine guns in this location. A quick search around the internet revealed photos of the T18 with several armament configurations in several types of turret including the one that could be built from the parts provided in the kit. However, those wishing to build the particular variant shown on the box top will have some extra work to do.

The kit has 120 parts spread over four sprues with three separate parts for the upper and lower hull and the turret. These are all cleanly moulded with no flash and only a few mould release pin marks to clean up. The layout of the sprue holding the turret parts suggests that other variants may be released in the future. In addition to these parts there are two sprues of separate track links with 59 parts on each. Each track link has only two attachment points so these were quickly and easily separated from the sprue and cleaned up.

There is a small etched brass fret with ten parts for which there are no plastic alternatives.

The instructions are in the usual Hobby Boss style and are clear with easily followed diagrams. 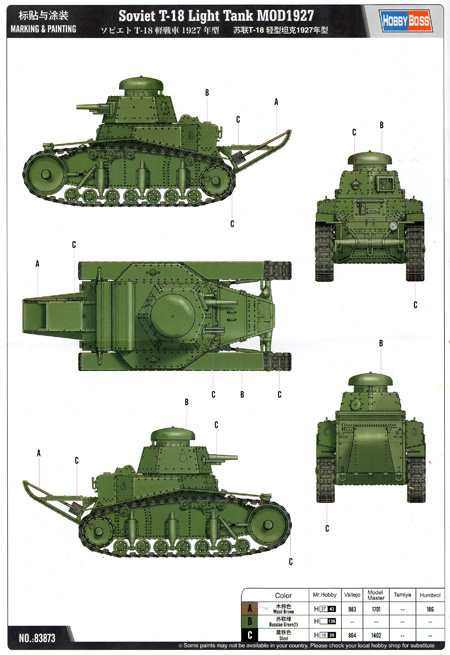 There is only one colour scheme on offer which is an overall dark green. I must admit that I am a little confused regarding the actual colour used on these vehicles. A search around the various modelling discussion groups on the internet seemed to suggest two options. Some stated that in the interwar period Russian armour would have been painted in a green colour known as 3B and that this differed from the wartime green known as 4BO in that it had more of an olive hue. However, I have seen others that stated that the interwar and wartime colours were in fact the same and that only the colour designation actually changed from 3B to 4BO. Feeling that I wasn’t going to get a definitive answer any time soon, being aware that the world might end at any moment and knowing that the effects of sun, rain, dirt and general wear and tear would change the colour anyway, I decided to paint my model in much the same way as a Soviet wartime vehicle and have done with it. 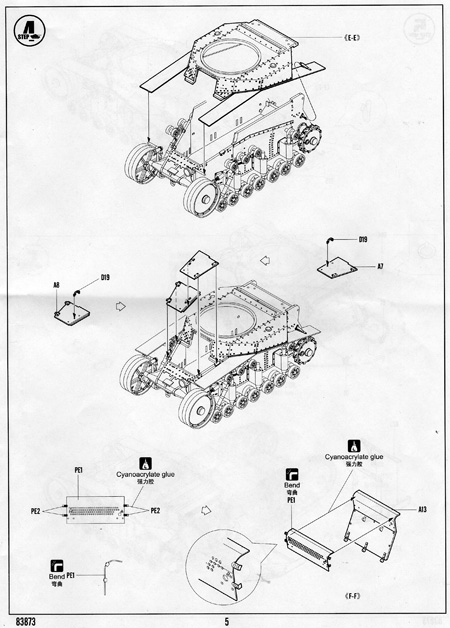