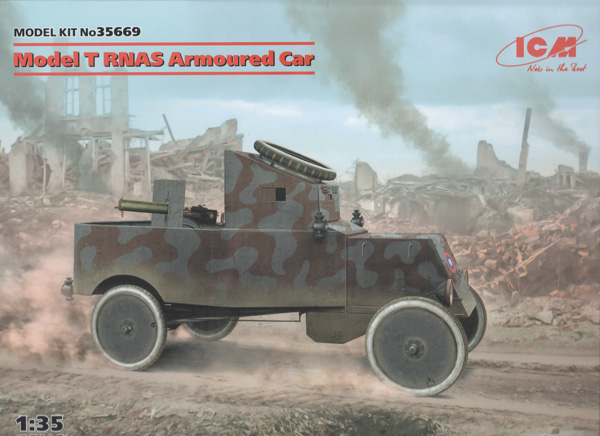 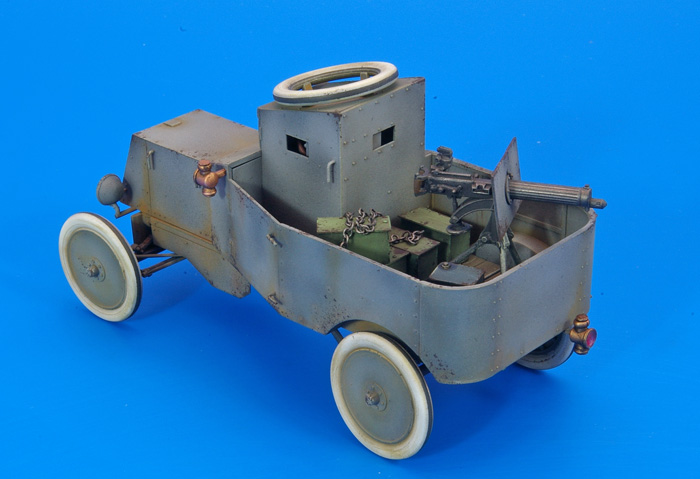 The Ford Model T was used extensively by the allied forces during the First World War serving in a number of roles including staff transport and as ambulances. ICM has produced several kits based on the Model T and I believe that a version of the kit has also been released by Revell.

One of the more recent versions of the Model T produced by ICM is the Royal Navy Air Service (RNAS) armoured car which was developed by Petty Officer L. Gutteridge in 1915.

Some of these armoured cars were shipped to Russia and all were apparently abandoned there when British forces were evacuated following the Russian Revolution. They were then used by both the red and white forces.

The vehicle was constructed using the Model T chassis with the addition of armour plates and an enclosure for the driver which looked (to me at least) very much like an outside toilet. 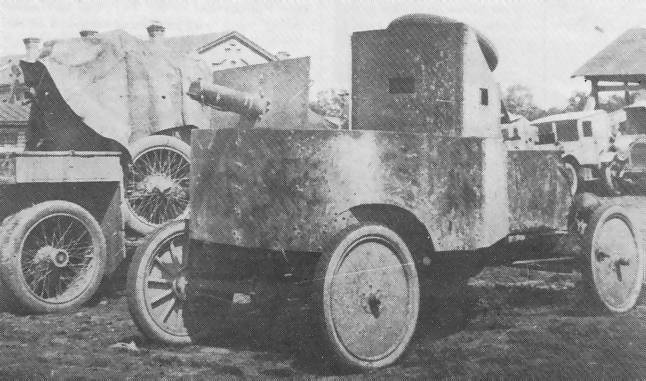 The model is very easy to build. An engine is supplied, but little can be seen of this on the finished model. The angled plates that make up the side armour are supplied in one piece which gets around the potential problem of having to line up several flat plates. These parts fit very well provided the sprue attachment points are thoroughly cleaned up.

The plastic used by ICM is rather soft. This makes it easy to work with, but also means that care must be taken when removing sprue attachment points and cleaning up the parts to avoid damaging them. 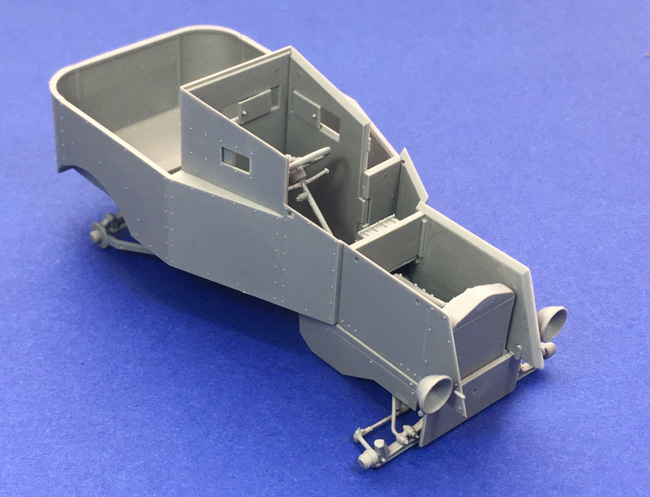 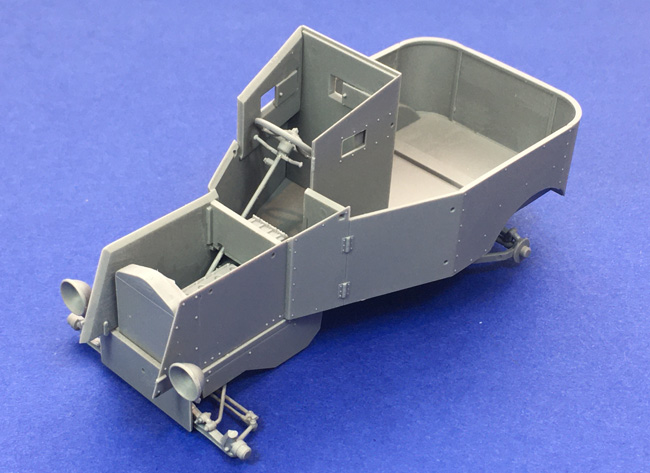