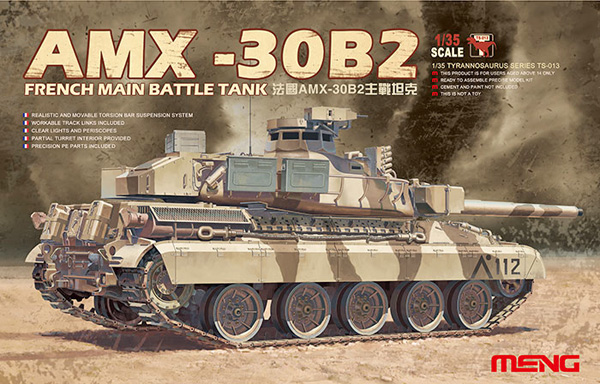 The AMX-30B2 was the French Army’s Main Battle Tank up until the end of the 20th century, entering service in 1967. Designed with firepower and mobility in mind, the AMX was light by comparison to its counterparts, weighing in at only 36 tonnes. It’s main armament was a CN-105 F-1 105mm L/56 rifled gun, which dispensed with a bore evacuator, using instead, a compressed air system to clear any air from the barrel after firing. In addition to the main armament, the AMX carried a potent 20mm auto cannon mounted on the left of the main gun, elevating independently or together with the main gun. For self- defence, an F1 7.62mm machine gun was fitted to the commanders turret.

During the 1991 Gulf War, AMX-30B2’s of the 4th Dragoon Regiment attached to the French 6th light Armoured Division along with the US XVIII Airborne Corps formed a western attack group to attack Iraqi troops in the Euphrates River Valley. They, along with the US XVIII Corps, surrounded and annihilated Iraqi Republican guards units, and in addition, cut off the the retreat of enemy troops around Basra and kept enemy troops in the Baghdad area from being able to reinforce the southern forces. 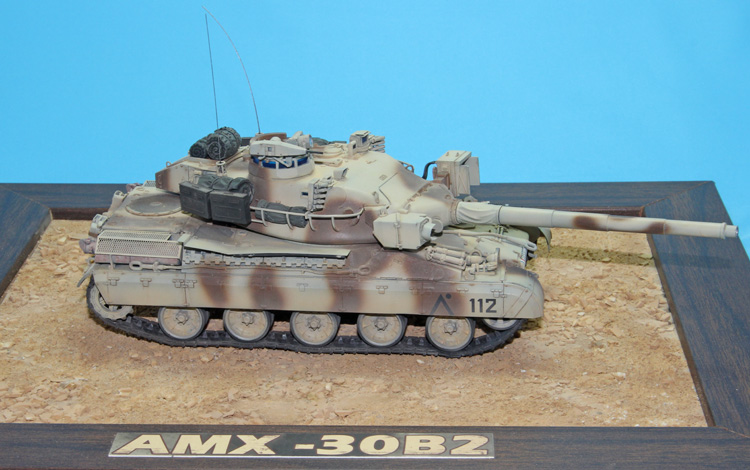 A note from Geoff…
Here’s a quick look at Mark’s completed AMX 30B2 French MBT – nice work Mark and I think everyone else will love it too! Great job. :) 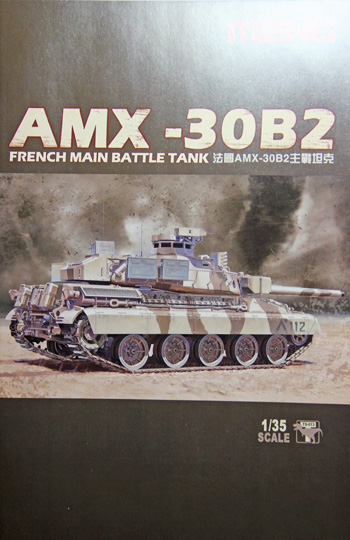 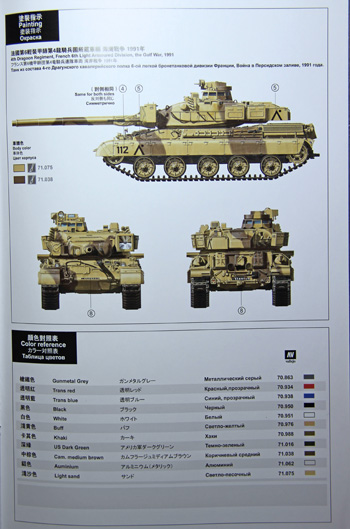 This is Meng’s second boxing of the AMX-30. This time is the B2 version as used in the ’91 Gulf Conflict. Markings for just one vehicle is shown in the painting guide although there are separate numbers provided to represent other tanks in the conflict. 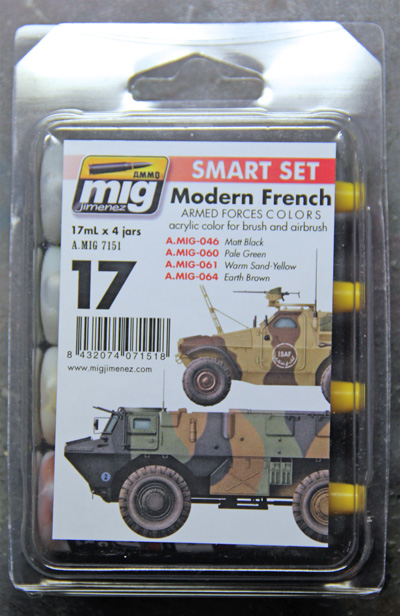 I invested in a set of “Ammo Modern French Armed Forces colours” by Mig Jimenez.