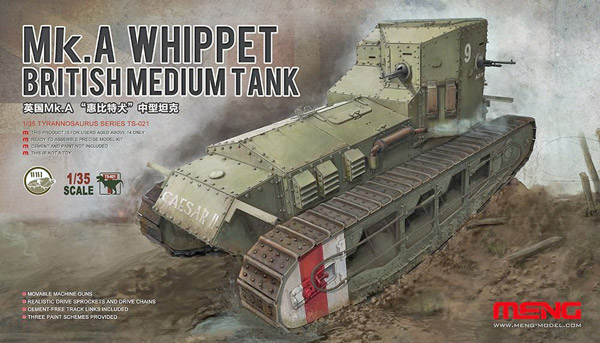 A note from Geoff…
As I have Dave’s completed build in now, here is a photo of how it all turned out – nice model by the look of it and very well finished. Thanks Dave. 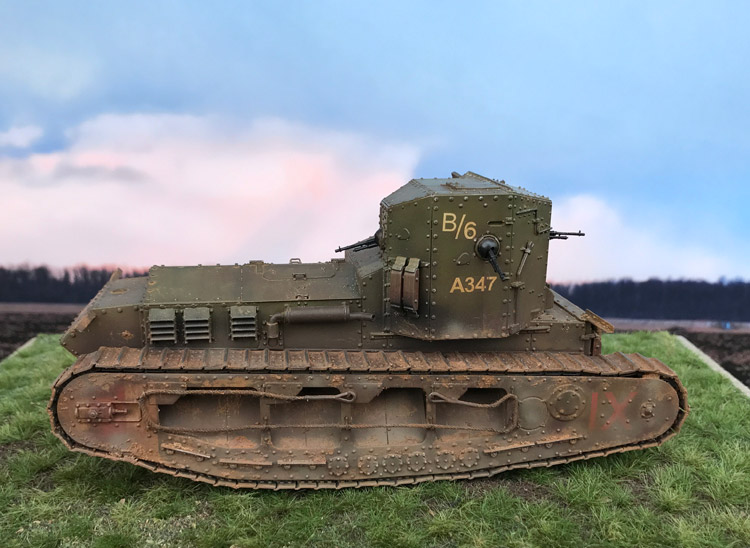 Courtesy of Wikipedia
The Medium Mark A Whippet was a British tank of the First World War. It was intended to complement the slower British heavy tanks by using its relative mobility and speed in exploiting any break in the enemy lines. Whippets later took part in several of the British Army’s post-war actions, notably in Ireland, North Russia and Manchuria. 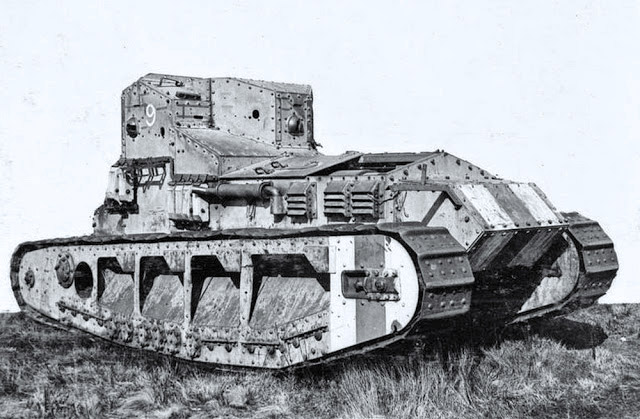 Whippets arrived late in the First World War, at a time when the entire British Army, recovering from the offensives in Flanders, was quite inactive. They first went into action in March 1918, and proved very useful to cover the fighting withdrawal of the infantry divisions recoiling from the German onslaught during the Spring Offensive. Whippets were then assigned to the normal Tank Battalions as extra “X-companies”. In one incident near Cachy, a single Whippet company of seven tanks wiped out two entire German infantry battalions caught in the open, killing over 400. That same day, 24 April, one Whippet was destroyed by a German A7V in the world’s second tank battle, the only time a Whippet fought an enemy tank. 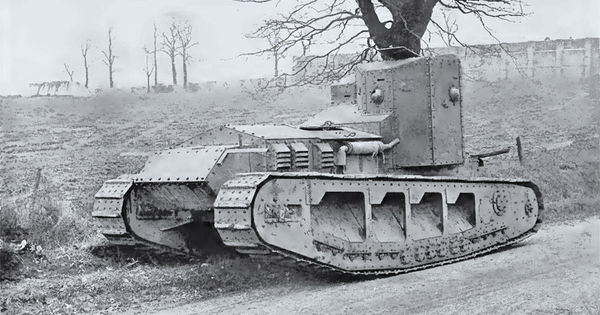 British losses were so high however that plans to equip five Tank Battalions (Light) with 36 Whippets each had to be abandoned. In the end only the 3rd Tank Brigade had Whippets, 48 in each of its two battalions (3rd and 6th TB). Alongside Mark IV and V tanks, they took part in the Amiens offensive (8 August 1918) which was described by the German supreme commander General Ludendorff, as “the Black Day of the German Army”. The Whippets broke through into the German rear areas causing the loss of the artillery in an entire front sector, a devastating blow from which the Germans were unable to recover. During this battle, one Whippet – Musical Box – advanced so far it was cut off behind German lines. For nine hours it roamed at will, destroying an artillery battery, an Observation balloon, the camp of an infantry battalion and a transport column of the German 225th Division, inflicting heavy casualties. At one point, cans of petrol being carried on Musical Box’s roof were ruptured by small-arms fire and fuel leaked into the cabin. The crew had to wear gas masks to survive the fumes. Eventually, a German shell disabled it and as the crew abandoned the tank one of them was shot and killed and the other two were taken prisoner. 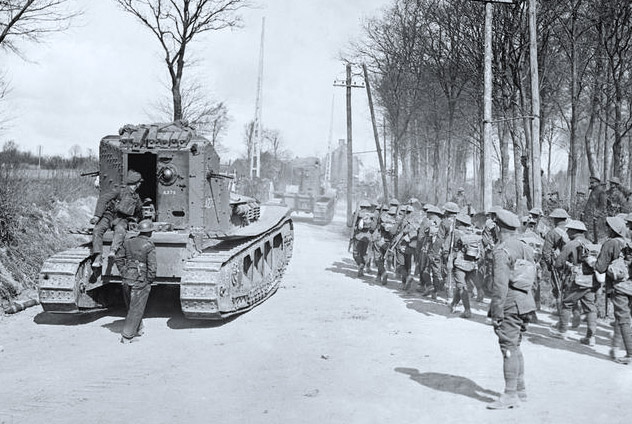 The Germans captured fewer than fifteen Whippets, two of which were in running condition. They were kept exclusively for tests and training purpose during the war, but one of them saw action afterwards with the Freikorps in the German Revolution of 1918–1919. The Germans gave them the designation Beutepanzer A.

After the war, Whippets were sent to Ireland during the Anglo-Irish War as part of the British forces there, serving with 17th Battalion, Royal Tank Corps. Seventeen were sent with the Expedition Forces in support of the Whites against Soviet Russia. The Red Army captured twelve, using them until the 1930s, and fitted at least one vehicle with a French 37 mm Puteaux gun. The Soviets, incorrectly assuming that the name of the engine was “Taylor” instead of “Tylor” (a mistake many sources still make) called the tank the Tyeilor. A few (perhaps six) were exported to Japan, where they remained in service until around 1930.