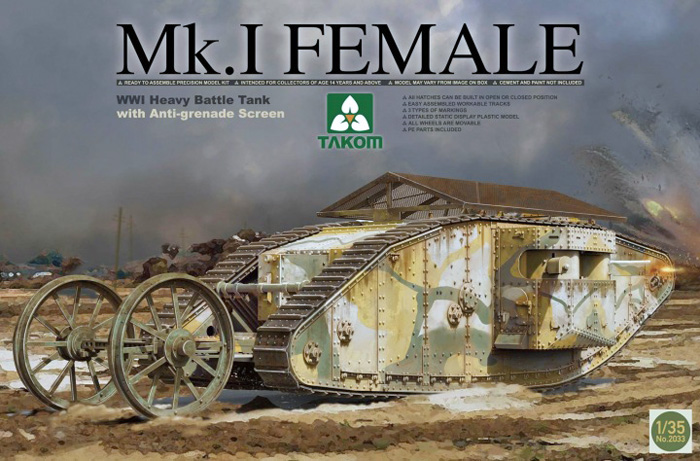 The 100th anniversary of the beginning of the First World War was a great time for armour modellers as it signalled an outpouring of kits from a number of manufacturers. Prior to this the available 1:35 scale kits of vehicles from this period were limited to elderly Emhar offerings or perhaps some expensive resin productions. Since then some excellent injection moulded kits have been produced by manufacturers such as Takom, Hobby Boss and Meng, with even Tamiya entering the market with their Mk.IV.

The subject of this build is the Takom Mk.1 Female kit. I believe that Takom has released a number of versions of the kit and I found this one particularly interesting because it included the large (though not particularly effective) steering wheels at the rear of the vehicle.
Here’s a quick look at my finished model – hope you like it? 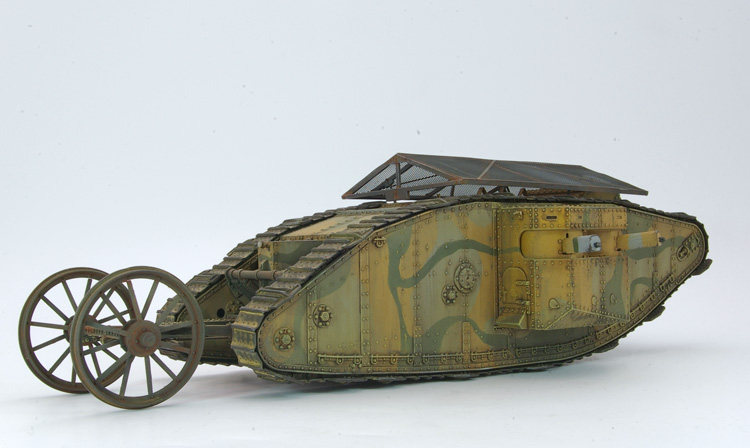 I had previously made Takom’s Tadpole kit and so knew, more or less, what to expect from this one as the two are very similar. That project was essentially trouble-free, so I was not expecting any problems, although there were a few areas where care needed to be taken.