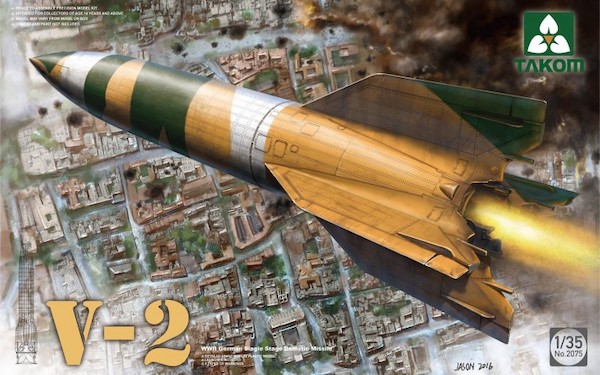 The V-2 or Aggregat 4 (A4) to give it it’s correct technical title is an instantly recognisable and emotive subject. As many of you will know Takom have released a number of kits including the V-2 with various support and launch vehicles. Wanting something smaller I opted for this boxing, which just includes the V-2 and the small portable firing platform. This is a short summary of a really enjoyable build I completed last year.

The test versions of this weapon are iconic with their black and white paint jobs, and as such I just had to do one of these. My plan was to build what is accepted as the first successfully launched V-2 from Peenemunde. This was V4 (Vehicle 4) the 4th test specimen, and successfully flew on 3rd Oct 1942 and was recorded as the first man made object to enter space.

The aim was to build this with a few extra details added around the launch platform, which I scratch, built using my references. As I read more I found that most of the early test vehicles had some form of artwork (rather like nose art, but on the tail…), and V4 was no exception having a young woman in stockings, riding on a V-2 through the crescent of the moon. Fortunately Peddinghaus decals do stencil sets, which include the art works for both V3 and V4.

The main reference I used was;
• V2 The A4 Rocket from Peenemunde to Redstone – Design – Development – Operations, by Murray R Barber

This is a fantastic one-stop guide with lots of amazing photographs and diagrams, which helped my build tremendously. 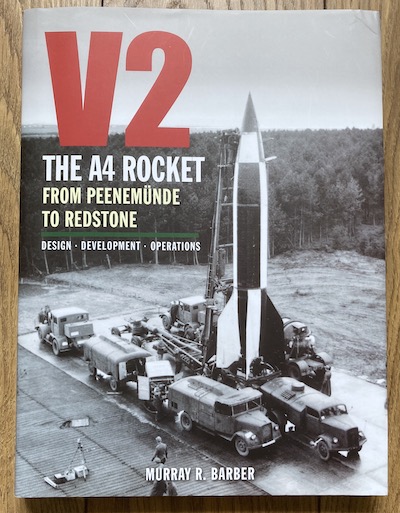