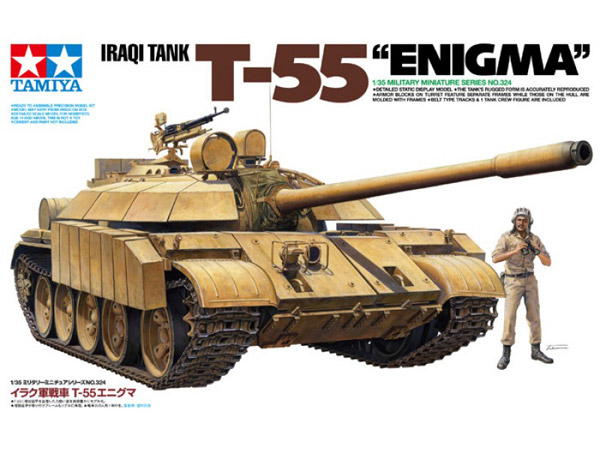 A quick note from Geoff C…
I just had to show you a photo of how Roger’s impressive model turned out right here at the start – nice, isn’t it? Love work Roger – over to you! 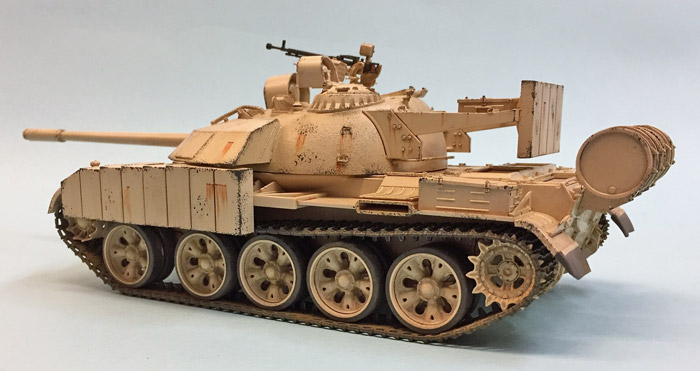 Since the T-54/55s were introduced in the period after WWII, the basic design was becoming obsolete by the 1980s. Many countries thus developed upgrades in order to modernise the T-55 and Iraq was no exception.

Although the official Iraqi designation is not known, their upgraded variant was called T-55 “Enigma” by Coalition forces during the 1991 Gulf War.

This Iraqi variant focused on armour upgrades and was likely modelled after the T-55AM, which featured extra armour blocks on the glacis and turret.

The Enigma expanded on this to also include armour blocks on the sides of the hull and the rear of the turret. These blocks were made up of armour plates welded into boxes to create a sort of spaced armour and they were then attached to the hull and turret.

Two large blocks with holes to allow access to the tow hooks were bolted to the glacis, with the left block positioned lower to aid the driver’s field of vision.

A smaller armour block was installed on the front section of each mudguard and eight other blocks were mounted along each side of the hull.

Two sets of four armour blocks curved along the front and sides of the turret, with the forward left side block hinged to facilitate driver ingress/egress.

Two long arms extended from the rear of the turret, onto which armour blocks were installed to serve also as a counterweight.

Although the armour blocks on the Enigma looked similar, poor construction meant they each differed slightly in size.

This is a very fine kit from Tamiya, every part is superbly moulded and I found it to be a pleasure to build.

The kit comprises a lower hull, upper hull and seven sprues containing the remainder of the parts.

One piece vinyl tracks are supplied together with a bag of poly caps and a sheet of nylon mesh which has to cut to size to fit the engine covers.

Sprue E and F contain the parts required to make up the Enigma variant.

The original T-55 kit dates from 2002 and the Enigma variation has the date 2012 inside the upper hull which has been re-tooled to include attachment points and bracing for the additional armour.

The turret has also been re-tooled with attachment points for the extra armour. 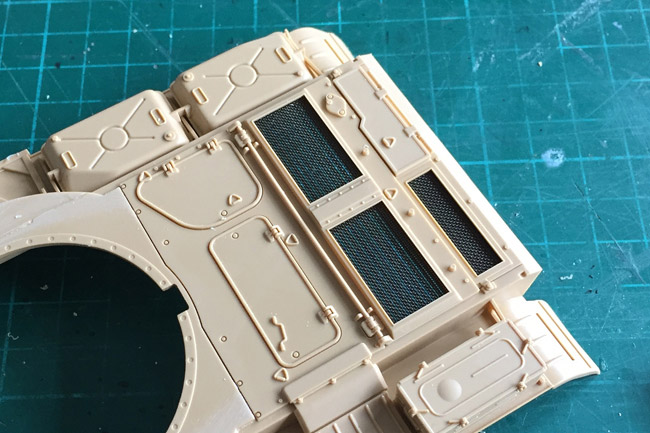 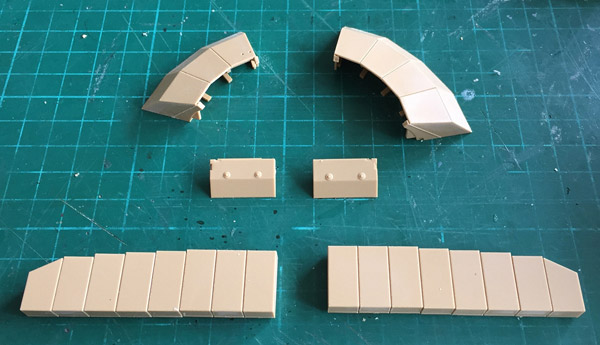