The 2nd New Zealand Division had a reasonable armour component when it fought in Italy. Whilst not actually part of the British Army it was pretty much equipped as a British Army Division would be. As such it utilised a number of Sherman variants including the Firefly and a few M-10 and M-10 Achilles.

This kit was built for the 2018 NSW Scale Model Show’s “Panzer Tracks” Trophy. Stowage and metal barrels are allowed so I dug the Legend Stowage set from the stash although I didn’t use the bits for the front.

The Tamiya 1:48 kits are always a pretty simple build, although the M10 with its open compartment added an hour or so to the build time. If you look up under the hull that covers the tracks, you can see through into the hull. To resolve this I simply added some card, but to be honest you really have to look hard to see it. 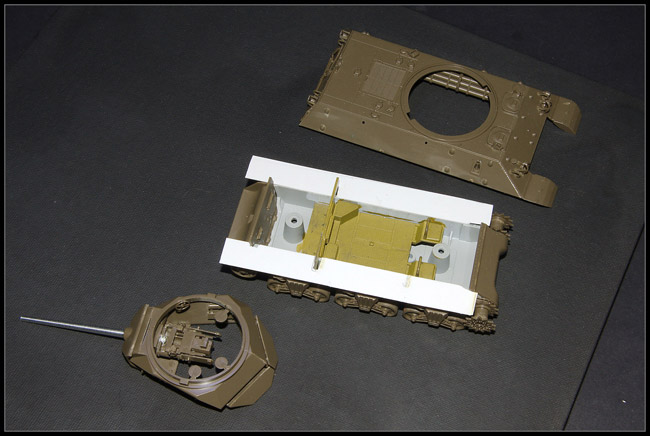 Instead I decided to try and simulate what I’d seen on photos in my references. I added some card on the front to simulate some metal bar welded on in the field. Stowage pieces from various Black Dog and Tamiya sets along with some scratch-built items were also used to used.
I first painted the model a home made mixture of US Olive Drab before noticing that the references said the Kiwi vehicles were painted British SCC Olive Drab . I made a mixture from various different colours and ended up with green…. At this stage I’d had enough wasting paint so I decided that this is close enough. 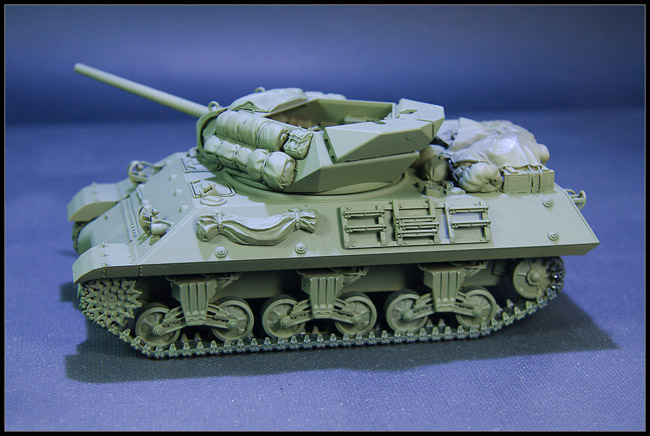 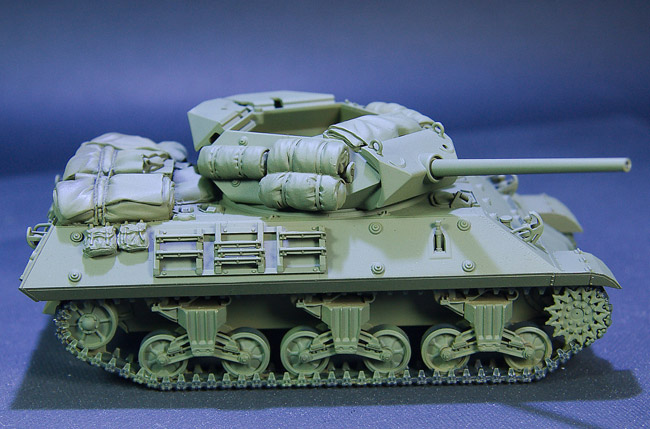 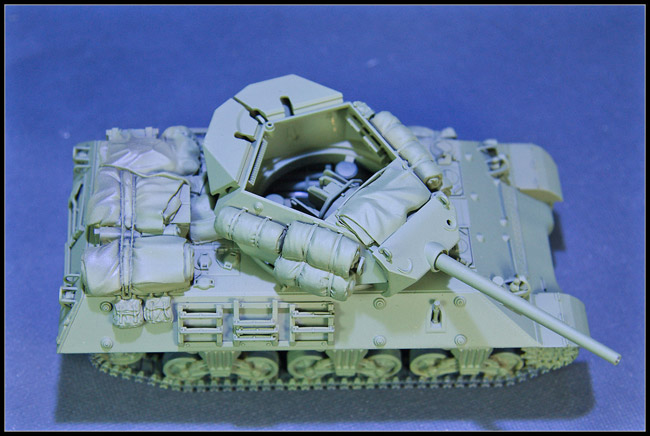