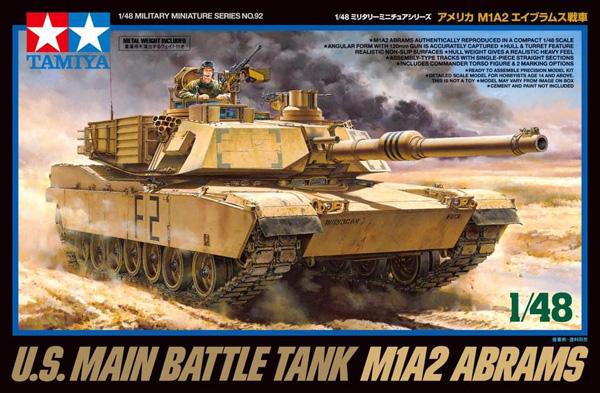 Intro from Geoff C…
So pleased to welcome Calum to SMN and his first and excellent contribution of his Tamiya M1A2 Abrams U.S. MBT. I’m especially pleased because his project is in 1:48 scale, one scale that I have been keen to feature many more projects of in SMN and that’s the plan Calum and anyone one else out there – please do consider contributing one or more of your projects – we’d all love to see them!

Here’s a quick look at how Calum’s M1A2 Abrams turned out – impressive isn’t it? 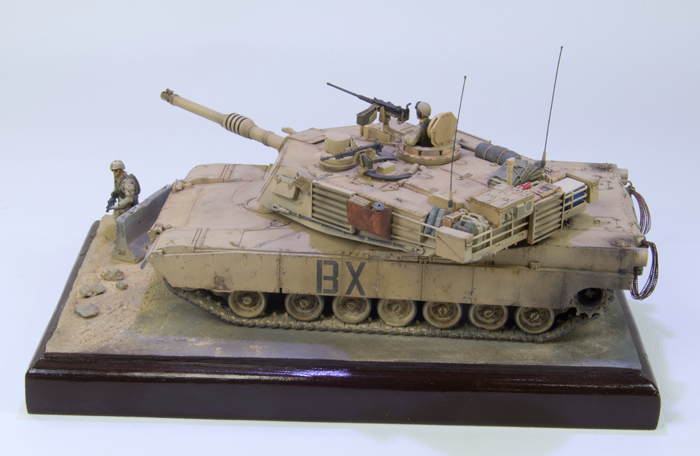 Over to you Calum…

Although I am primarily an aircraft modeller I do like to dabble in armour. To date I’ve stuck to 1:48 armour as it complements the aircraft in my cabinet.

One of the issues with building 1:48 armour is that Tamiya are pretty much the only mainstream manufacturer consistently releasing new subjects. Up until recently they have pretty much ignored modern subjects, so it was good to see the release of a lot of the newer JSDF vehicles. And it was even better to see a Abrams, even it was the least common version. I snapped it up as soon as I could. 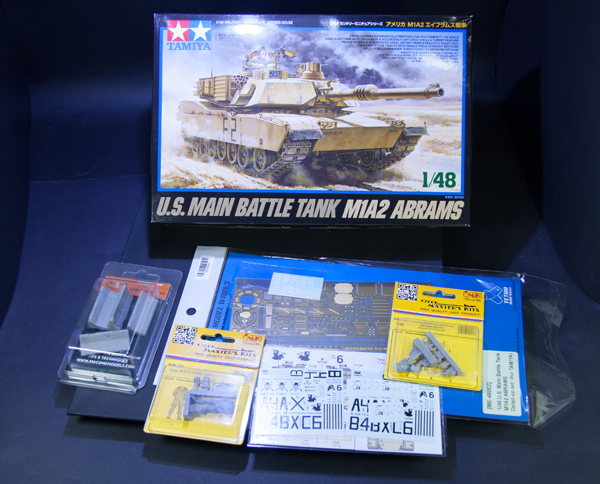