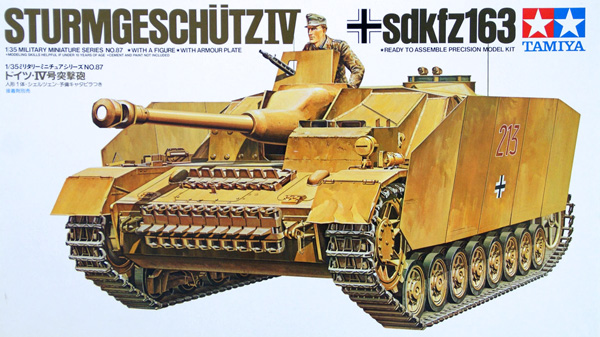 A note from Geoff C…
My apologies to everyone, especially Marcin as I should have got his build into SMN much sooner – don’t ask, just my bad at this end! Here’s a quick look at how it turned out and very nice too as you can see :) Thanks Marcin

Here’s a little bit of background to the StuG IV

The Sturmgeschütz IV (StuG IV) (Sd.Kfz. 167), was a German assault gun variant of the Panzer IV used in the latter part of the Second World War. It was identical in role and concept to the highly successful StuG III assault gun variant of the Panzer III. Both StuG models were given an exclusively tank destroyer role in German formations and tactical planning in the last two years of the war, greatly augmenting the capability of the dwindling tank force available to the German army on the Eastern and Western fronts.

The first known proposal for a Sturmgeschütz on the Panzer IV chassis is in Krupp drawing number W1468 dated February 1943. This initial drawing unitised the outdated Sturmgeschütz Ausf. F superstructure on a Panzer IV chassis. This proposal had a sloped front superstructure with a combat weight of 28.26 tons. Krupp abandoned it in February 1943 because it was too heavy. Plans for the StuG IV were halted.