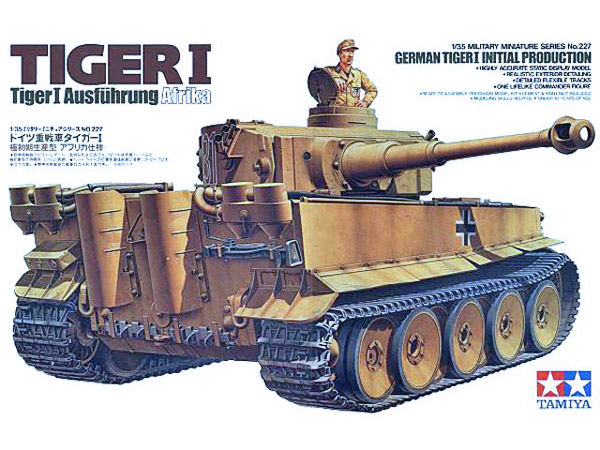 A note from geoff…
This is the second build from Chris to enter SMN and you may have seen his first contribution? The amazing 1:24 scale conversion of the Airfix Sea Harrier FRS.1 to FA.2 configuration – some stunning scratch building and finishing there – simply one of the best aircraft models I have seen in model form, perfectly capturing the subtleties of the original in every way.

Now Chris is back and turns his hand to a great project – the Tiger 1 German heavy tank from WWII. 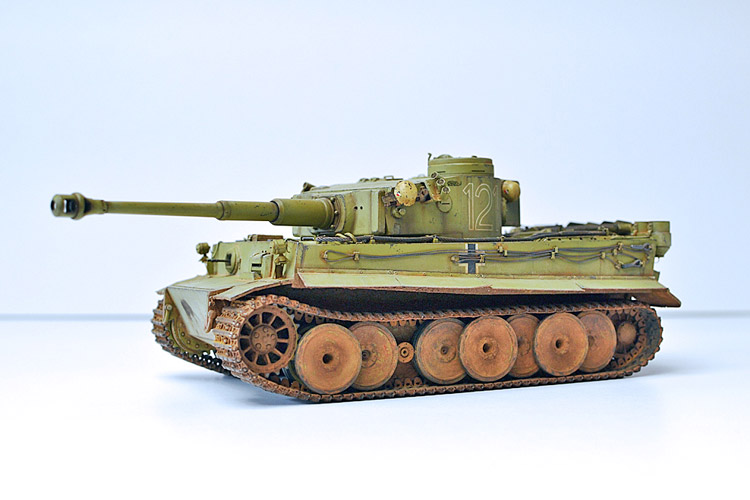 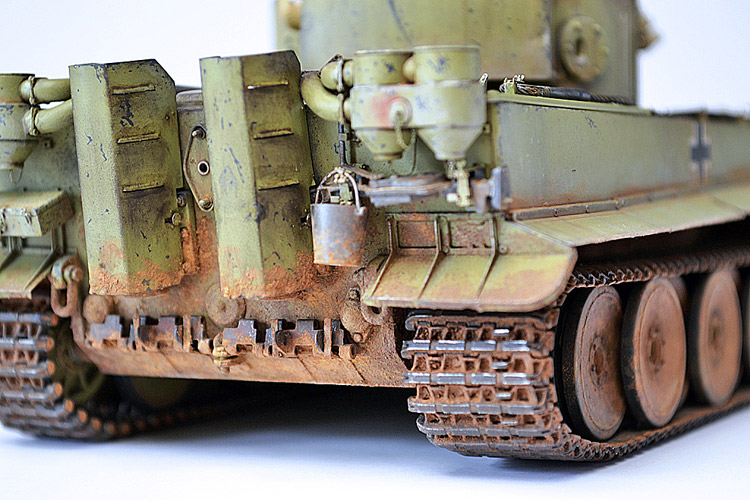 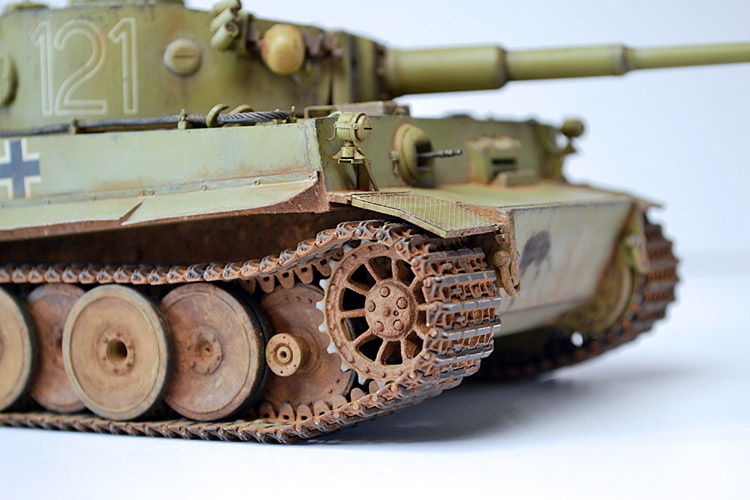 Over to you Chris

The Tiger 1, probably the most famous German heavy tank of WW2. It was deployed from 1942 in Europe and Africa and was the first armoured vehicle mounted with the 8.8cm KwK 36 gun.

1347 Tiger 1’s were built between August 1942 and August 1944 and was a ground breaking design for its time. However, the use of expensive materials and labour-intensive production methods meant that it was over-engineered and prone to track failures and breakdowns, and its range was limited by high fuel consumption.

The Tiger being built here is Tiger 121 used by the 501st Heavy Tank Battalion – Schwere Panzer Abteilung 501 – in North Africa. The first Tigers arriving in Tunisia in November 1942.